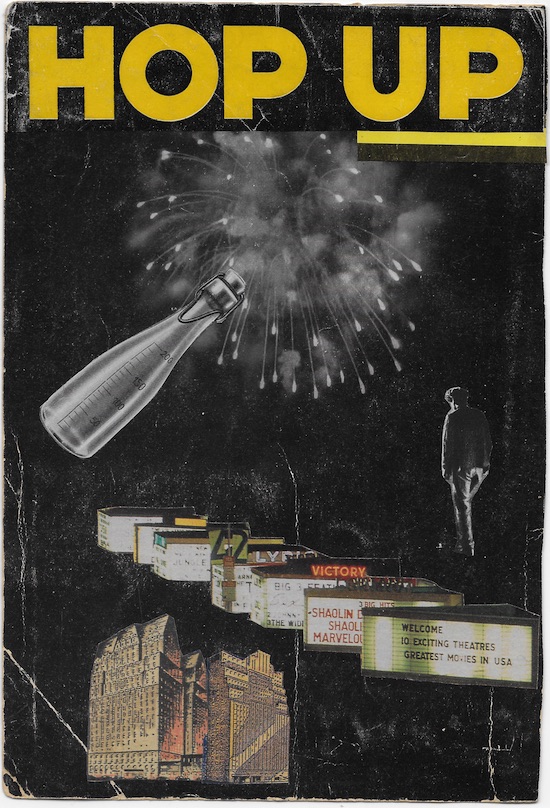 Magazine covers have been a passion of mine since I was a tot in Belgium, finagling to get a copy of Mickey or Spirou at the libraire’s, surrounded by acres of dazzlingly wrong covers of grown-up magazines. As a teenager I think I might have been more inclined to fantasize about my name appearing on a magazine than on a book — magazines seemed cooler, more of the minute. And when a few years later I planned (and now and then executed) dozens of zines (which weren’t yet called zines), I think that above all I wanted to make their covers, which were like pop songs. This one is the cover of a failed magazine for failed juvenile delinquents, who trudged up to the moment as if it were a job.