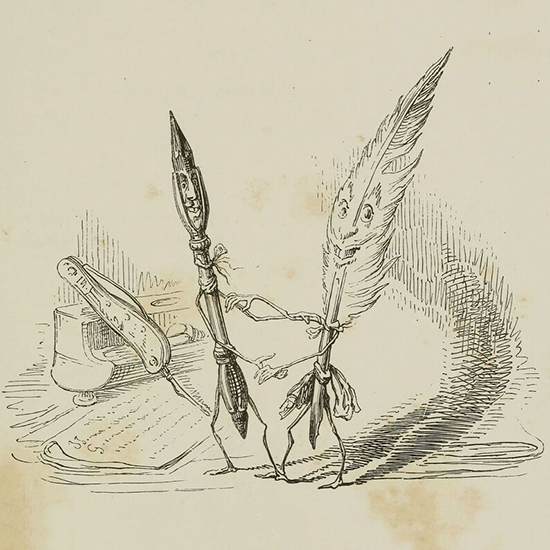 THE WORD FOR FLAUBERT

In the course of two letters to George Sand, written in March-April 1876, Gustave Flaubert formulated a credo for prose writers. In the first letter he wrote:

When I come upon a bad assonance or a repetition in my sentences, I’m sure I’m floundering in the false. By searching I find the proper expression, which is always the only one, and which is also harmonious. The word is never lacking when one possesses the idea.

A week or two later he continued:

Is there not, in this precise fitting-together of parts, something eternal, like a principle? If not, why should there be a relation between the right word and the musical word? Or why should the greatest compression of thought always result in a line of poetry?

Through my father, who had little formal education but appreciated good prose and had once aspired to becoming a writer, I was made familiar early on with the concept of the mot juste, the right word. At first it sounded like a superstition, or maybe some shibboleth that pertained strictly to the highly regimented nuances of French mandarin style. As a teenager I was all about overturning convention and flinging open the gates. Why wouldn’t there be a thousand right words?

At the time I wanted to be a poet, and was drawn to the New York School style I emulated by its demotic and counterintuitive and pop-art qualities. It was only a few years later when I started trying to write song lyrics, with the help of a friend who was a composer, that I began to understand the musicality of language, and what resulted when it was lacking. But my first attempts at musicality were overripe — liquid assonances bursting their skins, Dylan Thomas decorating a cake. I knew how to make a melody but not how to ground it, and I knew how to express a thought but not how to make it sing.

When I began to write prose for money, and thus found myself doing it all the time, I noticed that words are highly individuated — that there are really very few true synonyms. “Hate” and “scorn” and “despise” and “execrate” all mean roughly the same thing, but not exactly; only one of them will work in any specific context. I had by then begun to adopt, as a tactic, the very chancy proposition that there is nothing that cannot be expressed in writing, that there is always one particular alignment of words that will convey the exact nuance the writer has in mind. It was then that I stumbled upon the Flaubert citation. It was like finding religion; I had discovered the doctrine that confirmed my beliefs.

“Doctrine” continues to seem like the right word, because I can’t explain it. “First thought, best thought,” another writerly precept, is less a belief than a wager or a premise. Flaubert’s enunciation of his principle, by contrast, is both a declaration of faith and a description of a natural phenomenon. And while the latter can be observed in the field, again and again with no contradiction, it’s hard to see how the former could be proven. But somehow it endures, inscrutably — Eppur si muove.