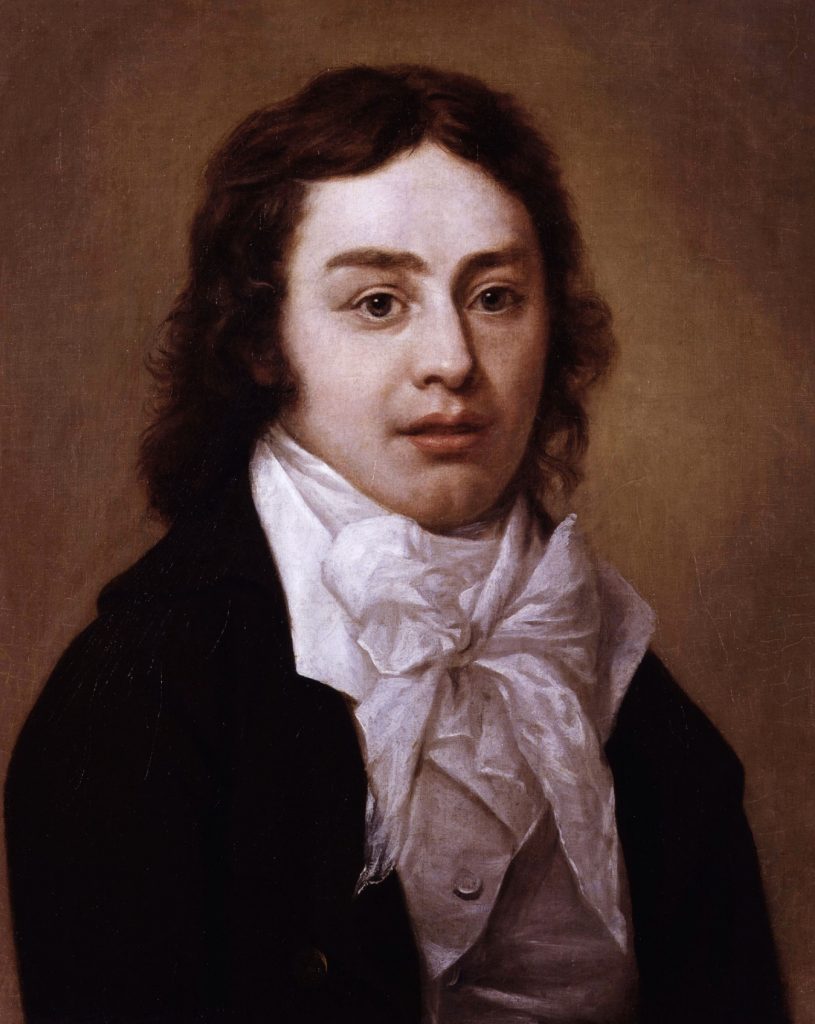 The book was Lyrical Ballads. It might have been the single most important, transformative, wall-smashing book in the history of English-language poetry: people who read it when it came out found their whole sense of what modern poems could do had changed. Certainly it was weird, disarming, simple to a fault (in the simple language of country people), and (as we say now) emo, following feelings rather than events, and magnifying cottages, peasants, sailors, small children, and old men. Their language tried to knot big feelings in with supposedly unimportant events, rather than making the events themselves seem consequential or important: a little girl losing count of her dead relatives meant more than an epic battle. For readers — as for the girl herself — it could mean everything. That’s what the title meant: anything could be “lyrical.” Anything could give rise to a searing song.

That title was almost an oxymoron, since ballads were supposed to focus on stories: like “classical rock,” or “moving sculpture.” And the first edition had no authors’ names at all. The second, in 1800, named one author, William Wordsworth, who had, after all, written most of the poems in the first. He would go on to old age, wisdom, fame, the role of England’s Poet Laureate, and, honestly, the status of old fogey, even blowhard, however he transformed the language in his youth.

And he would not have done it without the 1798 volume’s other author, Samuel Taylor Coleridge. Given the task of writing about the supernatural, while Wordsworth took on the natural, Coleridge produced “The Rhyme of the Ancient Mariner.” He and Wordsworth and their then-friend Robert Southey, fans (at the time) of the French Revolution, together had a plan to move their families to Pennsylvania and create a new society, Pantisocracy. Coleridge was the smart one, the one who knew his way around philosophy, the one who could talk up a storm, the one who encouraged the straightforward, blander, apparently less inventive William Wordsworth (alongside William’s brilliant sister Dorothy) to start off on big long autobiographical poems. Great things were expected from STC.

Most of them never happened. Given the chance to study philosophy in Germany, he took it, leaving Southey to raise his young child. Given opium, he took it; and given the encouragement to write more poems on his own, he never finished most of them, completing instead a metric tonne of lectures and essays on philosophy, politics and theory, a long and fascinating book of critical and philosophical reflections focused on his by-then former best friend William, a handful of perfect lyrics on the topic of lovelorn frustration, and another handful of perfect-but-unfinished poems about visions (“In Xanadu did Kubla Khan”) — with that last bit, the opium probably helped.

T.S. Eliot called Coleridge’s adult life a ruin, but added “To be a ‘ruined man’ is itself a vocation.” He was a needy friend and a self-indulgent figure, a famous conversationalist who couldn’t stop talking. Richard Holmes’s two-volume biography reveals a man who most of us would love to get to know but few of us would want to live alongside. Self-pity, the sense that he would never be the protagonist in his own life, animates his very best later poems, most of all “Dejection: An Ode,” in which he resolves to study all the time, resigns himself to never being Wordsworth, and says he’ll never love again. He is — if you like rock and roll — the John Cale to Wordsworth’s hardworking Lou Reed, the multitalented figure who would never quite pan out as a front man. He’s a great visionary, a superb ear, a great mind, a man who — even more than most other major poets — no one wants to be. And he’s one of the great sidekicks in English literary history: a writer without whom the self-obsessed, constantly-writing Romantic hero, William Wordsworth, would never have been what he turned out to be.