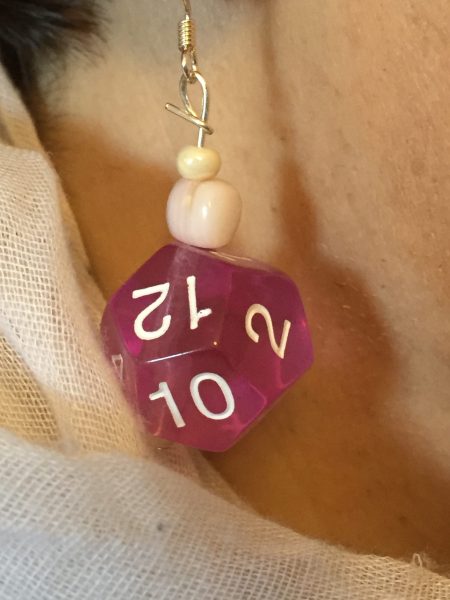 It wouldn’t be strictly true to say that Dungeons & Dragons, or any other tabletop, dice-and-rule-book-based role-playing game saved my life, but it would feel true in spirit: trans kids now can be and say and appear to be exactly who they are — if they’re in the right households, and schools, and ZIP codes — but in the early 1980s, saying that you were a girl when you appeared to be a boy was just a few squares away from saying that you could walk through walls, or cast spells.

And, in a tabletop role-playing game, you could. If you are looking for a community in which you can pretend to do the impossible, and there is no such thing as the Internet yet, you will not do much better than tabletop roleplay, in which any transformation, any hairsbreath escape or monster’s revenge, could depend not on the political climate, or on your parents’ state of mind, but on what you could get other fantasy or space opera or superhero enthusiasts to believe — and then on favorable dice.

Of course they weren’t, and aren’t, just any dice. D&D (and all later tabletop roleplay) evolved out of math-heavy combat simulations: earlier wargamers had used printed tables, and sometimes 20-sided dice (d20), to avoid the “goofy bell curve” created by paired six-sided dice, where 6 and 7 come up much more often than 12. The other polyhedral solids — tetrahedrons, octahedrons, dodecahedrons— showed up in D&D partly because they tended to come in sets with d20, sold for math teachers’ use. Now they are signatures, symbols of tabletop games, and you can buy d4, d8, d12 and d20 in packs at specialty stores, in black and white, matte pastels, or gemlike translucencies: burgundy, amethyst, citrine.

And then, if you’re not going to use them for actual gaming, you can drill holes in them, run wires through the holes, link beads and hooks to the wires, and make earrings for yourself and your earring-wearing friends. I didn’t get my ears pierced until I was 45, because it took me forever to come out as trans, and even longer to transition, but now I wear earrings every day; my friends, and the love of my life, and one of our kids, have helped me learn to make them, out of beads and tiny plastic cats and anything else that can dangle from a hatpin; my favorites come from the now widely recognized symbols for the first thing that let me pretend to be who I wanted to be.