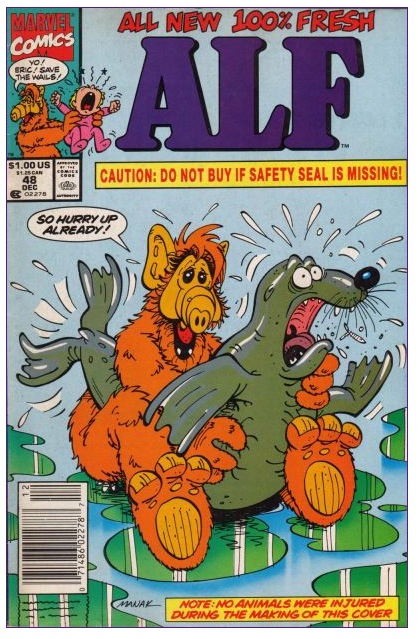 This cover is fundamentally different from the others in this series. Why? Inadvertant comics humor from the 1940s-60s is entertaining because it’s impossible to guess whether or not the artists/writers knew what they were doing. But Dave Manak, who drew this 1991 cover for Alf #48, got his start in the early 1970s. He came of age during the underground comix reign of R. Crumb and S. Clay Wilson, and surely knew what he was doing when he drew Alf raping a seal. Looking back at children’s entertainment of the Eighties [1984-93], it’s obvious now that it was mined with inappropriate subtextual (or textual) material, planted there by disgruntled and self-important hacks who wanted to make a spectacle of their anger at “the suits” — who, admittedly, shared plenty of blame for sucking the soul out of kids’ pop culture during that era. PS: The look on that seal’s face will haunt me for the rest of my days.
*** 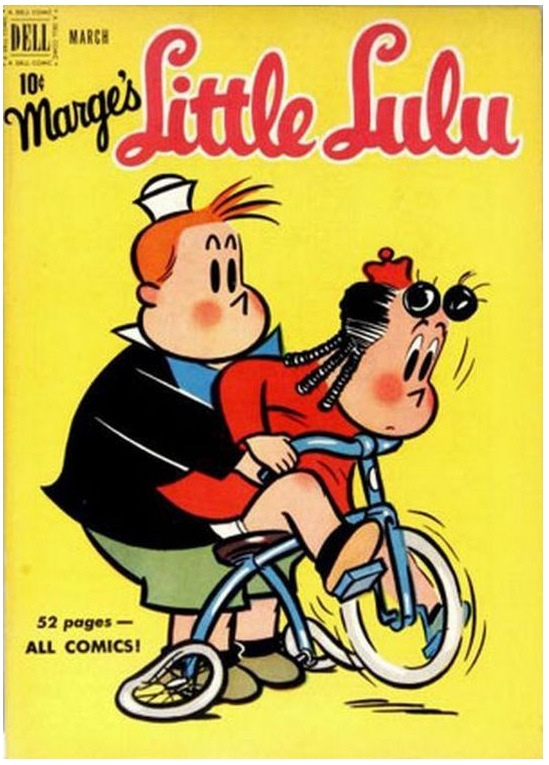