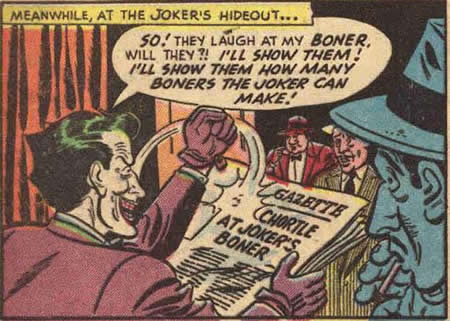 “Chortle at Joker’s boner” was the Gotham Gazette’s “Headless Body in Topless Bar.”
***

NB: Panel from “The Joker’s Comedy of Errors,” written by Bill Finger, drawn by Lew Sayre Shwartz. From Batman #66 (August-September 1951). 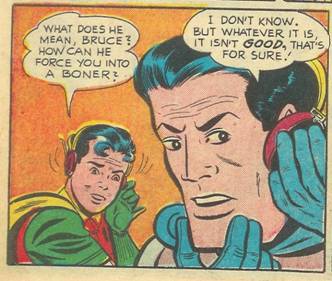 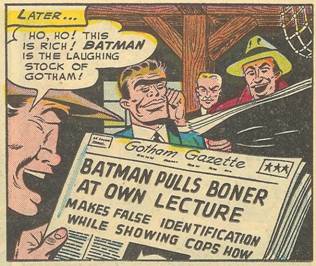