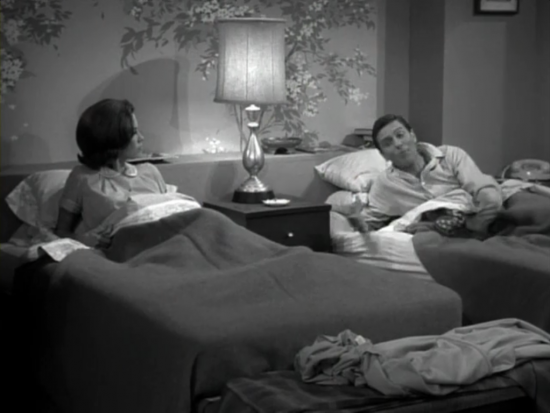 Growing up in the late ’60s through the ’70s, Bewitched, I Love Lucy, and The Dick Van Dyke Show were my triumvirate of afterschool TV. I often point to the first two as the genesis of my feminism (Let Samantha use her power, Darrin! Act like an adult, Lucy! Treat her like one, Desi!), but The Dick Van Dyke Show was pure pleasure all the way.

One thing that made the show unique was the character of Sally Rogers, played by the multitalented actress Rose Marie. Prior to the mid-1970s, if a woman on TV had a job outside the home, it was usually as a secretary or maybe a nurse. Sometimes the secretaries and nurses were in the background and were the butt of jokes. Mostly though, women on ’60s TV were mothers. Lucy Ricardo and Samantha Stevens were stay-at-home-moms. So was Laura Petrie, even though TV son Richie might be absent for entire episodes. Sally Rogers was a successful comedy writer, unmarried and childless, who held her own in the writing room with coworker Buddy Sorrell and boss Rob Petrie. Sally made a lot of jokes about being single, but Rob and Buddy respected her talent, even if they let her do much of the typing.

The Dick Van Dyke Show also took chances with religion and race, again, in an era where most TV characters were white and assumed to be Christian. In one episode, Buddy is secretly studying for his Bar Mitzvah, which never took place when he was a teenager. We hear the cantor singing at the ceremony, and see Buddy wearing his yarmulke and prayer shawl. And then there’s the flashback episode where new father Rob becomes convinced that there has been a mixup in the hospital nursery, and that they have the wrong baby. He contacts the other family who had a child on the same day, and asks them to the house. But the joke’s on Rob, who opens the door to an African-American couple. The studio audience erupts in laughter, so much so that the actor Greg Morris, coming through the doorway as Mr. Peters, cracks up too.

Of course, it wasn’t perfect. One cringeworthy misstep is an episode that features a faux Catskills resort called Herbie’s Hiawatha Inn, replete with rubber tomahawks on the tables, and paunchy white waiters in feather-adorned headbands. And, sure, Laura’s trembling, on-the-brink-of-tears “Oh, Rob!” was annoying, as was the way he chuckled “Honey!” in response to her “womanly silliness.” But most of the time, Rob and Laura treated each other like grownups, and they had chemistry to spare. They respected each other. They had fun together! Even watching as a preteen, I didn’t understand those twin beds.