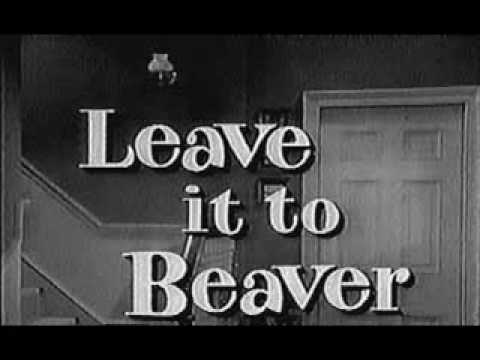 On summer afternoons in the early 1980s, when it got too hot to be outside, my friend Kelly and I would devote weekday afternoons to deconstructing mass-media texts. We were around 12, so we didn’t think about it that way. Leave It to Beaver was a favorite. We knew there were no families like this, and never had been. And it was fun to pick out specific dubious details, the more granular the better. “I like that Ward sits around reading the newspaper — in a suit,” Kelly observed.

We weren’t hate-watching. I liked Leave It to Beaver. I took it in as something like a series of fables. The shamelessly two-faced Eddie Haskell, certainly, was a kind of archetype; everybody knew an Eddie Haskell, and everybody knows one now. I even enjoyed, in a way, the infallible wisdom of Ward, the bland patriarch who faced everyone’s shortcomings, even his own, without ever yelling or smacking anybody. Comforting.

But my favorite episode of Leave It To Beaver sticks with me because it was so theatrically unconvincing, so comically and cosmically wrong. In short, it involved Wally getting a sort of greaser hairdo. Not much of a plot. But in the show’s highly constrained world, Wally’s adoption of a vaguely rebel aesthetic was notable. The episode was not, however, framed with concern that perhaps Wally might start smoking or riding a motorcycle or loitering on street corners or getting someone pregnant.

Instead the driving dilemma was: Ward and June’s son looks like a total fucking idiot, and they don’t know how to tell him. They simply don’t want to hurt his feelings! It’s a pickle. Kelly and I howled at this, imagining Wally’s response: “Gee, Dad, I guess I don’t give a shit what you think about my hair. It’s a new world, old man.”

But the show left no room for any alternate interpretation. As I recall — and I don’t want to look this up, in case I’m wrong — every time the camera settled on greaser Wally, a quiet but unmistakable rock and roll sax played in the background, cementing the idea that viewers must agree that he looks like a fool. Eventually, Ward breaks this news, and Wally, of course, appreciates it. The entire concept of subcultural style as signifier of youthful discontent gets reduced to a misstep, on the level of an unzipped fly. Problem solved.

A few years later, Kelly and I had falling out, and pursued very divergent lives that left little common ground between us. But I miss those summer afternoons with him. We were always pretty different, but we could come together over Leave It to Beaver, and delight in agreeing that more-innocent times are always some kind of fiction. That, at least, is how I insist on remembering it. 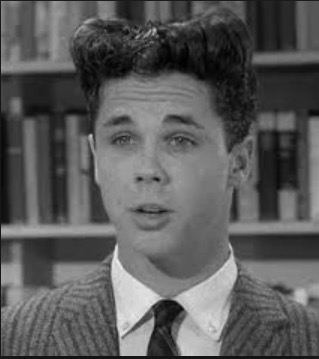