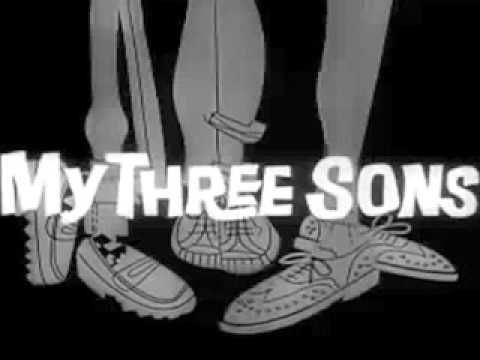 As a kid, whenever I heard the catchy, accordion-flavored theme song of My Three Sons, I’d run to watch the show. Fred MacMurray’s character, Steve Douglas, is a widower; with the assistance of his dead wife’s father, Bub, he is raising three sons — Mike, Robbie, and Chip — without any nagging mother around to ruin the fun. The show challenged ’50s norms about gendered roles… and, growing up without brothers, the show’s whole “no girls allowed” vibe fascinated me. (In the pilot episode, Steve teaches Chip how to fend off a little girl’s advances; meanwhile, he has to practice what he preaches.) However, once I grew up and watched Double Indemnity, the 1944 movie in which MacMurray plays the murderous Walter Neff, I began to think of My Three Sons in a new way; perhaps it’s a proto-Dexter, depicting a serial killer’s domestic life?

Why do people in Steve’s household keep disappearing? His deceased wife is almost never mentioned — not even by her own father. And then Bub disappears, too, in the fifth season, replaced by his cranky brother Charlie. Was Bub asking too many questions? When Mike marries, he’s never mentioned by name again… and he’s quickly replaced by Ernie, Chip’s orphaned friend. (Robbie would later vanish, too.) In my lurid fantasy scenario, Chip and Ernie were sired out of wedlock with a hot little number who couldn’t keep her trap shut — so Steve found a way to get her out of town until he could kill off his wife, whom he’d convinced to raise Chip as a foundling. Six years later, he finally adopts his other illicit offspring… but what happened to Ernie’s mother?

The series ended before Steve could really let his inner psycho loose. Instead, one of his other personalities emerges — as his long-lost cousin Laird Fergus McBain Douglas, with MacMurray playing both roles. Instead of killing off yet another relative, producers finally bumped off the show.