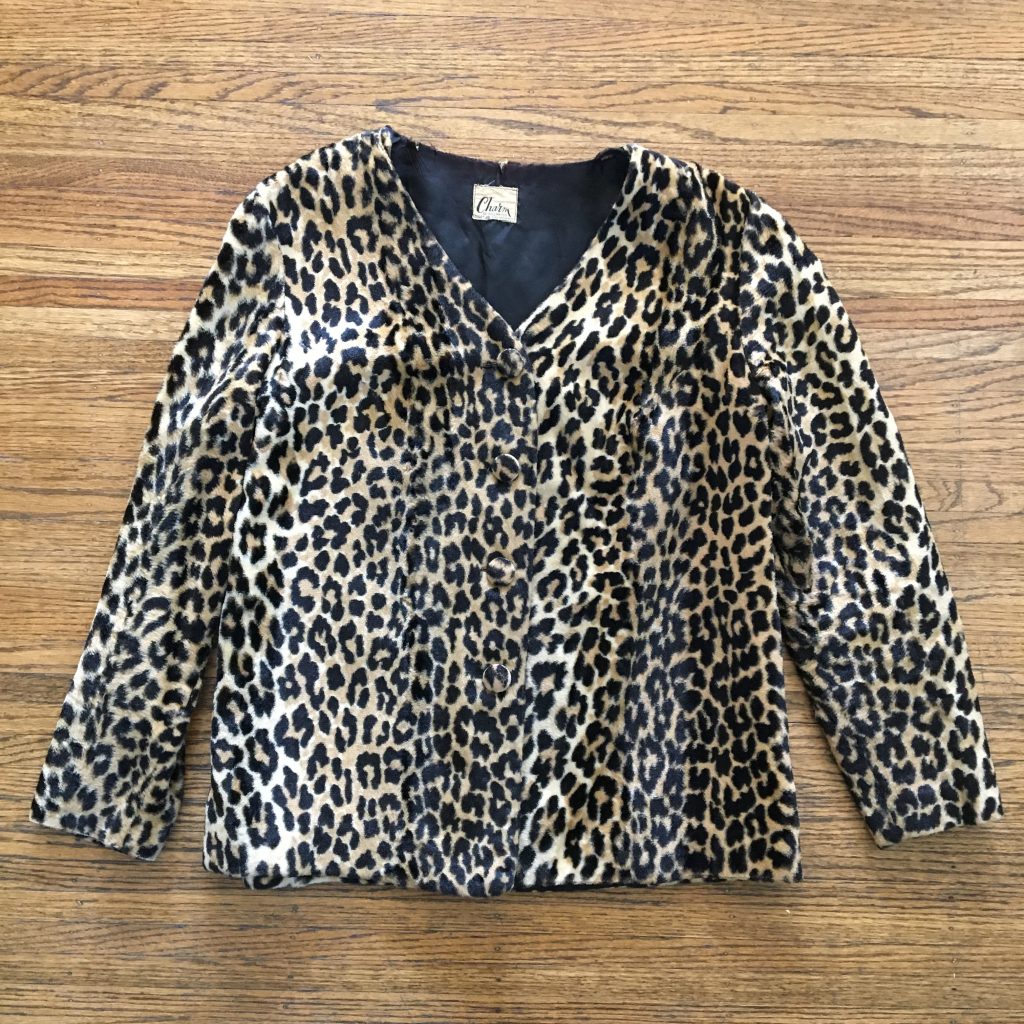 I’m lucky that I’ve had few regrets, either in life or in clothing. Something I do regret is getting rid of the ’50s/’60s leopard coat I got at the clothing-by-the-pound place on Valencia in 1990 or so. Single breasted and not too bulky, it was perfect on me. I even have a treasured photo to remind me of my error. I donated or sold the coat in what can only be described as moment of madness, moving from one apartment to another. And so I’ve spent the ensuing two decades trying to replace it. I have a cheetah stroller from the long-gone San Francisco department store Roos Atkins, picked up for a song at the long-gone and much-lamented downtown Oakland Goodwill, a ’70s Lilli Ann number from eBay, and a contemporary Coach jacket from a friend’s garage sale. Of them all, I wear this fab little Charm of Hollywood jacket most often, as can be seen in the numerous photos of me wearing at one event or another, here with local legend Mickey McGowan, proprietor of the equally legendary Unknown Museum some time in the 2010s. All of these items please my inner Edith Prickley, but they can’t replace my lost leopard beauty. 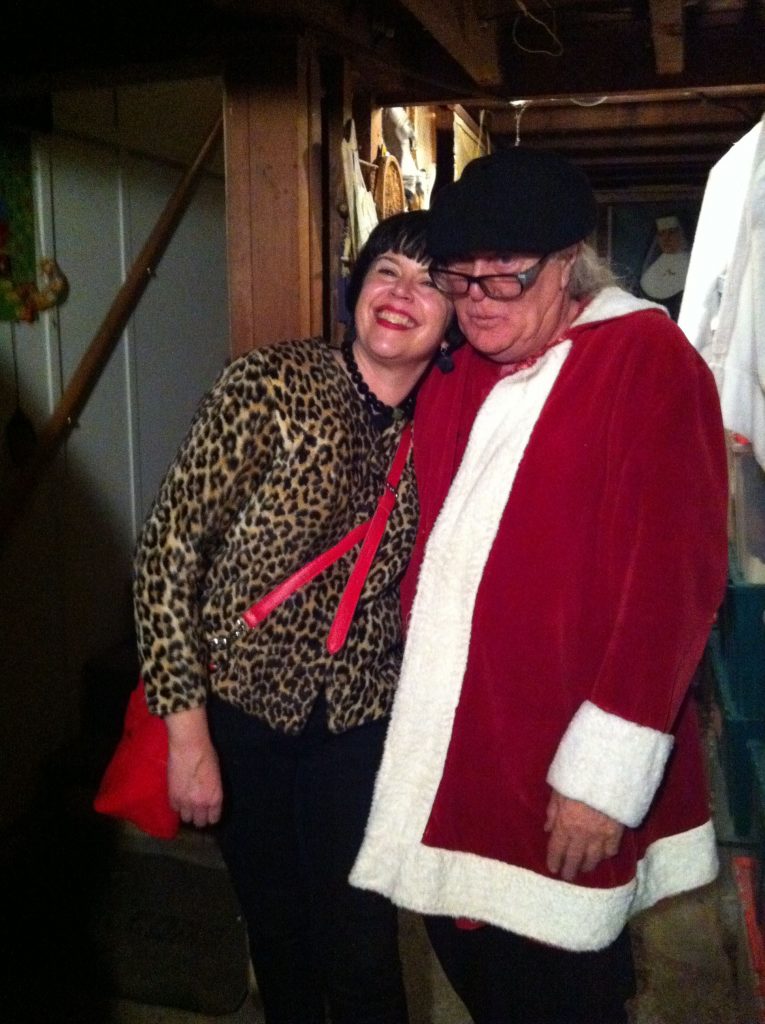 Below: The one that got away. 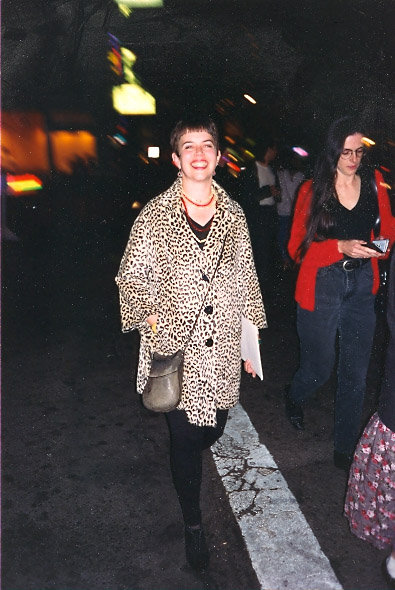