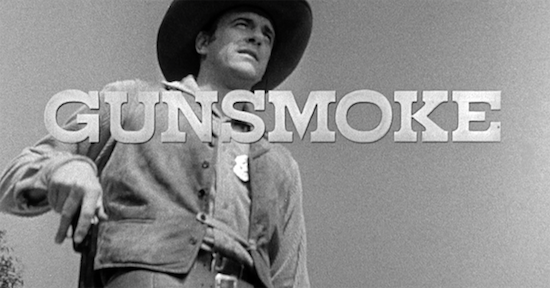 Growing up, I didn’t look forward to watching Gunsmoke — the legendary TV western that aired on CBS from 1955 to 1975. I was an anxious kid who was prone to panic attacks and I’m guessing that the show’s formula — outsider wanders into Dodge City, stirs up trouble and Uncomfortable Feelings, and then is expunged by the locals — involved too much stress and tension for a child who spent her days mulling over the relationship between death and infinity.

Still, I adored TV, and Gunsmoke was usually better than anything else in its time slot. So I watched plenty of guest stars get in and out of Dodge — including Leonard Nimoy, Gary Busey, and a terrifying Bette Davis, who held Miss Kitty and Matt Dillon hostage in a homemade jail with a gallows she set up in the backyard.

I’m guessing that for many viewers, Marshal Dillon was the literal and figurative cool and steady hand, soothing the audience’s nerves with his John Wayne gait (James Arness, the actor who played Dillon was 6’7”) and careful drawl. But for me, the show’s lone comfort was Miss Kitty (Amanda Blake), owner and manager of The Long Branch, the local saloon where much of the bad stuff went down. Originally from New Orleans, Miss Kitty wore silk taffeta dresses and black eyeliner and was a bona fide stunner — she was the sole note of beauty and the only hint of the greater world in an otherwise dusty and claustrophobic mise-en-scène.

Did I understand that Miss Kitty was a madam? Not exactly. The show was vague about her profession and my 8-year-old self wasn’t hip to the finer points of prostitution. But I did get that there was something unsaid about her, some element of mystery hiding in that Louisiana childhood. When, in a 1959 episode titled “Kitty’s Rebellion” an old family friend comes to town and is shocked to learn she’s a saloonkeeper, Miss Kitty realizes that his naiveté (he wants to defend her honor) could get him killed. So she sits him down, looks him in the eye and tells him — and the audience — that she has no honor and everyone in town knows it.

Today, I think about Miss Kitty and wonder if Gunsmoke’s producers punished her for her profession while they also, ironically, pimped her popularity. While she and Matt Dillon were the original Sam and Diane — cue the soulful looks and shared confidences — they never consummated their relationship. Didn’t Miss Kitty deserve to love and be loved? Not in Dodge, apparently. 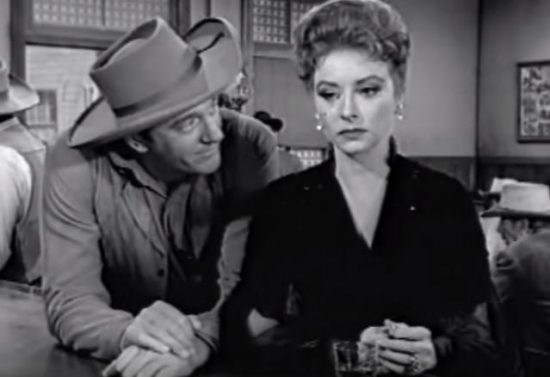