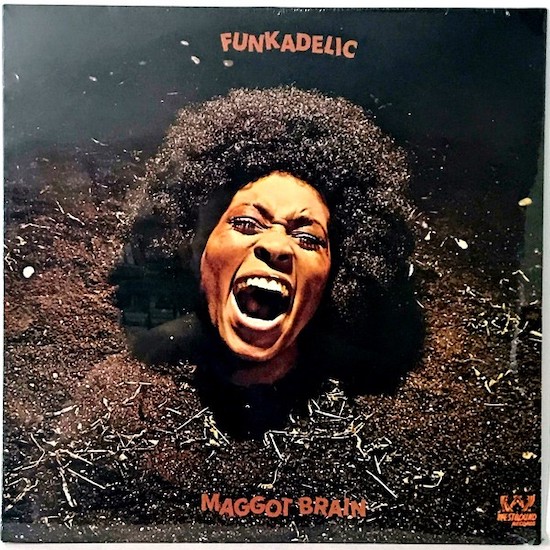 Happy Independence Day! In the 1996 sci-fi movie of that title, aliens invade Earth in order to exterminate humankind. Let’s talk instead about the idea that aliens might have “planted” humankind here to begin with, shall we?

Our African ancestors have many origin stories, but one told by the Dogon tribe in Mali, West Africa, has a sci-fi twist. Amma, the original creator of all the forces of the universe, created Nommo, a representative of order; he and his assistants, the eight ancestors of human beings, descended to earth in an ark. Note that this is a simplified retelling of a complex oral tradition that the Dogon protect through obscure rituals and secrecy; also, it’s just one of several Dogon origin stories.

Nommo later returned to his home world; Dogon legend has it that he will return at some point in the future to revisit the Earth in a human form.

Might humankind have come from outer space? This fringe/New Age theory — sometimes known as the “starseeds” hypothesis — has captured the Afrofuturist imagination.

This post will discuss cultural productions from the 1970s through the present, but I should note here that the obsession with the galactic origins of the African tribes has a history that stretches back to the early part of the 20th century.

Black nationalist organizations — the Moorish Science Temple (est. Newark, 1913), the Nation of Islam (est. Detroit, 1930), the Five-Percent Nation (sometimes referred to as the Nation of Gods and Earths or the Five Percenters, est. New York, 1964), the Nuwaubian Nation (est. New York, c. 1970), to name a few of the most prominent examples — have long advocated the narrative that extraterrestrials interfered with the evolution of humankind, playing a direct role in the origins of Caucasians and/or people of color. Elijah Muhammad’s Nation of Islam has had the largest influence in propagating the idea that anti-Black oppression comes from alien overlords and their Earthling progeny.

Terence Nance’s Random Acts of Flyness HBO TV series evokes the eeriness of the starseed origin story with surreal images. Episode 6 (“They Won’t Go When I Go”), which focuses on a black woman’s insomnia, opens with a dark sky filled with twinkling lights. Are those stars? Gradually, the camera zooms in and we discover that the lights are moving. Wait, are those worms wiggling in soil? 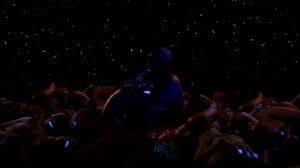 The camera zooms in closer to reveal that the bright curves are in fact the smiles of millions of black people with crazed grins on their faces. A woman sings a lullaby that starts with “Sleep little baby/Don’t stay woke/Mama don’t want you to lose hope/’Cause if you’re hopeless, tired too/Who knows what those hands might do….”

The sequence chills me, because I’m not sure what the context is. Are these folks cargo on a ship? Are these beings on the astral plane waiting to manifest? Is this a playful riff on Funkadelic’s 1971 Maggot Brain album cover?

The image of dark beings emerging from primordial ooze resonates. Vocalist Laura Mvula’s 2016 video for her song “Overcome” uses similar imagery: dark-skinned people writhing in the dirt. A similar vibe can be seen in The Matrix Reloaded (2002), as Neo and Trinity reconnect after escaping the Matrix while the residents of Zion celebrate in subterranean caverns.

The P-Funk mythology — the recurring characters, themes, and ideas expressed by George Clinton’s bands Parliament and Funkadelic, via everything from lyrics to album art, costumes, and stage banter — is, of course, the primary vector of Afrofuturism’s starseed fascination.

Inspired by what he’d learned about ancient aliens in Erich von Däniken’s 1968 bestseller Chariots of the Gods? Unsolved Mysteries of the Past, George Clinton put his own spin on the Dogon myth. After toying with the idea of black people in outer space in songs like “The Mothership Connection (Star Child),” where we meet Clinton’s messianic alter ego, Star Child, and “Unfunky UFO,” which depicts a spaceship full of people from a world devoid of funk, Clinton laid out an explicit starseed mythology in the 1976 Parliament album The Clones of Dr. Funkenstein.

Funk upon a time
In the days of the Funkapus
The concept of specially designed Afronauts
Capable of funkatizing galaxies
Was first laid on man-child
But was later repossessed
And placed among the secrets of the pyramids
Until a more positive attitude
Towards this most sacred phenomenon,
Clone Funk,
Could be acquired

In the song “Children of Production,” the clones explain their purpose; endowed with “conceivement of true groove,” they were designed by Dr. Funkenstein to blow our minds. 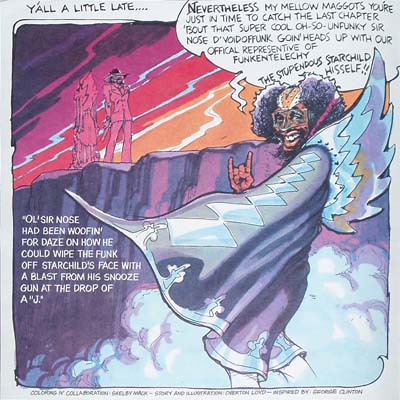 Clinton’s cosmology includes an alien villain: Sir Nose D’Voidoffunk. Introduced via 1977’s Funkentelechy Vs. the Placebo Syndrome, Sir Nose claims that Star Child may have won a battle, but that he will return. The song “Funkentelechy,” on the same album, is a funk version of Hermetic Qabalah’s 1908 book The Kybalion — which claims to be the essence of the teachings of Hermes Trismegistus. Here, the band tells us that funk is a “vital vibrational force” enabling an organism to achieve self-actualization… and it warns against Sir Nose D’Voidoffunk’s ambition to steal this vital life force from earthlings.

The album came with a comic illustrating Star Child’s battle against Sir Nose D’Voidoffunk and his minions. Utilizing Star Child’s Bop Gun, the unfunky forces will be frozen out so that everyone can party down to the fat beats of one of P-Funk’s biggest hits: “Flashlight.” 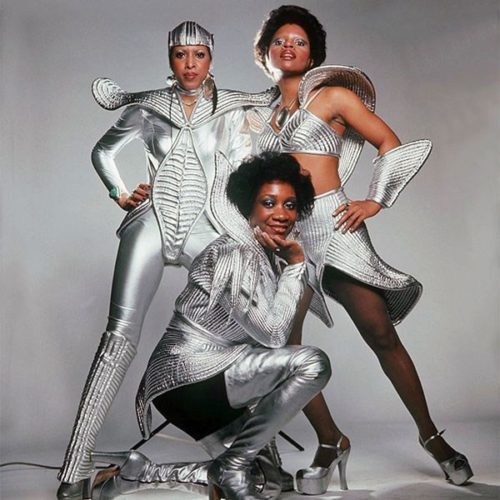 Clinton wasn’t the only one to pick up on the starseed vibe. Nona Hendryx of Labelle avidly read science fiction and books about cybernetics, human consciousness and futurism. In 1974, Labelle released Hendryx’s song “Space Children” as the B-side to “Lady Marmalade.” The song calls for “space children” or universal lovers to seek answers in the stars of the galaxies:

Reach up even higher
Than your mind
One look isn’t all you can see
And no one will be there to bring you down
So stop, take a look around

Looking to reinvent themselves, Labelle borrowed from glam rock and the funk precedent set by P-Funk. In some performances, the trio would glide down from the venue’s rafters as if they were space visitors.

Labelle’s unique chrome-plated space suits were derived from Hendryx’s aesthetic. In his book Strange Stars: David Bowie, Pop Music, and the Decade Sci-Fi Exploded, Jason Heller reprints an interview Hendryx gave to the New York Times in 1974, explaining her costuming influences. She told the reporter that her personal style was deliberately futuristic, “representing energy associated with space-age independence, a rage to live and discover what’s new. [My] boots, pants, and silver ensembles help define a personality that sees tomorrow and its possibilities.” 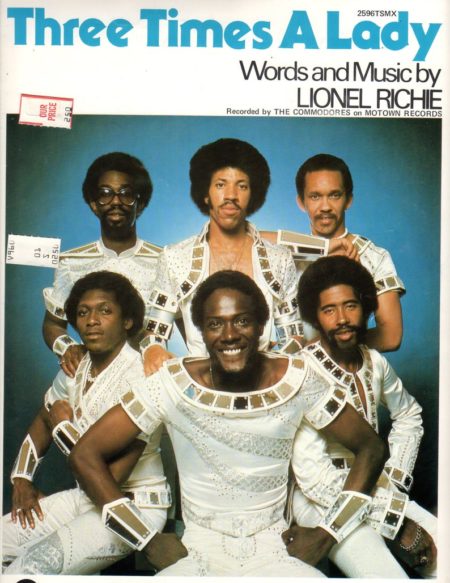 In 1975, Labelle released the album Phoenix, which featured a track called “Cosmic Dancer” by Hendryx. When the group split up, she went on to collaborate with Brian Eno in the late 1970s. 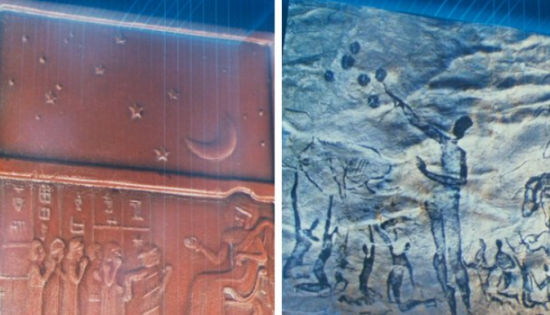 In the ’70s people had hope that alien visitors would come bearing insight and freedom. Things changed in the Reagan ’80s, when films like They Live recast narcissistic yuppies as space invaders out to steal our most precious resource: our funky liberty. Although we are still drawn to the idea of ancient aliens and the starseed concept, it’s no longer a very optimistic trope. Ridley Scott, for example, expanded upon it in his Alien sequels: 2012’s Prometheus and 2017’s Alien: Covenant. When archaeologists discover a star map in Scotland that matches others from several unconnected ancient cultures, they interpret it as an invitation from humanity’s forerunners, the “Engineers”; in fact [SPOILER ALERT], it is a trap.

P-Funk still captures every human’s secret aspiration for liberation and redemption from this hell on earth. As the band advises in “Flashlight,” funk gives everyone a little light under the sun.