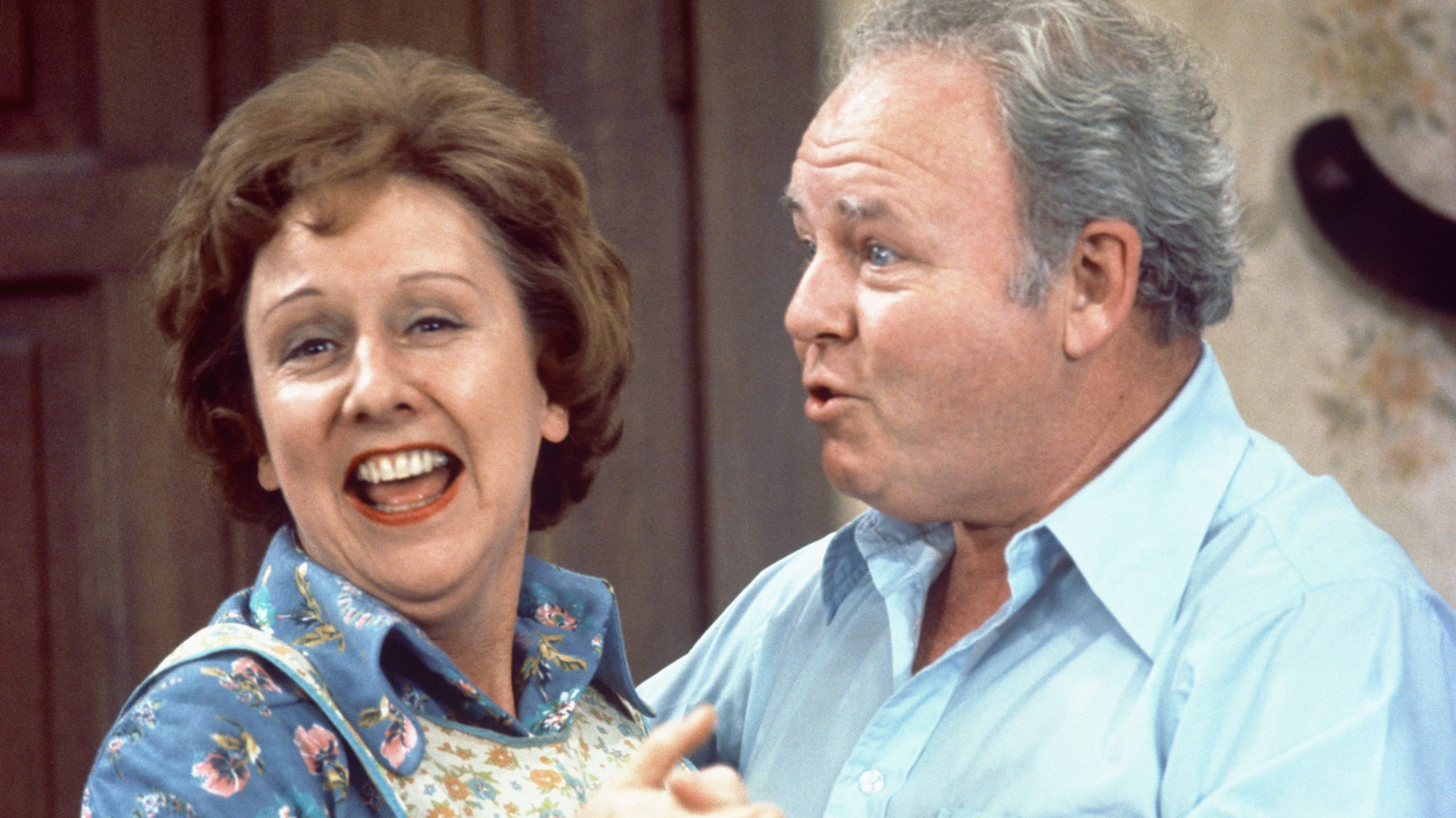 She was there when I really, really needed her. And her death — I was ready for it because of the lessons she taught me. Edith Bunker, the force that held All In The Family together, stole the show every time.

There was no doubt in my mind that All In the Family were living, breathing people. They were an actual family living deep in Queens, run by tyrannical-but-funny Archie Bunker. Edith, his wife, served him. She was funny too, but the laughs were always at her expense. Meathead and Archie’s daughter, Gloria, popped in for a taste of progressive politics. But it was as if they were all cardboard props that Edith danced around.

I was five when I met this pack of adults. I probably saw the first show. I can’t remember, it’s like they were always part of my life. They were more real than my neighbors, with their closed doors. The laugh track — I assumed that was real, too. As I grew up, it cued me to laugh at Edith. Archie called her a “dingbat.” Laugh. Not getting the main point of some stupid situation? Laugh. Her realization that she was, again, wrong? Laugh, laugh, laugh. Edith’s failures, her ersatz stupidity, was funny.

Edith slipped and tripped and messed up for years. She was mocked. Making fun of her seemed correct. Laugh track. Suddenly, I was 11. At my elementary school we were all talking about an episode coming up. There were warnings on TV that kids shouldn’t watch it. Everyone I knew planned on being in that house in Queens when whatever happened… happened. Edith was attacked, almost raped. There was touching, threats, he threw her on the couch. While this took place the live audience laughed and laughed. She saved herself by grinding his face into a burning casserole. The scene was shot in one take.

Archie’s abuse never stopped. Edith was his maid. The show ended in 1979. There was a sequel, Archie’s Place. Edith was there, then she wasn’t. She died of a stroke.

I had stopped watching a few years before. But her death still gets to me. I wish she’d had her moment, been able to escape from her shitty life with Archie. I believe that underneath her kowtowing, her subservience, was the seed of a strong woman. I do think of her sometimes when I’m speaking my piece, despite the laugh track.

See All Posts by Fran Pado

Fran Pado is a playwright and actor who performs her experimental pieces at Dixon Place and other NYC venues. Her latest work, The Mall Part 1, is part of the ?!: New Works Festival at the Brick Theater in September.