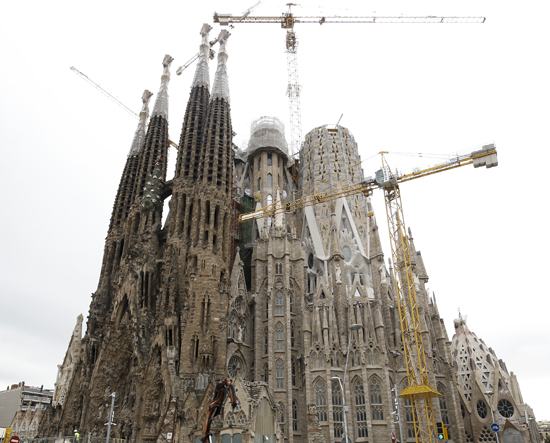 The truth is, we most want what we can’t have, but we don’t ever want to have it. In a fully hackable century of rough drafts and director’s cuts and songs leaked in mid-recording, the thrill of discovery has been surpassed by the wonder of unreachability. We still test the boundary of course, and the pop preoccupation with multiversal variants of everything from the JFK assassination to the color of Superman’s costume shows our continued hunger to have it all and choose amongst it. But that relieves us of our imagination (and I suspect that, behind even the multiplicity of eccentric voices now handed mass franchises to interpret, lies a corporate masterplan to exhaust all possible reinventions anyone unauthorized might try). It’s the never-were’s and the there-but-forgotten’s that let us project ourselves into impossible worlds that feel utterly tangible. So take your eyes off that posthumous prequel novel and those 15 Star Wars spinoff shows, and SWERVE Your Enthusiasm to what truly can’t be found yet can’t be let go of!

For those who grew up when Star Trek was a cult curiosity and songs could be huge hits in just one American city and no two convenience stores carried the same comicbooks (or even every issue of the ones they did), this fascination was imprinted early as a way of life. For such things to stay lodged between the floorboards of history and escape notice and scrutiny now, in an age of infinite media capacity and a mainstream made of niches, poses an even more formidable quest for the media obsessive. 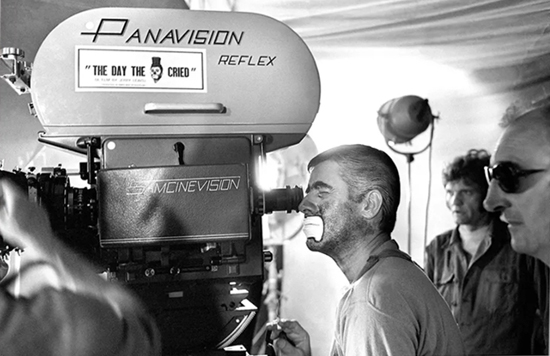 Will anyone ever stage the rumored rock-opera about Helen of Troy by AC/DC’s Brian Johnson? Revive the Marvin Hamlisch/Rupert Holmes musical of Jerry Lewis’ Nutty Professor that didn’t survive its tryouts in Nashville? (Or for that matter, screen Lewis’ notorious Holocaust dramedy, The Day the Clown Cried, which he apparently took pains not to even be caught dead releasing?) Restore the several post-Linda Hamilton episodes of the Beauty and the Beast TV show that were hastily spliced together into a single finale before the even bigger axe fell?

And those are just a handful of my obsessions. Francis Ford Coppola’s cave full of extra Apocalypse Now footage; Vernon Reid’s original notebook of all the lyrics for Living Colour’s first album, lost on the NY subway before recording started; classic radio and TV broadcasts wiped the next morning to conserve tape — everyone has some desired object of obscurity, only fed further by holy relics like Orson Welles’ The Other Side of the Wind or Richard Wright’s novel-length version of The Man Who Lived Underground being dusted off to debut decades after they were presumed irretrievable. 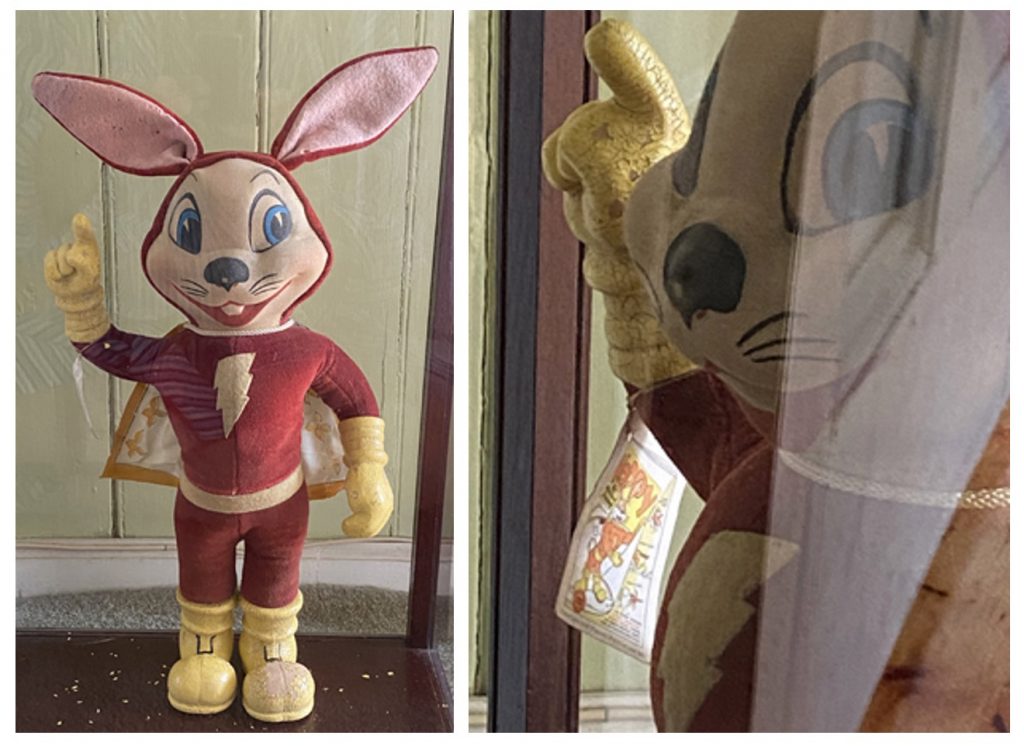 As the editor of this series, I’m no more immune to these fixations than anyone (and I guess more susceptible than everyone) — I wrote about one of my own lifelong holy grails of parallel history, Jack Kirby’s 1970s reverse romance comic True-Life Divorce, here when it was at last given the fullest and finest reconstruction it ever can be. And I’m the proud and awed companion-human to a 1940s doll-effigy of Hoppy the Marvel Bunny, funny-animal version of the original Captain Marvel (aka “Shazam!”), the hero who consistently outsold Superman, spawned tons of merch and then disappeared from public memory for decades; found by surprise at a New Jersey auction-house which is itself now defunct, Hoppy’s store-tag still dangles from his wrist and he’s one of a confirmed three in existence (and maybe ever made); last surviving keepsake from a collapsed universe if ever there was one.

Arguably, if the absent ideal is not in fact preferable to the finished product, the longing at least seems to beget itself. Once fanbros succeeded in their crusade to get Time Warner to release the (essentially unfinishable) Zack Snyder version of the Justice League film, they quickly pivoted to campaigning for the restoration of Snyder’s (never-even-started) version of the entire DC movie universe. More pointedly, Zack Snyder’s Justice League generated its own what-if when its very existence (featuring one overlapping villain not seen in the theatrical cut) seemed, by Time Warner’s edict soon after, to foreclose Ava DuVernay’s long-awaited (and likely much more sophisticated and comic-faithful) New Gods adaptation altogether. 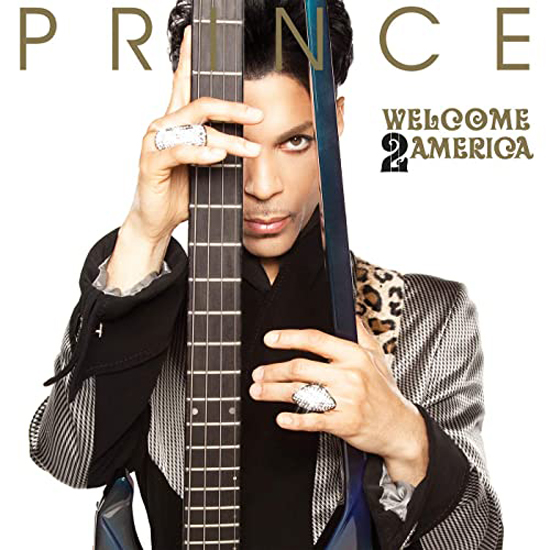 The might-have-been is different than the was-anyway, that scourge of the 1990s that briefly made it feel as if the whole future would be a purgatory piped-into by mediocre alternate takes of the music they’d made us buy three times already (a fate fortunately pre-empted by the complete personalization of listening and collapse of commercial labels). There’s nothing newer than something you missed the first time, and that no one could ever have gotten to before you; the legends that are all there is to print — the bookcases full of secret Salinger stories burned to spite someone who leaked a line; the 8,000 songs stashed in Prince’s unattended tape archive, their magnetic molecules lifting off like the sands shifting around Ozymandias’ monument. Deleted scenes on DVDs and extra trumpet-lines on Beatles tunes are from the realm of the rejected-for-a-reason. But the data-driven interactive rock-festival residence that was conceived before its technology existed and almost drove its creator crazy; the perpetually rotating, Babel-shaped modernist monument meant to project communist propaganda onto the clouds that died on the drawing board; the deadly dictator who became a greeting-card painter instead — these are the very crossroads of history. What would be waiting for us if we could travel back down those paths? 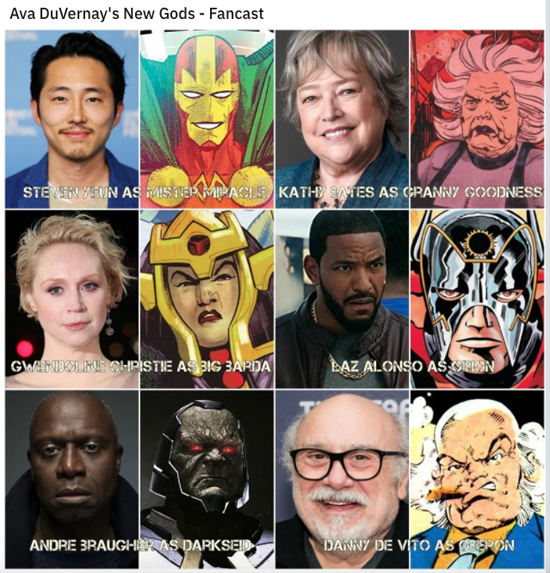 The pursuit of the unattainable and maybe even nonexistent has a patent absurdity which can give the illusion that its study is only meant in jest. And yes, there is hilarity to be found in the friction between grand ambition and bad ideas, a proverbial car-crash fascination in following how far a folly of crassness or carelessness can go. (I went to art school with a guy who was interning at Marvel Comics. He told me the story of how the then-unreleased — and indeed never-released, except to VHS — 1990 Captain America movie, thrown together to cash in on Tim Burton’s Batman and starring, hmm, J. D. Salinger’s son, was having a premier screening near the Marvel offices, which the staff was offered free tickets and excused from work to see. No one attended, and I was forever intrigued to wonder how well I could endure a two-hour movie people would turn down a whole day off for.) But. Sometimes the searcher is showing a sincere earnestness that matches the seriousness a stifled creator was well-taken in having, and a good three-fourths of the essays you’ll read here are grounded in wistful admiration rather than affectionate disbelief; less WTF than WTF not.

There’s always more of what never happened — I was halfway through typing this when a just-uncovered werewolf novel left on the shelf by the young John Steinbeck was reported by a biographer (and vowed never to be released by his literary executors). So even with 25 perceptive essays we’ll only nick the iceberg here. But there’s enough glacier for everybody: 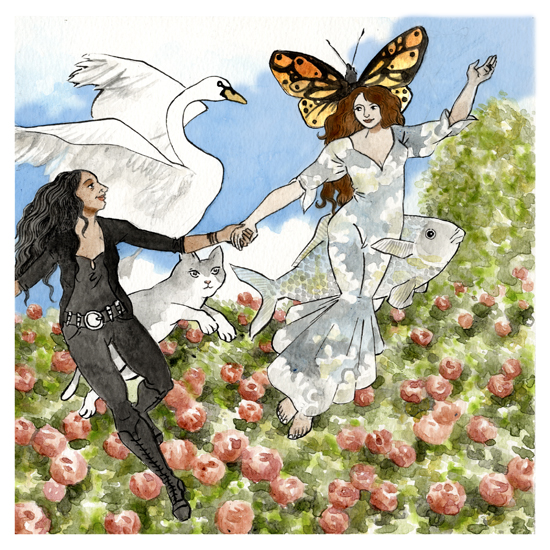 The presumed-lost but rumored to exist is always good for an obsession or two, and has rewarded the loyal pursuit by Michael Grasso of the pivotal yet tragically erased (or maybe not) Steely Dan track “Second Arrangement,” and by Douglas Wolk of Alan Moore & Bill Sienkiewicz’s historically absent third issue (or any after that) of the epic graphic soap-opera Big Numbers.

Equally irresistible are elaborately laid plans that either come to nothing, or nothing that was intended, like Baudelaire’s bitchy broadside that remained a speculative memo (brought to us by Josh Glenn), or the unbuilt mystic sci-fi themepark that ended up as the basis for one of history’s most consequential fake movies (reconstructed here by Heather Kapplow).

A single line can set off the right enthusiast to sketch in the rest of the canvas, as it did for Luc Sante, considering what it would have been like had Andy Warhol made his briefly-mentioned adaptation of a Walt Whitman Civil War memoir; or for Nikhil Singh, conjuring what Scorsese might have made right after his long-forgotten ambition to secure the rights to Fear and Loathing in Las Vegas. The void left by works famous yet unfinished can be just as fertile a space filled by conjecture, or the creations of others who carried on their traditions and tropes, as envisioned here by Ran Xia for Byron’s “Fragment of a Novel.” 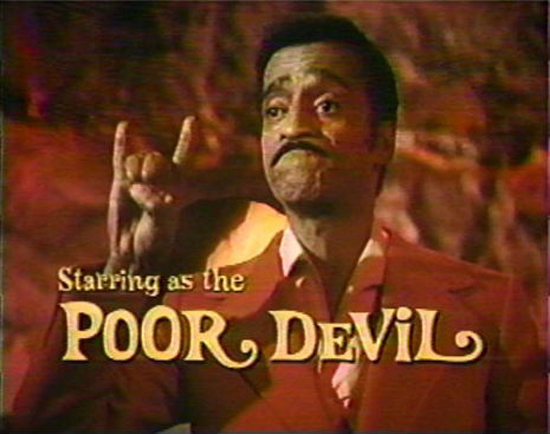 Some works we have too much rather than too little left of, like the often-attempted Don Quixote film that Peggy Nelson tracks across seven decades, or the choose-your-own-cut permutations of early-’80s, supposedly-for-grownups Disney films that Heather Quinlan fondly(?) recalls. Similarly, actually-made pop artifacts can be so out of sync with the dominant culture of their time, and so banished from the canon ever since, that they never register on the public consciousness even if available in some obscure form — as Adrienne Crew records in her recollection of Sammy Davis Jr.’s unsold Satanist sitcom pilot, Poor Devil, or Lynn Peril reflects on in her accidental discovery of the geriatric musical from a youth-culture decade, 70, Girls, 70. Even rarer remnants leave a mark on history by having been deleted from it while people were watching, as Crystal Durant traces in a recovered memory of Turn-On, the late 1960s hipster sketch-comedy TV show cancelled after its one aired episode’s first commercial.

The mall of the mind just off the road-not-taken always has a hefty section of those works that are known more for being known about than being experienced firsthand. In SWERVE we sift through the pre-career prototypes of Kate Bush (with Bishakh Som); the earthly remains of Lon Chaney Sr.’s London After Midnight (via Holly Interlandi); the untimely cancellation and possible-episode afterlife of The Adventures of Brisco County, Jr. (ridin’ alongside Sajan Saini); the distant echoes of David Bowie’s LEON (from me); and the mirage of pre-cancelled UK sci-fi pilot Solarnauts (as seen by Greg Rowland). 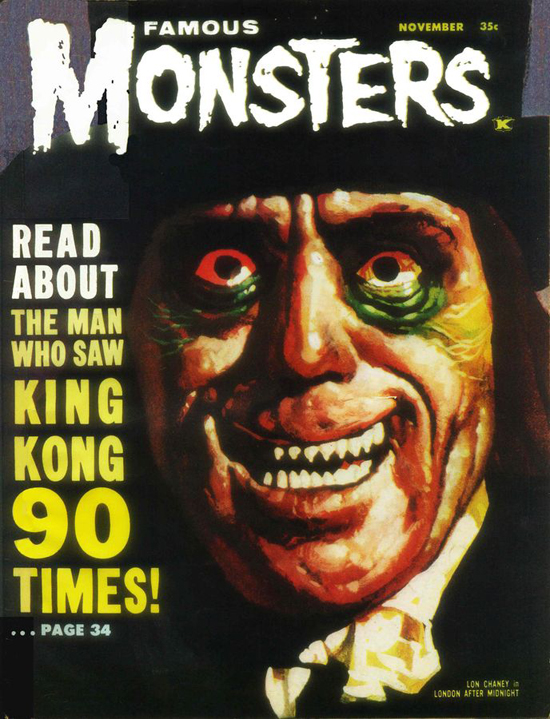 Other contributors guide us through the gone-in-plain-sight, like Devin McKinney’s reading of the facsimile prospectus for a posthumous Nabokov novel, or Kelly Jean Fitzsimmons’ journey through the rejected and reworked effects and themes for a Disney ride she used to work at, which has now entirely disappeared. Mandy Keifetz meanwhile takes us back to a set visit on a movie she still has trouble convincing anyone (and maybe herself) was made.

Christopher-Rashee Stevenson un-finishes Octavia E. Butler’s overlooked last novel Fledgling by extending it into a theatrical experiment; Stan Chou projects the built-in scarcity of NFTs into a past of unrequitable hunger for pop artifacts; Ronald Wimberly follows the work of an avant-manga mentor to a homeland where it’s anything but unknown, though still an obscure canon here; Brian Lozano frames the empty space of some self-destructing protest art; and Carolyn Raship sifts the ashes of Emily Brontë’s lost works, presumed burned by her sister Charlotte upon her death, to divine what may lie between the lines.

So for the next three months we thank you for setting out on this detour from the dominant timeline with us. We think you’ll be happy you swerved, and enjoy this 25-part companion to enthusiasms about which we alone are left to tell the tales. 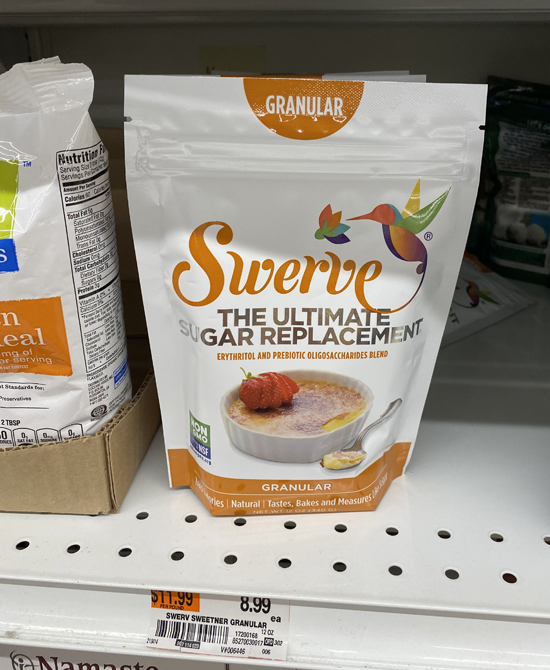 Images (top to bottom): Antoni Gaudí’s Sagrada Familia, WIP; Jerry Lewis with a clown for a director; the author’s totally not-imaginary rabbit friend; Prince album recorded in 2010 and released right on time for 2021; a Reddit dream cast (now in more ways than one); Bishakh Som’s illustration for her essay; the Davis you don’t know; Lon Chaney unlivin’ after midnight; self-explanatory