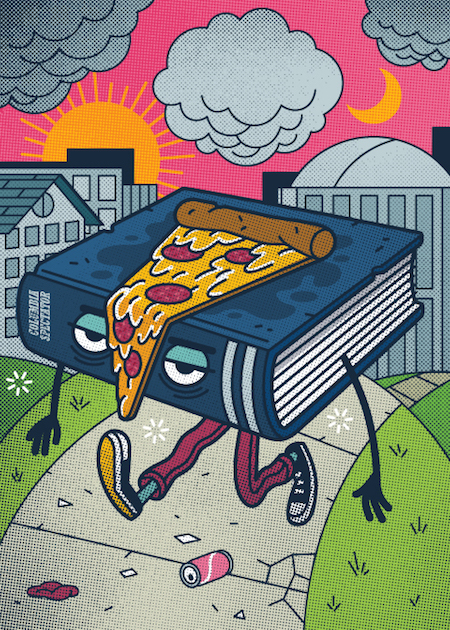 In my first weeks working at the Columbia Daily Spectator, I had two jobs: laying out the next day’s news section on the desktop publishing system, and assembling the “In Our Pages” filler text with snippets from the paper’s archives. For the first task, I sometimes felt like I was trying to cram as many words as possible into limited column space. But it was the second, arguably unimportant task of filling up extra space with archival material that really thrilled me. I’d pore over the hardcover-bound volumes from previous years that stretched all the way back to 1877, finding stories that reminded me how some things never change on college campuses. Some of those older volumes were worse for the wear, casualties to brittleness, split bindings, forgotten spills, or pizza grease. Everything in that office was covered in crumbs of old newsprint and pizza — there are no best archival practices for anything college students touch at four in the morning. Each editor received their own personal set of bound volumes, embossed with his or her name. When it came time to pick up them up from the office, I left mine behind.

Why did I deliberately lose the books I loved so much? I loved the bound volumes for their poignant materiality. There’s a popular genre from the eighteenth and nineteenth centuries called novels of circulation, or it-narratives: stories told by coins, shoes, coats, wigs, teacups, family bibles about their travels among owners. The object-narrators are not personifications, exactly, for they have no inner thoughts or revelations. They can record only their own material changes as they get scarred, torn, broken, transformed into something new.

The bound volumes were, fittingly, Spectators: observers of the daily miracle of publication over the years, despite all of the things that could go wrong between 6 p.m. and 6 a.m. They were witnesses to changes in their own production and circulation. We were at the end of an era of newsprint, surrounded by decaying archives and even more quickly obsolescing devices for newspaper production. They stopped printing paper copies of the Spectator a few years ago because of print production costs and changes in reading habits. The digital archives are supposed to be more accessible to our digital search habits than they were as paper volumes.

I returned to the office years after graduation and saw a slice of pizza sitting on one of my bound archives of those days and nights. In its greasy dishevelment, the volume had transformed into a college student. I let it stay lost. It was right where it needed to be.

ABOUT THE ARTIST: Rick Pinchera is an illustrator and digital designer living in Boston. He specializes in comic art, kids’ games and animation. He is a regular contributor to HILOBROW.

See All Posts by Alice Boone

Alice Boone is the Woman's Board Fellow at the Art Institute of Chicago.