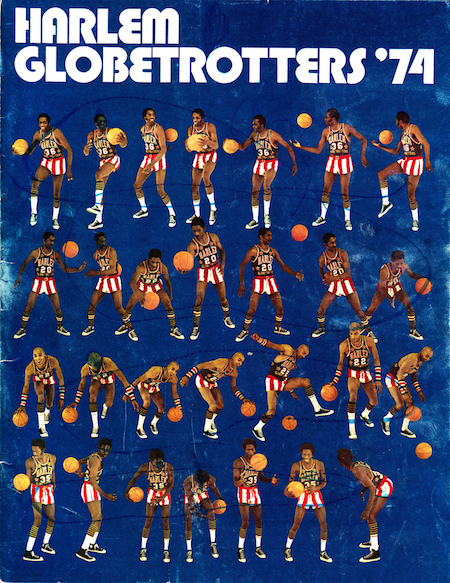 In 1972 I was a tween living in suburban Atlanta, and my tiny world was basketball mad. The Atlanta Hawks, coached by Richie Guerin — whose daughter was in my class — had just signed star rookie Pete Maravich, a shaggy, flamboyant jackrabbit who was boyish enough for me to have a crush on. I gazed at pictures of Maravich in the Atlanta Constitution, admiring his intensity and his bangs. I played Horse and practiced free throws with neighborhood kids and longed for calf muscles to fill out my knee-high jock socks. I wished that I was friends with Kerri Guerin so I could go to a Hawks game.

That didn’t happen, but my parents did take me and my siblings to a Harlem Globetrotters game at the brand-new Omni Coliseum in downtown Atlanta. It was amazing! Aside from hearing the phrase “nosebleed seats” for the first time, and thinking it was the wittiest thing ever, it was my first encounter with star power. Back then, Meadowlark Lemon was as famous as the astronauts. The enormous crowd was the biggest thing I’d ever been part of. We saw everything we’d seen on TV and it was just as great. The lazy, jazzy Magic Circle warmup. The sight gags. And the crazy ball handling! You could see where Maravich got his style.

It wasn’t only Maravich, though. There would be no NBA if it hadn’t been for the Globetrotters. The players in the all-white NBL (the association’s predecessor) didn’t fly like cranes to stuff the ball, they didn’t take shots from half-court, they barely attempted a hook shot. A series of exhibition games between the NBL’s Minnesota Lakers and the Globetrotters in 1948 and 1949, where it was obvious that the capacity audiences were there to see the Globetrotters, led to a bit of tentative clowning by the Lakers. White Americans went from not being able to deal with barely clothed black bodies playing basketball against whites to lining up at 3 a.m. for tickets.

When the Globetrotters’ Nat “Sweetwater” Clifton integrated the NBA by signing with the New York Knicks in 1950, he not only made the game more exciting, he made it possible for professional basketball to generate infinitely more money. For the Globetrotters, the NBA exhibition games eventually came to an end and pop culture extended its sticky finger.

Thanks to television, they became part of my generation’s cultural vocabulary, appearing on two animated series of their own, plus the New Scooby Doo Movies program. In a 2005 documentary, Senator Barack Obama solemnly says that watching the Globetrotters was like watching jazz musicians. Barry! I doubt that was your reaction when you were watching the Harlem Globetrotters Popcorn Machine show in your grandma’s living room. They were our grown-up pals. They were warm, and magical, and slick, and — like the best clowns — so, so reliable.