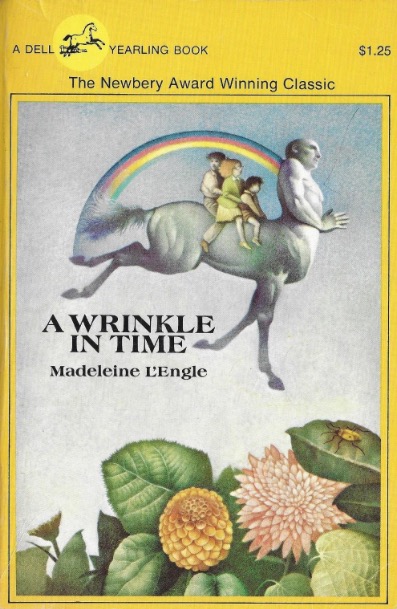 Meg Murry from A Wrinkle in Time was not a heroine one dreamed of becoming but one I could imagine being. She wasn’t pretty, popular, and plucky — the kind of girl who knew how to wield femininity as a weapon. She wore glasses and excelled at math, and she was too uncompromising for common friendship.

An oddball and misfit, she couldn’t bring herself to care about anything related to school, even in the moments she wanted to make life easier for herself. Her principal described her as “the most belligerent, uncooperative child in school.” Her classes were irrelevant, and what she cared about and loved most — her family — was misunderstood and ridiculed.

Her father had disappeared. Town gossip said he had left Mrs. Murry, the beautiful and brilliant scientist, for another woman. Meg knew this wasn’t true, but she had no evidence to the contrary. Her baby brother Charles Wallace had been a silent toddler, and while the family knew of his genius, everyone else believed he was “not quite bright” and “subnormal.” These judgments, and the smug superficiality behind them, made Meg furious.

She was quick to jump to the defense of her squad, the family she loved and who loved her back as she was. Over the course of the Time Quartet, Meg and her family repeatedly stood up for love and goodness and what was right no matter how difficult. They shared in their stubbornness, humanity, independence, and integrity.

Meg eventually became Mother to a sprawling brood of smart and difficult children, some of whom went on to have adventures of their own. As she explained to her eldest daughter Polly in A House Like a Lotus, their family — the Murrys and O’Keefes — fought “on the side of angels.”

Brilliant, flawed, and idealistic, they followed their callings around the globe and sometimes across space and time. But no matter the physical or temporal distance, they held tight to each other and always found their way home.

Anindita Basu Sempere is a doctoral candidate at the University of Neuchâtel’s Institute of English Studies. In 2016 she co-created Summer of Darkness, a digital humanities app that performs an archive of 200-year-old material in “real” time. She's also a YA writer who’s represented by the Andrea Brown Literary Agency.