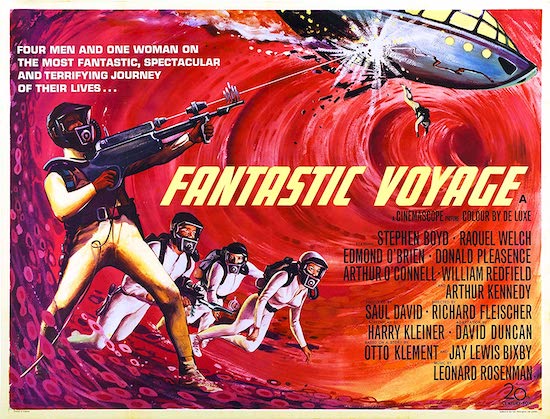 Science fiction has always been touted as a gateway into new worlds and possibilities. Audiences are drawn to the genre for its ability to imagine a future different than our present — often better, more equitable, more invested in the things that matter. Of course, the drive to envision these new universes often comes from the sobering realities of our own.

I was seventeen when my mother collapsed on our kitchen floor, convulsing, battling to survive a ruptured brain aneurysm. I sat on the edge of the couch in my living room, sobbing, as the paramedics took her away. At the hospital, my grandmother and I learned that she would survive, but there would be a long road of rehab ahead. The doctor told us that she was lucky, that most burst aneurysms kill immediately. In the branching aftermath of that moment, I spent many days fitting the narrative into a desperate, actionable frame of fiction. Movies have always lent context to my life. Growing up with a single mom, the silver screen filled in many gaps while she worked. I learned empathy for the stories of others. I understood the timing of a good joke. I saw what bold action looked like in various forms. While I digested these things, my mother shouldered what burdens of family she could. To cope, she smoked and ate poorly. Her life shrunk to accommodate the hope of mine.

An obsessive desire to consume whatever material about brain injuries I could led me to Fantastic Voyage. In the movie, a crew of scientists and government agents use shrinking technology to enter the body of a colleague and attempt to remedy the damage a clot in his brain has caused. The conceit lent itself well to my escapist tendencies and I spent more than a few nights dreaming of doing the same for my mother. The distinction between reality and fiction never felt quite as negligible as in those moments. Encouragingly, the opening placard of the film stated, “Someday, perhaps tomorrow, the fantastic events you are about to see can and will take place.” Watching my mother fail to recognize me and have to relearn the most simple of tasks made it clear, however, there was no miracle day ahead.

When I was six, my mom took me to Disney World. It was a huge expenditure for our family and we were damn sure going to enjoy it. We trekked across the park at speed, only slowed by excruciatingly long lines. When we boarded the now defunct Fantastic Voyage-like ride Body Wars, I didn’t know what to expect. We strapped into our seats and were whisked along with white blood cells on the screens surrounding us. As the ship started rumbling through the circulatory system, my mom reached over to hold my hand. It was a comfort during the turbulence. I tried my best to return the favor years later when she lay in the hospital bed. Her hand felt so small in mine.

See All Posts by Matthew Daniel

Matthew Daniel is a tired, but hopeful teacher living in New Orleans and working in the ever changing, never changing education landscape.