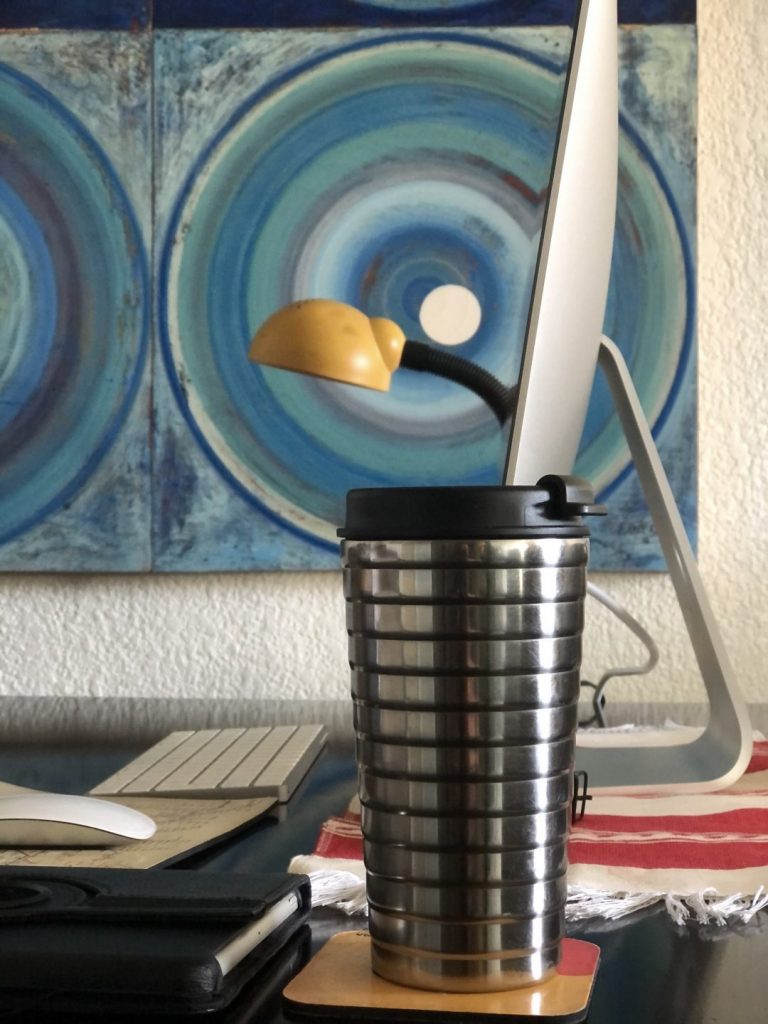 I use my thermos nearly every day — in the morning, to carry my coffee to the park where I go running; later in the day, as I commute to class or various meetings; and I use it at home in my flat, as well.

As some of us have discovered, it’s the little things in life that are the most valuable. Life at times seems adverse or even hostile, which is where an appreciation for seemingly banal, everyday objects really helps. Sometimes you see something, as though for the first time, even though it’s always been there. Ever since I began seeing things this way, it’s become very important that the things I carry with me throughout the day display an aesthetic beauty that makes them valuable to me in a way that has nothing to do with price. Many objects are intended to be beautiful, but often their beauty is a kind of varnish or halo that doesn’t last; the objects to which I’m attracted are designed in such a way that they radiate a kind of transformative force.

My thermos, then, is like a magic wand. It transforms any environment. By which I mean to say that it both conforms to each space it enters while also adding beauty; it “harmonizes” whatever milieu it’s in.

I lost my original thermos, some years ago. I searched everywhere for it, but I never recovered it. I was forced to learn a lesson, then: Don’t get too attached to material objects. At the same time, it was at this point that I began to really contemplate which objects in my life were the most valuable to me, and why. Alas, the company had stopped selling the particular model of my thermos, so it seemed as though I’d never possess it again However, a year later, they reissued it — I couldn’t resist purchasing a replacement.

Although it’s a replica of the original, my replacement thermos fulfills the same function. Harmony has been restored.

See All Posts by Ivan Islas

Iván Islas is a professor of semiotics at the Universidad Nacional Autónoma de México (UNAM) in Mexico, and a brand consultant. On Twitter: @ivanislas.