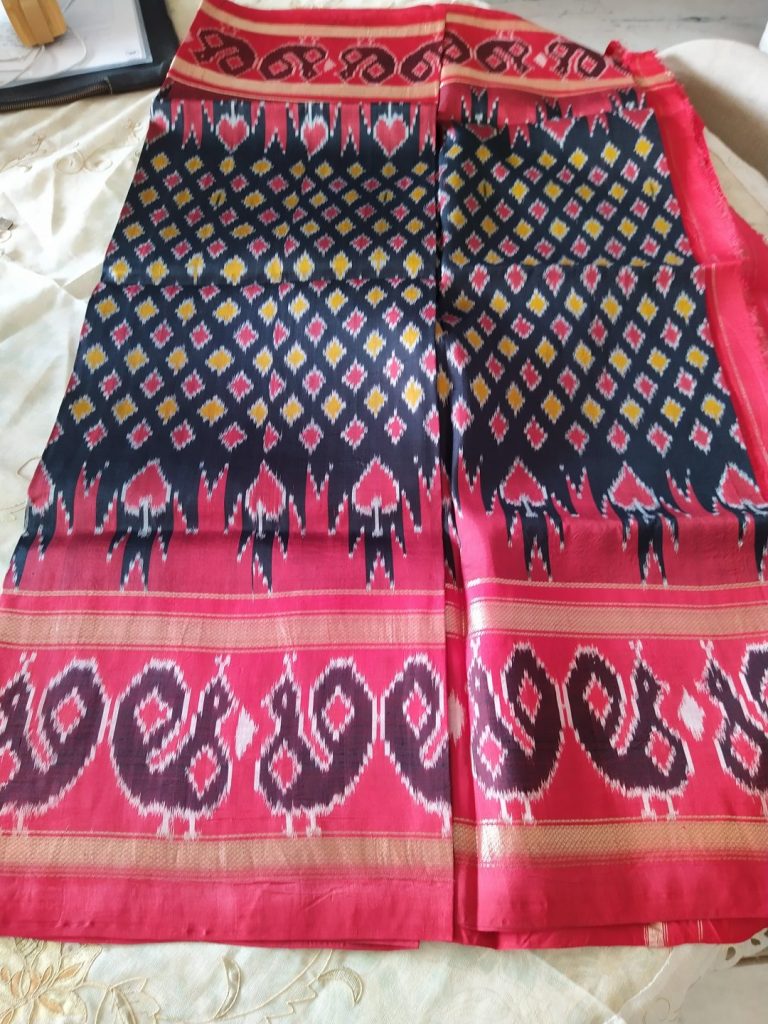 There are sarees that we inherit from our mothers and sarees that we buy for ourselves. Silk sarees, especially, from Kanjeevaram have a life that spans several decades. Like many women of my generation, I have a full wardrobe of silk sarees, bought or received as gifts for various weddings, Diwalis, birthdays and anniversaries.

And then there are the sarees with special significance. Some years ago, one of my childhood friends gifted me her mother-in-law’s Pochampalli silk saree in her memory, after she had passed away. I had known her since I was thirteen, looked up to her and admired her immensely. She was very capable, deeply engaged with making the world better, widely travelled, very cosmopolitan yet rooted in Chennai and our Tamil Brahmin culture. She played all her roles of wife, mother, daughter-in-law, Zonta president, and mother-in-law with great ease and élan.

And then another friend did the same, when her mother passed away. While going through her mother’s things, she picked out one saree that belonged to her mother, that she wanted me to have in her memory. I had also admired my friend’s mother for the same reasons.

I have never worn these sarees. Somehow, it doesn’t feel right to wear them. Yet I have kept them safely and carefully and will cherish them for all the years to come. These sarees speak to me at many levels. They remind me of the strength of women of previous generations, who faced much tougher resistance to their assertion from conservative society at large and overcame them. They give me inspiration to continue the push for women’s equality in a society based on male privilege.

They remind me of the power of inter-generational relationships among women. There are the emotions attached to blood ties and personal ancestry. These are common and found among all. And then there are the soul connections among women of different generations, which give women roots and wings at the same time.

Finally, these are sarees of a design, colour, pattern and weave of previous time periods. Kanjeevaram sarees, like the diamond nose ring, are an identity marker of my community, the Tamil Brahmins, Iyers and Iyengars. Pochampalli sarees from Andhra Pradesh are part of South Indian heritage. While I am cosmopolitan by choice, I believe that without connection to our roots, who are we? These sarees remind me of the place that generations of Tamil Brahmin women have given to Kanjeevaram and Pochampalli silk sarees, to express their sense of dignity, personality and identity.

See All Posts by Hamsini Shivakumar

Hamsini Shivakumar is a co-founder of Leapfrog Strategy Consulting, one of India’s premier brand consulting companies as well as of Semiofest, the global un-conference for applied semiotics practitioners. Prior to starting Leapfrog in 2008, she was Strategy Head at JWT Mumbai, member of the National Planning Council at JWT India and Regional Planning Director for Asia on Unilever. She is a trained semiotician and a prolific writer on consumer and brand issues in international and Indian publications.