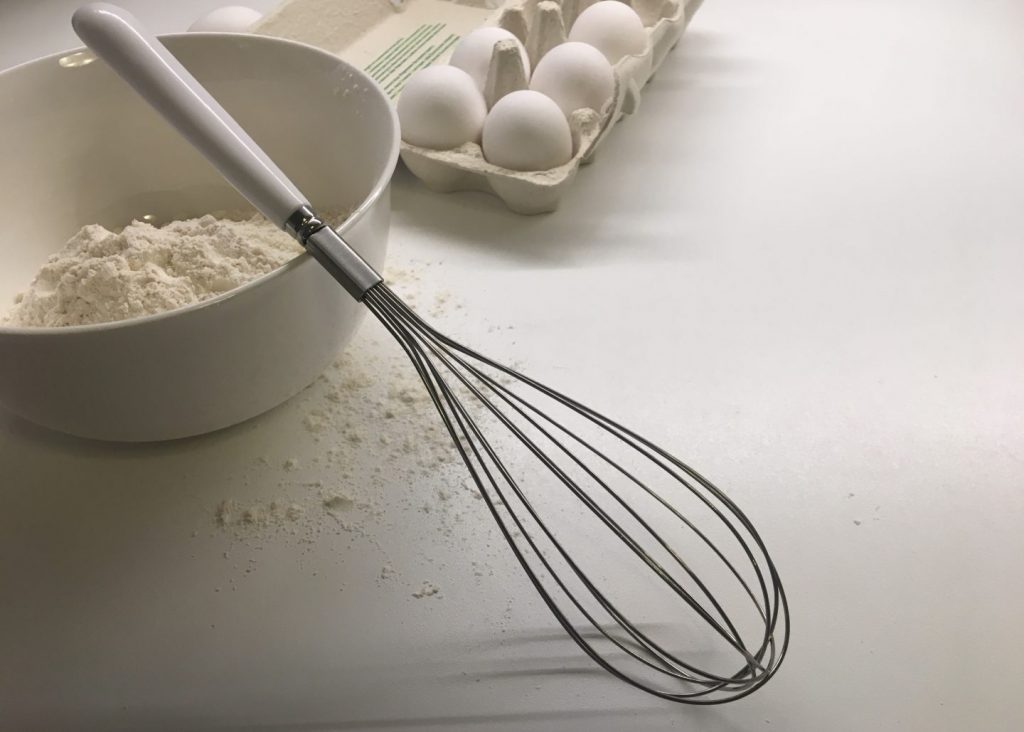 My schoolteachers would not be proud of me if they found out that I have dedicated an article to a whisk. Soviet schools taught us to strive for high goals and great achievements. ‘Primitive’ interests like food, clothes, and material life in general were never a topic of discussion in decent company. Personal wellbeing, family, and everyday household practices were subordinated to society’s needs and to the future happiness of all people.

However, today many Russians gravitate towards a simple peaceful life inside their small circles. I feel a little guilty writing this at the moment, but I am one of those people. I get energy from common things like cooking.

The whisk is one of my favorite kitchen devices. I only use it when I have time (and am in the mood) for baking. Unlike other tools, it is not connected with my everyday routine. It is also not associated with high responsibility: for birthdays or other important events I order cakes from bakeries. Instead, the whisk is associated with relaxed Saturday mornings and days off, and with my childhood: pancakes, homemade cookies, simple desserts.

There is no noise and no rush, no strict rules and instructions, as with electric devices. Total freedom! The whisk is easy to use, it weighs nothing, there are no dangerous sharp elements. And it is a beautiful object. Its shape resembles a flower: In fact, the Russian word venchik (whisk) also means ‘flower corolla’, from venets (crown).

My children love to help with baking. We talk while we cook, we watch how raw ingredients slowly transform into something nice. The texture of dough sometimes triggers ASMR-like sensations in me. I like the anticipation of fresh pie scent around the house and how butter will melt on its hot crust. We gather at the table, pour warm drinks and the pie disappears in five minutes. What could be better on a dark winter day in Moscow?

For me, an old-fashioned hand whisk signifies: a break from bustle and stress, the luxury of having free time, stability during turbulent years and, above all, a sense of home. Perhaps these are the things that we should put first, because they give us strength for more public-facing achievements.

See All Posts by Maria Papanthymou

Maria Papanthymou, semiotician and cultural researcher, specializes in Russian culture. PhD in social psychology, MA in marketing communications. Twenty years of experience in marketing and media research, including over 10 years in semiotics.