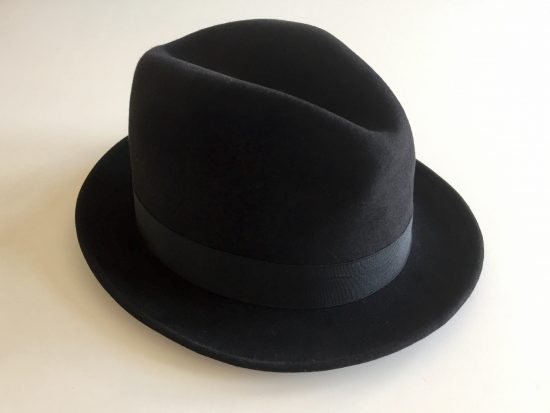 I arrived in New York City in 1980, an immigrant from the deeply unstylish southwestern suburbs of Cleveland. I was insecure and adrift. I dimly sensed that my life in Ohio had been hopelessly insular, and that my new home operated by norms and customs that were utterly foreign to me. That year, Lisa Birnbach published The Official Preppy Handbook, a brilliant social satire that I mistook for a how-to guide. I was deeply afraid of being laughed at. Here were instructions on how to fit in, complete with a shopping list: blue blazers, button-down Oxford-cloth shirts, oxblood loafers. In my new job, I was largely kept behind the scenes, but after being called into a surprise meeting and feeling underdressed, I vowed to wear a tie every working day for the rest of my life. I sought to be as normal and unremarkable as a John le Carré spy.

In retrospect, my desperate surrender to conformity was odd. After all, I was working as a graphic designer, a field where convention invited flouting. Yet “dressing like a designer” seemed a much more complicated proposition, one in which daring and originality concealed a higher order of rules, rules that imposed their own conformity, yet for which no guidebook existed. Somewhere along the way I saw the quote “Dress like a bourgeois, think like a revolutionary,” variously attributed to Charles Baudelaire or Gustave Flaubert. I took comfort in the idea that my insecurity was actually a deliberate strategic choice. By fitting in, my bold and disruptive ideas — if I were to have them — would take my colleagues by surprise. I clung to these habits for the next four decades.

Along the way, something strange happened. Everyone stopped dressing like me. Jackets and ties, once mandatory, became optional, then exceptional. Increasingly, day after day, meeting after meeting, I would be the only person in the room not wearing an open-collared shirt. I would never begrudge anyone else their right to wear a t-shirt with an ironic vintage logo to work (to work!), but I would have just as soon shown up stark naked. Every morning, I coordinated my tie with my socks, my belt buckle with my watch, and set off, the only person in my subway car dressed for business.

About ten years ago, I took one final step. I made an appointment at one of New York City’s last hat shops, Worth & Worth, and inquired about purchasing a felt fedora. I explained that I was going bald and my optometrist had suggested I avoid sun in my eyes, but in fact I had simply decided to complete my unwilling transition from anonymous everyman to eccentric fop. I explained that I did not want anything that might be mistaken for the kind of hat a hipster would wear, that I wasn’t making a retro Mad Men-inspired fashion statement, but rather just wanted a perfectly normal hat. I bought an American-made, size 73⁄8 black model from their Madison line: simple, elegant, classic. I wear it every day, disappearing into a crowd that exists only in my imagination.

See All Posts by Michael Bierut

Michael Bierut is a partner in the New York office of the international design consultancy Pentagram, a teacher in design and management at Yale University, and the author of Now You See It and Other Essays on Design.