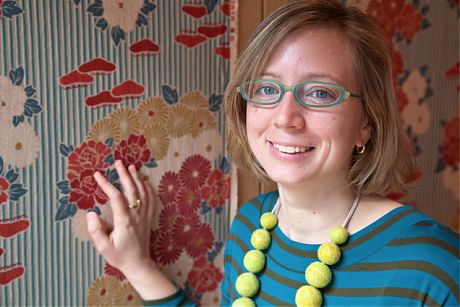 By rights, I’m a spring. In the 1980s we all got our colors done and my results were discouraging. Pink, light blue, Easter hues would be most flattering to my pale skin and light eyes. Small, gold jewelry and minimal patterns were recommended given my small scale. It all sounded very… pleasant. Who ever heard of a pleasant critic? Inside, I didn’t feel pastel or small or minimal. Inside, I feel loud. Beads, round, colorful, unmissable, flattered my personality.

With them I wear big prints, Marimekko when I can afford it, and the combination has become a kind of uniform. If I’m giving a talk, you can see me in the back. I’ve worn the same outfit both pregnant and not. I look like a paper doll, the graphic essence of myself, with a breastplate of beads. I am a character.

Once I adopted this costume, I noticed other critical women doing it too. After watching The September Issue I started to feel that Anna Wintour’s power was contained in her bob, her sunglasses, and the strand of giant gems perpetually around her neck. (I could not afford a set of her beads, I checked.)

Georgia O’Keeffe controlled her image by dressing for photographs in black, a flat-brimmed hat and bold Native American jewelry. Her style was so consistent that Jennifer Lawrence dressed à la mode du Georgia in a series of Dior ads.

I’ve always been intrigued by how Ada Louise Huxtable, the New York Times’s first architecture critic, presented herself. The first word that comes to mind is ladylike: blouses, strands of pearls, hair up in a cloud. The background is books or buildings, the effect is one of distance. She’s ready. Are you?

It is not unusual for me to be on a panel with four men, a head taller, suits. I’m never going to fit in so I might as well stand out. My beads say, I’m not here to smile and agree. 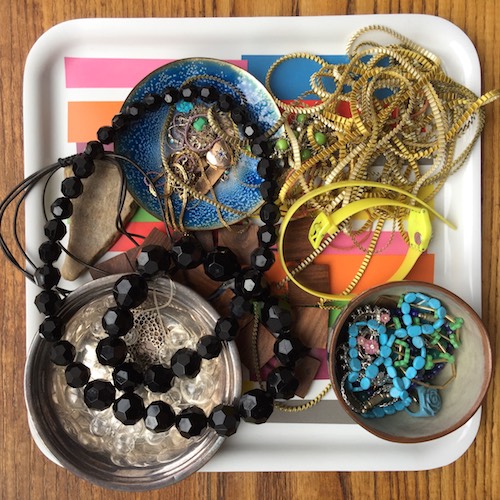 See All Posts by Alexandra Lange

Alexandra Lange is the architecture critic for Curbed and the author of The Design of Childhood: How the Material World Shapes Independent Kids (June 2018).