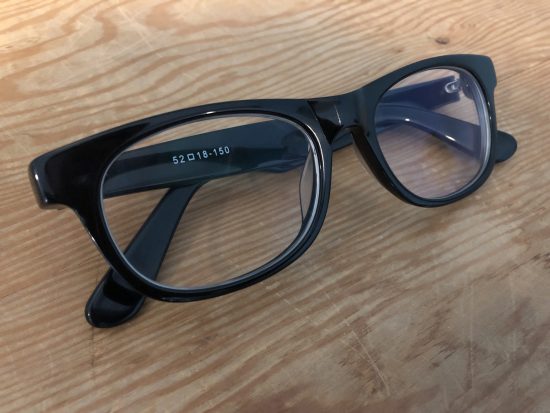 In 1986 my two friends and I moved from Ft. Collins, Colorado to London. We’d formed a rockabilly-punk band while we were in college and wanted to see if we could become successful in the UK, home to many of our favorite bands, including The Clash, The Buzzcocks, and The Smiths.

About a week after we landed, I met someone who knew someone who wanted to sublet his council flat in Elephant & Castle for a year while he went to carpenter school in Liverpool. The rent for the four of us (the guitarist’s girlfriend came with him) was 14 pounds a week, which meant my share was the price of a couple of pints of lager. It was unfurnished but we found mattresses in a dumpster and slowly acquired chairs and tables left on the curb.

Up until then, I’d had excellent eyesight, but I started noticing that details in London’s skyline were looking a little fuzzy. For instance, what was going on with the statue of Admiral Nelson that stood atop the 179-foot-tall column in Trafalgar Square? Was he missing his right hand? I needed eyeglasses. But I couldn’t afford them.

One day my bandmates and I were handing out fliers in Covent Garden for our upcoming gig at a place called The Rock Garden. We saw Morrissey standing against a railing. The second I saw the Clark Kent eyeglasses he was wearing I knew they were the only kind I would ever want. Our drummer handed him a flier. Morrissey didn’t say anything. He held the paper with both hands, lifted it to eye level, smiled, folded it, and put it in his pocket.

He didn’t come to the show.

Months later, I read that his glass were one of the free National Health Service spectacles (Model 524) given to people who couldn’t afford ostensibly more stylish glasses.

When I moved back to Colorado and got a job, I went to an optician and had my eyes examined. I described the kind of glasses I wanted but he didn’t have any. I ended up buying a pair of Ray-Ban Wayfarer sunglasses and had prescription lenses put in them. I did that for years, but now I buy them for $30 a pair online. I go through a pair every six months or so.

Morrissey stopped wearing his glasses a long time ago. I stopped reading interviews with him because he’s so cranky now. But I still thank him for the glasses I’ve worn every day for over 30 years. 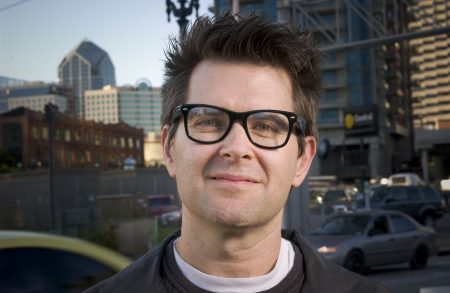 See All Posts by Mark Frauenfelder

Mark Frauenfelder is a research director at Institute for the Future, the founding editor-in-chief of MAKE magazine, the co-founder of Boing Boing, and the editor-in-chief of Cool-Tools.org. He was an editor at Wired from 1993-1998, the founding editor of Wired.com, and is the author of eight books, including Maker Dad: Lunch Box Guitars, Anti-Gravity Jars and 22 Other Incredibly Cool Father-Daughter DIY Projects.