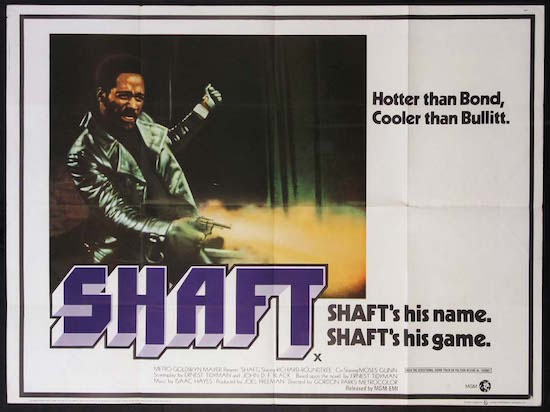 I’m a black woman who has watched Shaft twice, both times with white male fans of the movie. There’s a lot to unpack there, and I have thought about it — but let’s leave it for another day.

I enjoy a good blaxploitation flick — I even co-host a podcast on the topic — but if you ask me, Shaft, a movie about a black private detective hired to rescue a Harlem gangster’s daughter from the Mafia — is just OK. While I understand the historical and cinematic significance of the movie, I prefer the ass-kicking of Pam Grier in Foxy Brown or Coffy, or the absolute insanity of Dolemite or Disco Godfather. That said, Richard Roundtree is fantastic as Shaft, a suave but also complex character who struggles with moral conflicts. Outlandish things may happen in Shaft, but when it comes to walking a tightrope between humane and ice-cold, Shaft acquits himself well.

It may feature a black squad against a white squad, but race doesn’t come up nearly as much in Shaft as it does in other blaxploitation movies. Still, there are a few notable moments. When Lt. Androzzi (Charles Cioffi) insists that everything isn’t about race, he simultaneously claims that he needs to head off the battle between Harlem gangster Bumpy Jonas (Moses Gunn) and the Mafia because the optics would make it look like a race war. (Which, surprise, makes it about race!) Meanwhile, when asked why he wants to hire Shaft to retrieve his daughter, Bumpy readily admits it’s because Shaft knows white people. Ben Buford (Christopher St. John) calling Shaft a “Tom,” for getting involved in this rescue, should also be mentioned.

Despite my preference for Pam Grier movies, there’s a lot to be appreciated here. And not just Roundtree’s cool performance and the ass-kicking. Shaft’s girlfriend Ellie (Gwenn Mitchell) and the old woman whose scissors Ben uses to threaten Shaft are treated well. The way Bumpy’s sidekick says, “They picked my man Leroy up and threw him out the goddamn window” makes me laugh. (It sounded like he was mocking someone weeping and I know that wasn’t the intent.) The soundtrack music during a sex scene also makes me laugh: It’s like something that would play during a ’70s game show when the host announced the prizes… or like the music to which Mary Tyler Moore would toss her hat (or, I guess, her bra) up in the air.

Also, this freelancer can’t help wondering how Shaft invoiced Bumpy. He told Bumpy the fee was $50 per day, plus expenses — but at no point was he saving receipts, writing down expenses, or keeping a timesheet. Did he negotiate a flat fee with a stipend, off-camera? Or did he just make up an amount at the end? Who knows!