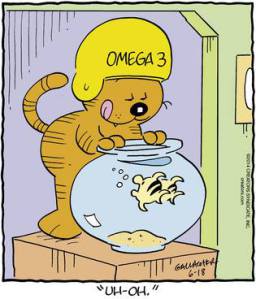 The OMEGA-3 helmet. Is weird because Heathcliff doesn’t eat the fish. We’ve established that he just trolls the shit out of them on the regular. 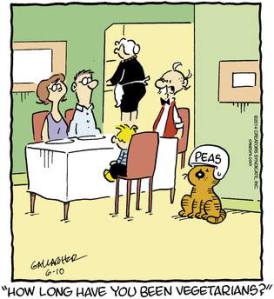 Next up, we have the PEAS helmet.

Why does this helmet exist? Heathcliff doesn’t even like veggies. Is he just planning to attack the people who are visiting because he hates peas? Is he going to steal their peas? What’s your game plan here, Heathcliff?

Whatever. Welcome to the Helmet Canon.