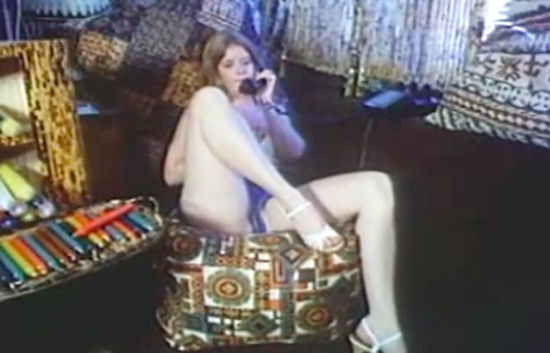 I looked at dirty pictures for the first time when I was eight or nine in the late 1970s, a copy of Playboy, slid out from between the mattresses of a friend’s half-brother’s bed. Clichéd as it is, this story is true. Most exciting was a sequence with a man in a sailor suit meeting, disrobing, and spanking a cheerful woman. They were having a blast, the whole thing seemed very goofy. This imprinted something deeply for me about sex — that it is fun and silly and is not tied directly to romance. Which is not very often what the implied sex in regular movies looks like. And fun is definitely not what’s going on in the pornographic movies I saw bits and pieces of in early adulthood. Everybody takes the whole thing too seriously.

Let me add that the narrative premise of the movie — high schoolers who want to earn money get jobs that come along with fondling by bosses, and decide to make a business of it — is pretty creepy and I’m not saying you should actually watch it.

But when I watched it again, I had forgotten all that. Twenty-odd years after I saw it on VHS, the girl with the candle was all that stayed with me, an emblem of the overlap between eroticism and silliness.