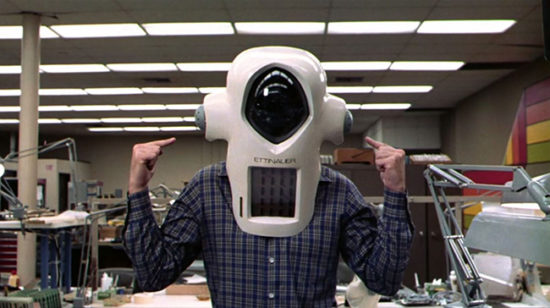 By 1979, the cult of Albert Brooks was stoked for his transition to feature films from comedy records, Saturday Night Live shorts, and massively meta standup comedy (his appearances on The Tonight Show Starring Johnny Carson are justifiably legendary). A small but important role in Taxi Driver whet the cult’s appetite for a cinematic career. Then Brooks wrote (with Monica Johnson and Harry Shearer), directed, and starred in Real Life. Conceived as a lampoon of the earlier PBS series An American Family (in which a documentary crew embedded with the disintegrating California Loud family), the film foreshadowed and preemptively mocked the “reality TV” revolution sparked by MTV’s The Real World and its transparently “produced” progeny (The Osbournes, The Simple Life, Duck Dynasty, and on and on and on), though a couple of decades too early.

The premise was a filmmaker (Albert Brooks as “Albert Brooks”) and a small crew embedding with the Yeagers of Phoenix to capture a year of the family’s “reality.” The thinnest veneer of social-science academia provided the project with an imprimatur of seriousness and endless tension. Charles Grodin, the Jimi Hendrix of quiet desperation, portrayed the patriarch. Like the Louds, the Yeagers are almost immediately ruined by the insertion of cameras into their family life. So eventually is the filmmaker, who resorts to scripting a gangbusters ending for his scuttled vérité experiment.

The film’s funniest concoction, these cameras are the Ettinauer 226XL, proudly introduced to the audience by “Albert” and worn like space helmets by their operators. “Only six of these cameras were ever made,” Brooks says in the introductory sequence. “Only five of them ever worked. We have four of those.” The faceless and mostly nameless Ettinauer Stormtroopers become omnipresent players in the drama, reflected in store windows and darting among the distraught characters. The idea was that the Ettinauer moon men would diminish the impact of cameras on their subjects, an impossibility heightened by their bulk and all-seeing and all-hearing eye and ears.

Real Life disappointed almost all but the cult of fans Brooks had built (Ebert: “An idea is not enough for a movie”), though its 3D trailer is still pretty great. Brooks went on to semi-stardom as film-comedy auteur (Modern Romance, Lost in America, Defending Your Life), dramatic actor (Broadcast News, Drive) and voice talent (The Simpsons, Finding Nemo). In Real Life, the fictional Ettinauer was his farcical evolutionary step toward the future of pocket-sized production companies complete with audio, video, transpo-on-demand and delivery craft service.

Real Life wasn’t, and couldn’t be real life, and that was the whole point: The film showed that however devastating it might be to its participants, “reality” as mass entertainment could be a commodity. Brooks saw the future, whether he realized it at the time or not, through the lens of his made-up Ettinauer. 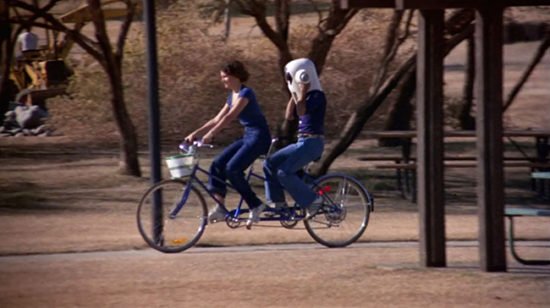 See All Posts by Dave Walker