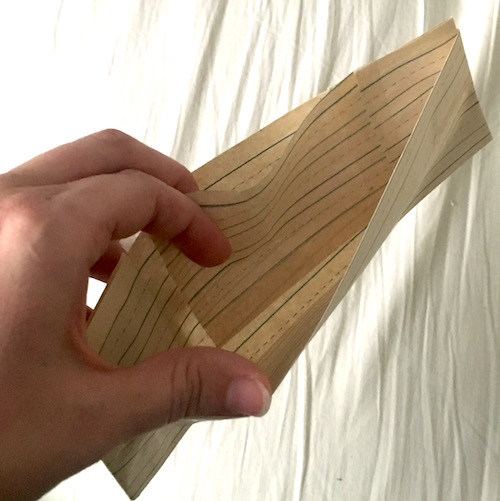 It’s been with me through four different states, in countless apartments; a wallet made of paper, tucked into a photo album among school photos and newspaper articles, greeting cards and childhood drawings. The contradiction between its practicality and its material has always made me laugh. The wallet is already nearly twenty years old. Its maker was just seven.

The paper is the kind that you use to learn handwriting. Do kids even learn handwriting anymore? Yellowing cream-colored lightweight newsprint paper with dark blue lines, solid and dashed, serving as decoration rather than directive. But within is the feature I find most charming — a small pocket. “For change,” I remember her telling me. A paper wallet with a change pocket!

Why she chose to create this particular gift for me will always remain unclear. The wallet is an unlikely talisman, made by a child who somehow already knew that a wallet was a need, something important that everyone should have, something you could even make for another person out of folded handwriting paper and Scotch tape.

She was killed in a car accident in 2000, along with her dad, just shy of her eighth birthday. I remember, even in the aftershock haze of it all, poring over the paper wallet with her mom. We laughed at the perceived usefulness of it stacked up next to birthday cards covered in stickers, drawings of butterflies. The change pocket, its particular detail, bringing tears to our eyes that she had thought it through.

My whole adult life I have never stopped thinking about it — the fact that not only would she never have her own wallet (a small, fleeting thought) alongside the fact that I have wanted to do everything I could in this life because she could not (a much larger, encompassing series of thoughts). I was nearly seventeen when she died, and after all of these years that is still the event that guides me.

Recently I showed it to my boyfriend as a means of imparting to him the joy it was to know her, to somehow explain her, to show him a little piece of a personality he would never encounter beyond the detritus of her life in the photo album. The paper wallet still makes me laugh. And cry. I imagine it in the future — brittle, faded and cracking, and I imagine doing everything I can to preserve it, carrying it with me until, one day, I die too. 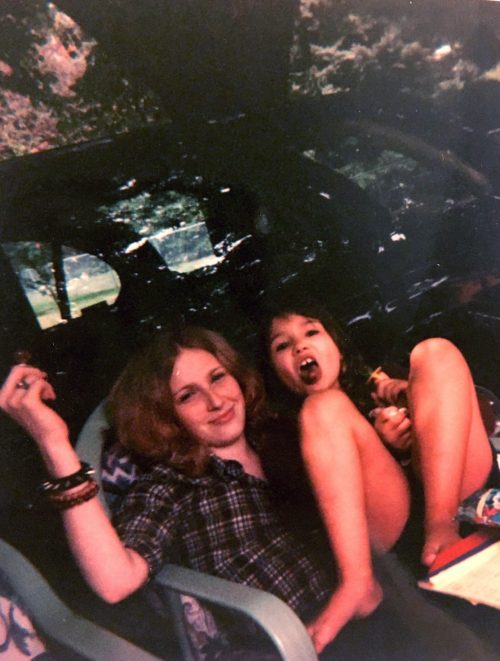