There are, in fact, no “generations” except in the biological sense. There are only categories and crises of temperament [which] crisscross and defy and deny chronology. — Cynthia Ozick 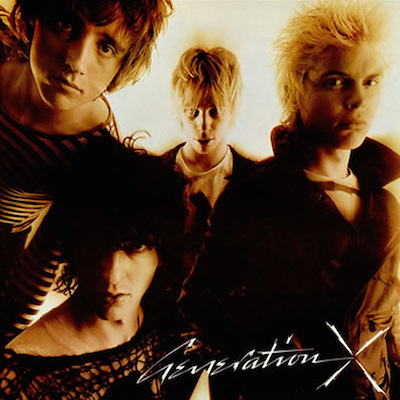 I’m hardly the only student of periodizations to have remarked upon the “long decade” phenomenon; as far as I know, though, I’m the first to have been reckless enough to codify this insight with an eccentric, risibly precise periodization scheme. The scheme began as a tongue-in-cheek experiment. But I’ve looked at social, political, cultural, economic factors — and my periodization never fails.

The Forties ended in ’53 (e.g., with the censuring of McCarthy), the Fifties in ’63 (e.g., with the assassination of Kennedy), the Sixties in ’73 (e.g., with the death of Gwen Stacy in Spider-Man #121). It’s uncontroversial to say that punk began in 1974 and ended in 1983: “The seventies, sprawled out in chaos between the progressive sixties and the conservative eighties,” writes Nicholas Rombes in A Cultural Dictionary of Punk, whose subtitle (1974–1982) is only incorrect by one year, “was so incoherent that punk’s incoherency made perfect sense, or nonsense.” James Parker notes that alternative rock’s birth year was 1984: “Meat Puppets II was slap-in-the-face great. It came out in 1984, part of the same evolutionary spasm that birthed Hüsker Dü’s Zen Arcade, the Minutemen’s Double Nickels on the Dime, Black Flag’s My War (all of them on SST).”

A corollary to this periodization scheme: During “4/3” decades, the 8/9 years are — for better or worse — an apex. For example, 1969 — ’nuff said. A recent work of history, Christian Caryl’s Strange Rebels, makes the case that 1979 was a key moment of counter-revolution, a swing of the historical pendulum against the trends of the preceding decades. At the start of 1978, the Soviet Union and China seemed immovable monoliths of Communist ideology. Iran was run by the Shah, and Afghanistan was run by a secularist keen on modernization and women’s rights. The Iron Curtain seemed a permanent division between the free and the unfree. By the end of 1979, none of the above was still the case. The Soviet bloc was destabilized by the effect of Pope John Paul II’s papacy on Poland; the Shah had fled into exile and the Ayatollah Khomeini was at the head of Iran’s new revolutionary government. Islamist guerrillas had begun the war of resistance in Afghanistan. And Deng Xiaping had steered China toward its new identity as a capitalist economy.

Here is my generational periodization scheme; note that it’s a work in progress:

The work of certain creative types parallels the zeitgeist: for example, David Bowie’s 1973 announcement that he was retiring the “Ziggy Stardust” persona was a farewell to the Sixties. Also, check out “Annus Mirabilis,” by Philip Larkin:

Sexual intercourse began
In nineteen sixty-three
(which was rather late for me) –
Between the end of the “Chatterley” ban
And the Beatles’ first LP.

Up to then there’d only been
A sort of bargaining,
A wrangle for the ring,
A shame that started at sixteen
And spread to everything.

Then all at once the quarrel sank:
Everyone felt the same,
And every life became
A brilliant breaking of the bank,
A quite unlosable game.

So life was never better than
In nineteen sixty-three
(Though just too late for me) –
Between the end of the “Chatterley” ban
And the Beatles’ first LP.

George W.S. Trow’s periodization of the Fifties/Sixties shift, in “Collapsing Dominant,” a 1997 essay written as an introduction to a new edition of his 1980 monograph Within the Context of No Context, complements my periodization:

My generational periodization scheme corresponds to my “2/3” and “3/4” and “4/5” decade periodization. (Generational consciousness is formed in important ways by tectonic pressure from the eras in which they grew up and came of age. That’s a truism; if you don’t believe it, then you don’t believe in generations, period. Those era-specific pressures are a confluence of factors: social change, cultural shifts, historical events, demographics, economics, even natural disasters. None of which is to say that generational consciousness isn’t also formed by other pressures — the influence of other generations, for example; or the influence of certain charismatic or powerful individuals.) The Boomers, for example, aren’t simply men and women born during America’s postwar baby boom. Instead, they’re men and women who were in their teens and 20s during the Sixties (1964-73), and in their 20s and 30s during the Seventies (1974-83). Trow writes about “social generations — from the ’50s, from the ’60s, from the ’70s, from the Reagan era, from now,” and my use of the term generation is similar to this cusper’s. 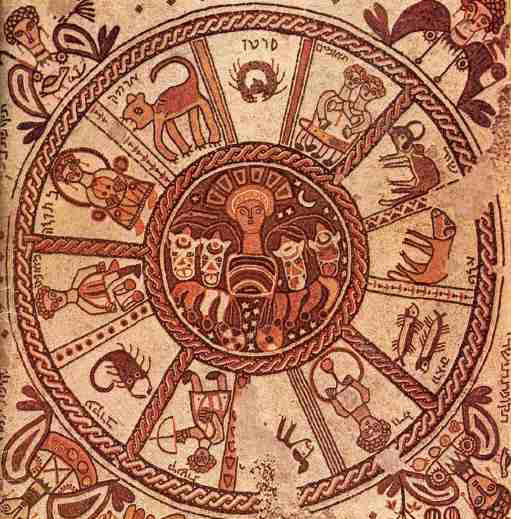 Being born on the cusp between two generations might mean identifying with the “right” generation. But it might also mean identifying with the “wrong” one. For example: Oscar Wilde, though born in 1854 and therefore technically a member of the Plutonian Generation, is much easier to identify as a Promethean (1844-53); while Vincent Van Gogh, though born in ’53, is best identified as a Plutonian (1854-63).

“No one is ahead of his time,” Gertrude Stein (a cusper, born 1874) writes in “Composition as Explanation,” “it is only that the particular variety of creating his time is the one that his contemporaries who also are creating their own time refuse to accept […] and it is very much too bad, it is so very much more exciting and satisfactory for everybody if one can have contemporaries, if all one’s contemporaries could be one’s contemporaries.” This is precisely how all cuspers must feel.

Jonathan Lethem, writing in The New York Review of Books, in 2019:

I was born in 1964. Some of my favorite books attempt to account for what life was like before, during, and after some large rupture in the collective human prospect, or the advent of a reality-reshaping rupture, ideology, or technology. Transformations still in living memory, but receding fast: Anthony Powell’s A Dance to the Music of Time, Robert Musil’s The Man Without Qualities, Doris Lessing’s The Children of Violence, Ford Madox Ford’s Parade’s End — each of which tries to encompass the atmospheric changes between and around convulsive European wars, as does Paul Fussell’s tremendous study The Great War and Modern Memory. Booth Tarkington’s The Magnificent Ambersons partly concerns itself with the effect of the coming of the automobile on small-town Midwestern life. George W.S. Trow’s glinting essay “Within the Context of No Context” captures television’s insidious displacement of older social orders.

Here we find a cusper talking about the bewildering, yet perspicacious experience of finding oneself uniquely able to look forward and back into otherwise discrete sociocultural eras, across the “rupture” between one generation’s habitus and the next’s. Note that Lethem also mentions Ford Madox Ford (1873), Paul Fussell (1924), and George W.S. Trow (1943) — all of whom are cuspers mentioned elsewhere on this page.

I’ve left many names off this list. But it’s fascinating to see that Dashiell Hammett and Cornell Woolrich, who pioneered hardboiled and noir fiction, respectively, are cuspers; as are dystopian novelists Aldous Huxley and George Orwell. Not to mention many particularly insightful historians, economists, science fiction authors, and humorists.

And — didja notice? Kurt Andersen and Michael Hirschorn are cuspers, born a decade apart. They’re both fascinating, insightful social and cultural critics; their joint project, Inside.com, was way ahead of its time.

My generational periodization scheme is only a half-serious one. But it gets more convincing all the time.