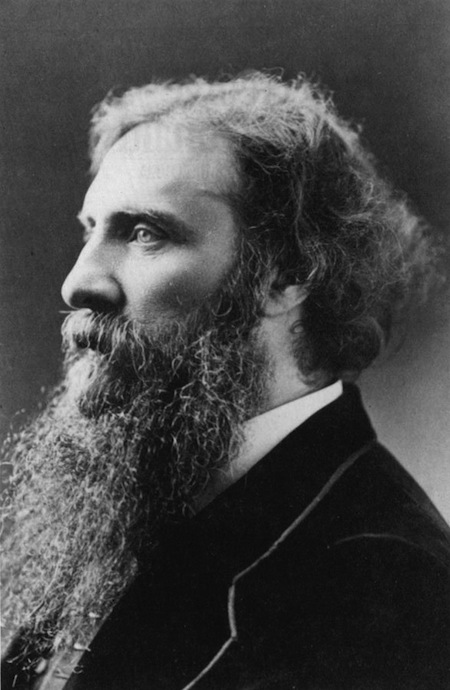 GEORGE MACDONALD’s (1824–1905) characters are always walking through mirrors, descending to the underworld, climbing endlessly turning staircases, finding mysterious doors, crossing death to life. A Scottish Congregationalist preacher who turned to full-time writing after his universalism grew too broad for the pulpit, MacDonald’s constant concern was the other side of the dark mirror, what would happen when we saw Truth face to face. His fairy tales and more gnostic “visionary novels” were widely praised by his contemporaries; even now they seem to have grown from the ground. But MacDonald never gives in to sentimental piety. In The Golden Key, his pair of protagonists, Tangle and Mossy, find a key and set forth in search of the door it will open, growing old and traversing so many multivalent landscapes and trials that they resist allegory. His stories ring clear like the bells of the land beyond death.

On his or her birthday, HiLobrow irregularly pays tribute to one of our high-, low-, no-, or hilobrow heroes. Also born this date: William Lloyd Garrison, J Mascis, Ada Lovelace, Gertrud Kolmar.