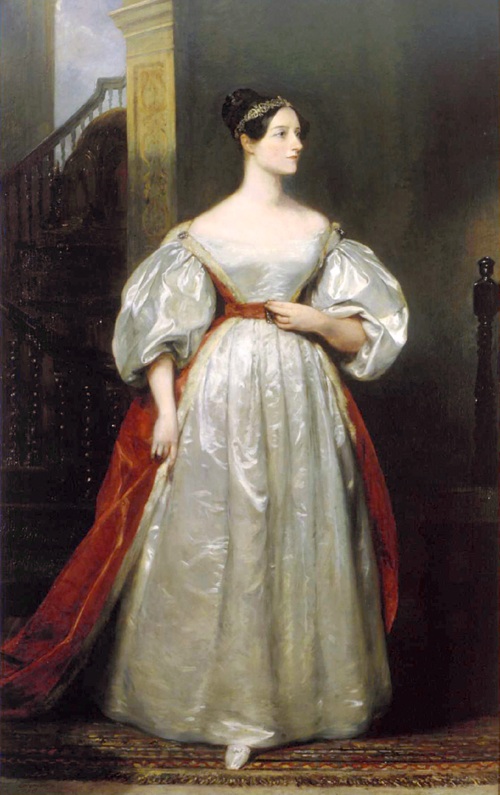 ADA LOVELACE (Augusta Ada King, Countess of Lovelace, 1815-52) was the only legitimate child of the most famous, and famously decadent, man of his age: Romantic poet George Gordon, Lord Byron. Her mother, concerned to nip any inherited madness or badness in the bud, immersed young Ada in mathematics and science, which were considered not dangerous to know. But Lovelace, Charles Babbage’s “Enchantress of Numbers,” used their power to create a technology much more disruptive than Romantic poetry had ever dreamt of being. Working with Babbage on his Difference Engine, Lovelace wrote what would have been the world’s first computer program, had Babbage ever managed to build the world’s first computer. (Later tests verified that her logic was correct.) Meanwhile, she applied her algorithms to other complex systems, such as horse racing. Sadly that application contained more bugs than features, and she managed to gamble away most of her fortune. She died young, but her perspective anticipated how we think, work, and communicate — and increasingly, how we define ourselves.

On his or her birthday, HiLobrow irregularly pays tribute to one of our high-, low-, no-, or hilobrow heroes. Also born this date: J Mascis.

READ MORE about men and women born on the cusp between the Autotelic (1805-14) and Retrogressivist (1815-24) generations.