Men and women born from 1785-94 were in their teens and 20s during the Eighteen-Oughts (1805-14, not to be confused with the 1800s), and in their 20s and 30s during the Eighteen-Teens (1815-24, not to be confused with the 1810s). According to the influential generational periodizers William Strauss and Neil Howe, there wasn’t any generational cohort born from 1785-94; they claim instead that a Compromise Generation (tentative, unaccomplished) was born from 1767–1791, while a Transcendental Generation (evangelical, extremist) was born from 1792-1821. So this is a lost generation, airbrushed out of official history.

As with every other lost generation, the Original Prometheans aren’t difficult to distinguish from their immediate elders (the Ironic Idealist cohort) or their immediate juniors (the Monomaniacs). They’re more earnest and politically engaged than the former; unlike the latter, they’re not founders of religious innovations and utopian colonies. One can only conclude, therefore, that the Original Prometheans cohort is “lost” for ideological reasons — that is, the generational periodizing powers-that-be would prefer it if this generation’s unique contributions and worldview went unrecognized.

Hi-, lo-, no-, and hilobrow members of the Original Promethean Generation include the second wave of Romantics (Lord Byron, Percy Bysshe Shelley, John Keats [cusper, born 1795]), who rebelled against the post-1815 revival of traditional oppression. Also: Arthur Schopenhauer (philosopher of Pessimism, anarcho-monarchist), Davy Crockett and his fellow anti-authoritarian Alamo fighters, and — remember, Prometheus was punished for having stolen fire from the gods — the pioneering electricity researchers Michael Faraday and Samuel F.B. Morse.

I’ve named the generation after Shelley’s 1820 dramatic poem, Prometheus Unbound. Shelley’s protagonist represents a humankind whose suffering will not cease until Jupiter (who here represents throne, altar, judgment-seat, prison) is overthrown — following which event a peaceful, quasi-anarchistic world order will spontaneously arise. PS: This cohort lends its name to the New Prometheans, a post-Romantic generation whose number also includes zealous activists and pioneering electricity researchers, but whose leading thinkers and writers rejected the Romantics’ utopian faith that the world is subject to reason and control.

George Sampson: “Tory society, which received the [Original Romantics] into its bosom, laid a heavy hand on the younger. Byron, whom it feared, was driven into exile; Keats, whom it derided, was bludgeoned; Shelley, whom it loathed, was caught in the meshes of the law.” British members of the Original Promethean cohort came of age during the Regency Period (1810-20), during which a dissolute Prince Regent filled in for mad King George III. Though first-wave British romantic poets (Blake, Wordsworth, Coleridge) were becoming conservative, Byron and Shelley held fast to democratic ideals; they condemned George III’s regime as tyrannical. Even at the time, then, this was a lost (ideologically suppressed) generation.

Middlebrows would have us think of Byron entirely as a sexual adventurer. As a result, today it is difficult to realize the force or extent of his influence on continental opinion. His English countrymen admired his poetry, but mocked his politics; he hated tyranny and championed the oppressed — though, it must be said, like many utopians, he didn’t think much of the oppressed.

Keats we ought to remember for his description of Negative capability — the poetic state in which we are “capable of being in uncertainties, Mysteries, doubts without any irritable reaching after fact & reason. […Being] content with half knowledge,” i.e., where one trusts in the heart’s perceptions. John Dewey explains what truth means to Keats (with reference to the famous lines, “‘Beauty is truth, truth beauty,— that is all/Ye know on earth, and all ye need to know.'”) in the following passage: “In [Keats’s] tradition … man lives in a world of surmise, of mystery, of uncertainties. ‘Reasoning’ must fail man — this is of course a doctrine long taught by those who have held to the necessity of a divine revelation. Keats did not accept this supplement and substitute for reason. The insight of imagination must suffice…. Ultimately there are but two philosophies. One of them accepts life and experience in all its uncertainty, mystery, doubt, and half-knowledge and turns that experience upon itself to deepen and intensify its own qualities — to imagination and art.”

Though middlebrows have attempted to rewrite Shelley’s legacy to make him seem a lyricist and a dilettante who had no serious intellectual position (Matthew Arnold described him as a “beautiful but ineffectual angel”), Shelley was a visionary — an idealist — a political radical. An atheist and materialist who believed in the perfectibility of man. His revolutionary epic, Laon and Cythna (w. 1817-18), is about the eternal war of love and truth against tyranny. And his Prometheus isn’t the impotent one we read about in Greek myth; Shelley’s Prometheus is “unbound” — his evil nature slips off, symbolizing the regeneration of humanity once religion and other tyrannies are overthrown.

The Original Promethean philosopher Schopenhauer criticized Hegel’s logical optimism and the belief that individual morality could be determined by society and reason. For Schopenhauer, human desire is futile, illogical, directionless, and, by extension, so was all human action in the world. However, he was adamantly against differing treatment of races, was fervently anti-slavery, and supported the abolitionist movement in the United States.

I should also mention James Fenimore Cooper, here — who was the first American (OK, after Ben Frankin) to be appreciated more in France than in America. He wrote romantic fiction set in a country lacking key romantic themes like class differences and gothic ruins; Cooper’s plots stage moral confrontations — between, for example, Rousseau’s dream of a man of nature vs. Rousseau’s dream of a social contract unanimously agreed upon. The French liberal intelligentsia responded to Cooper’s vision of primitive society in eclipse, for a noble people exterminated and the natural world laid waste; Sainte-Beuve, for example, hailed Cooper’s championship of “justice and liberty against oppression and force.” 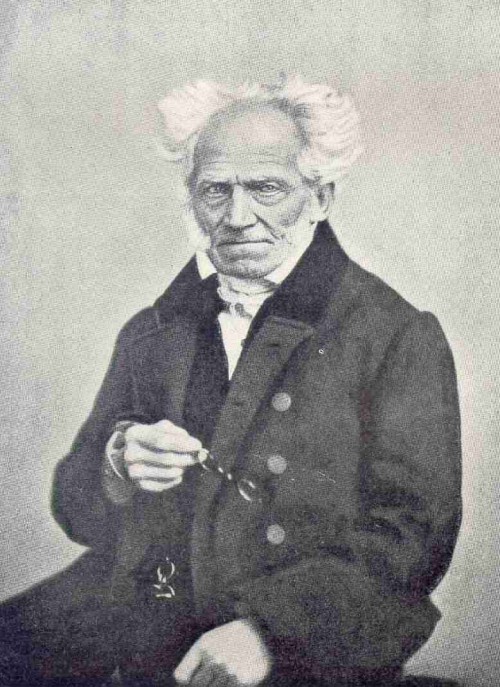 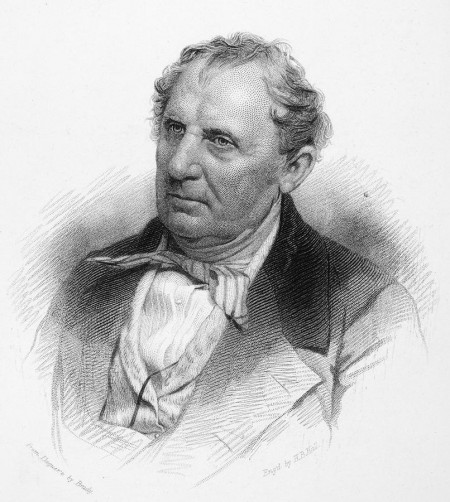 HONORARY ORIGINAL PROMETHEANS (born 1795): John Keats (key “second generation” [actually fifth generation] English romantic poet; Swinburne wrote in the Encyclopedia Britannica that “the Ode to a Nightingale, [is] one of the final masterpieces of human work in all time and for all ages”), John William Polidori (English writer and physician, known for his associations with the Romantic movement and credited by some as the creator of the vampire genre of fantasy fiction).

ADVENTURE WRITERS: James Fenimore Cooper (Top 200: The Last of the Mohicans, The Crater)