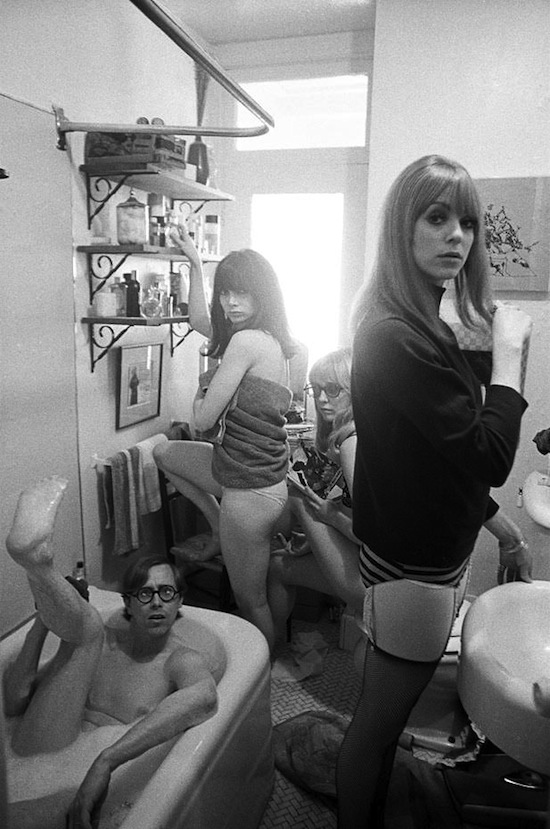 BRUCE CONNER (1933–2008) is an apostate from the high church of Modernism. His great heresy being that pure forms didn’t interest him; he preferred pulling apart the physical aspects of production to create discomfiting works of recontextualization. Conner pursued his interests almost as a critique of art careerism, abandoning each comfortable niche as he became established in it. He helped found assemblage with his disturbingly funky, sexualized, almost gothic pieces like “The Black Dahlia.” Conner repurposed the Victorian wreckage of San Francisco’s Fillmore redevelopment, wrapping used nylons over his structures to evoke everything from pendulous egg sacks to industrial cobwebs. Then he zagged left into experimental film exploring the American infatuation with war cast bitterly against sex and commercialism, re-editing found footage to new soundtracks, and using film leader itself to organize his films as recurring rhythmic elements. Again and again, Conner exploited media in unorthodox ways, creating iconic photocollages like “MindBomb,” playing with photosensitive paper to create his full body Angels, or toying with inkblots. He picked up the newly invented felt pen, and drew intricate mazelike mandalas, starting in one corner of a paper and filling the entire page without lifting his pen or crossing a line, continuing until the ink faded then ran out. A leading figure among Beat era artists on the West Coast and a close compeer of Wallace Berman and Jay Defeo, he dove headlong into the hippie end of the Sixties as an innovator of light shows, and re-emerged in the mid-Seventies as the key chronicling photographer of San Francisco’s punk scene after seeing Devo at the Mabuhay. Being art nerds and experimental film fans, Devo knew Conner’s work, including Toni Basil’s 1966 proto-video “Breakway,” so they hired him to create the groundbreaking video for “Mongoloid” in 1976. Conner never ceased his restless formal innovations; the last major project he worked on was to convert his bitingly satirical, surrealist photocollages into large Jacquard tapestries that pulled together his comic, bleak, and exalted sensibilities into one final, almost Dadaist gesture.

On his or her birthday, HiLobrow irregularly pays tribute to one of our high-, low-, no-, or hilobrow heroes. Also born this date: Kirk Hammett and Wyndham Lewis.