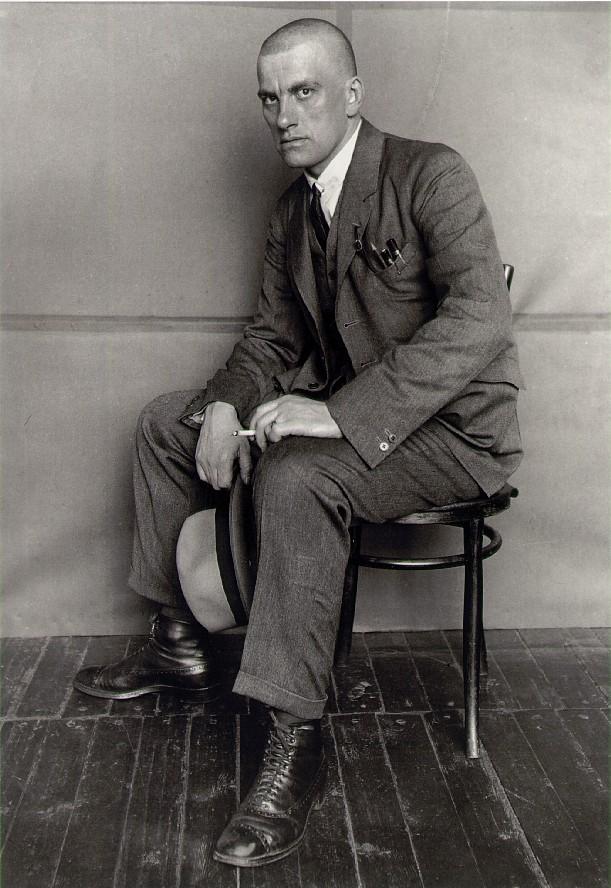 To His Beloved Self The Author Dedicates These Lines
“But where can a man
like me bury his head?
Where is there shelter for me?
…The gold of all the Californias
will never satisfy the rapacious horde of my lusts.
…I shall go by,
dragging my burden of love.
In what delirious
and ailing night,
was I sired by Goliaths —
I, so large,
so unwanted?”

The intensely charismatic, physically imposing, talented VLADIMIR MAYAKOVSKY (1893-1930) spent most of his life as a poet, filmmaker, performance artist, and propagandist in an artistic collective with the married couple Osip and Lili Brik — the former his publisher and confidant, the latter his collaborator, muse, and sometime lover. (Lili: “For two and a half years I didn’t have a moment’s peace. I understood right away that Volodya was a genius, but I didn’t like him.”) He was a futurist who claimed that “After electricity, I lost all interest in nature,” and a criminal who stole and distributed guns, among other things. Sent to prison as a teen, he read voraciously; he didn’t think much of Russia’s classic literature: “The last book — Anna Karenina. Didn’t finish it… Still don’t know what happened to those Karenins.” Though he had studied art, Mayakovsky accepted a dare from the avant-garde intellectual David Burliuk to become a poet. So he traveled, declaimed his poetry, gave revolutionary speeches, put down hecklers, and relied on his “lethal and incessant cleverness” — according to Pasternak — to win over the mostly uneducated crowds. He was a Chuck D or Kurt Cobain of his time, a master of wordplay and rhythmic verse who used vulgar imagery, common vocabulary, and neologisms to create a new style. (Why? “It’s hopeless to shove the bursting thunder of the Revolution into a four-stress amphibrach, devised for its gentle sound!”) His infatuation with all things modern didn’t last, though: In America in the 1920s, he found New York claustrophobic and malevolent: plus, “the filth is worse than in Minsk. It is extremely dirty in Minsk.” Though he remained a socialist, he refused to join the Communist Party after the Revolution; he shot himself in 1930.

On his or her birthday, HiLobrow irregularly pays tribute to one of our high-, low-, no-, or hilobrow heroes. Also born this date: Max Fleischer and Chester Himes.