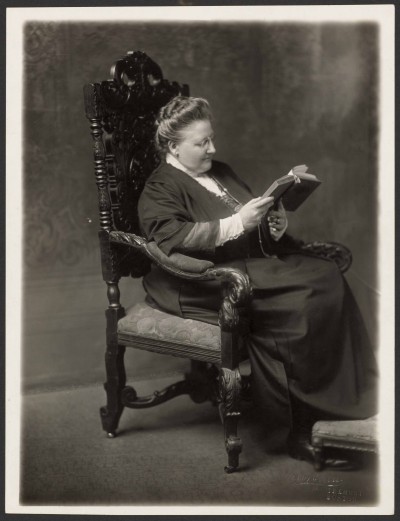 AMY LOWELL (1874–1925) has in recent decades been read as a lesbian poet, but it might be more accurate to call her a lesbian poetess. Her work is rather girly, filled with hyacinths and brocades and gender-nonspecific lover-longings by moonlight, while at the same time it is confident, certain, unapologetic, decided. The girliness probably came from entrenched turn-of-the-century conventions of femininity, while the confidence probably came from wealth. One of the Boston Lowells, whose brother would become a president of Harvard, Amy determined with great determination indeed in her thirties to become an Imagist poet in the style of H.D., no matter what anyone said. Ezra Pound said some quite nasty things indeed, but Lowell was undaunted. In the 1910s and ’20s she wrote poems, many of them; she gave considerable financial support to Poetry magazine and its affiliated poets, such as Carl Sandburg; she published literary criticism and an anthology of Imagist poetry; and, finally (some say the effort killed her), she published a lengthy biography and critical analysis of Keats, in which she argued that he could be considered the first Imagist. Such a counter-intuitive argument probably required Lowell’s admirable talent for assured incongruity, a talent also in evidence in her kind but keen poem about Pound’s resentment, “Astigmatism“:

The Poet came to a meadow.
Sifted through the grass were daisies,
Open-mouthed, wondering, they gazed at the sun.
The Poet struck them with his cane.
The little heads flew off, and they lay
Dying, open-mouthed and wondering,
On the hard ground.
“They are useless. They are not roses,” said the Poet.

Peace be with you, Brother. Go your ways.

Only brave Amy Lowell would marshal a vanquished army of personified daisies in a battle over avant-garde literature with the likes of the hirsute and irascible Pound. Lowell won a posthumous Pulitzer for her poetry in 1926. Brava, Amy!

On his or her birthday, HiLobrow irregularly pays tribute to one of our high-, low-, no-, or hilobrow heroes. Also born this date: Ernest Tubb, Frank Frazetta, George Ade, and Alban Berg.