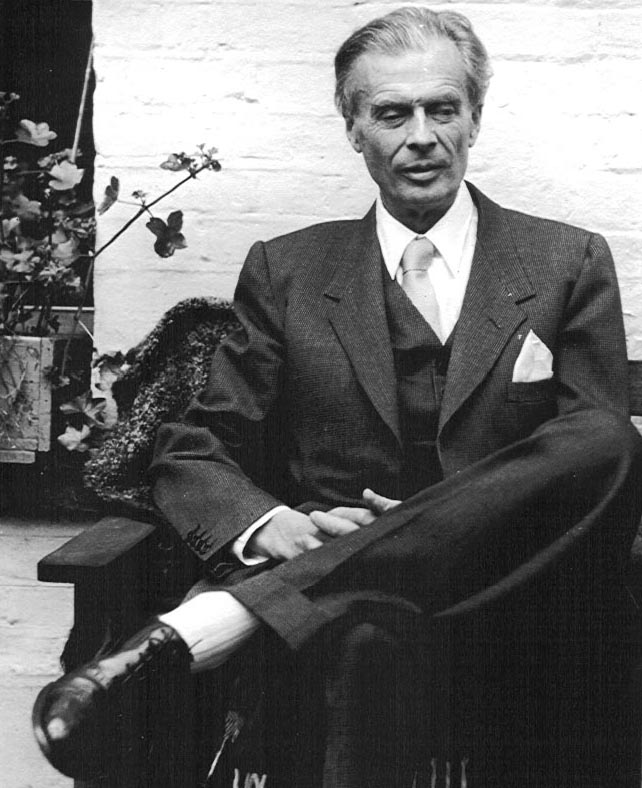 What wouldn’t we give to see the screenplay treatment for Walt Disney’s Alice in Wonderland drafted by ALDOUS HUXLEY (1894-1963) in 1938. Unfortunately, a brush fire burned down Huxley’s house in the Hollywood Hills in 1961, and most of his manuscripts were lost. Disney and Huxley met at at least one story conference, but Disney had no idea who Huxley was, and the entrepreneurial mouse purveyor said that Huxley’s idea of Alice “was so literary I could understand only every third word.” Unsurprising, given that Huxley had an impeccable intellectual pedigree as the grandson of T. H. Huxley and the great-nephew of Matthew Arnold, not to mention his first at Oxford, his association with the Bloomsbury circle, and most importantly his authorship of Brave New World (1932). That key work of Foucauldian late Radium Age science fiction vividly made the case that people could be terrifyingly well controlled by other means than force, namely culture, education, biotechnology, and recreational drugs.

Yet in both Brave New World Revisited (1958) and the straightforwardly utopian Island (1962) Huxley imagined better alternatives to that scary future, and indeed he did a bit of a flip-flop on the recreational drugs issue with his nonfiction treatise The Doors of Perception (1954). That Jim Morrison’s little rock band took its name from that work and that Huxley died on the same day John F. Kennedy was assassinated means, by the rules of factoid philosophy, that Huxley helped father the fabled Sixties, a psychedelic dys/utopia notoriously compounded of idealism and disillusionment. Kind of makes you wonder whether just enough of Huxley remained in Disney’s Alice to make it sync up with Pink Floyd’s The Wall, doesn’t it?