So named (by me) because of certain similarities to the Original Promethean cohort (1785-94), the New Prometheans — hi-, lo-, no-, and hilobrow members of which include Friederich Nietzsche, August Strindberg, Bram Stoker, Kate Chopin, Thomas Edison, Joris-Karl Huysmans, Comte de Lautréamont, Lucy Parsons, Oscar Wilde, Robert Louis Stevenson — is notable for its scientists and psychologists, who delved into dangerous areas of knowledge; for its thinkers and writers who rejected Victorian man’s faith that the world is systematic and subject to both reason and human control; and for its activists.

“There are things done today in electrical science which would have been deemed unholy by the very men who discovered electricity — who would themselves not so long before have been burned as wizards.” So opines Van Helsing, in Bram Stoker’s Dracula. 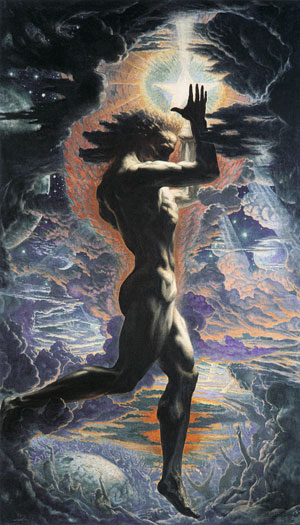 In Greek mythology, Prometheus was a son of the Titans, who created mankind out of clay, and was punished for stealing fire (understood metaphorically to mean: forbidden knowledge of writing, medicine, science, mathematics, agriculture; or any advanced technology) from Zeus. Because of Prometheus’ defiance and daring (metaphorically, for example in the works of Romantic poets like Shelley, Byron, and Goethe: the triumph of intellect over tyrannical church, monarchy, patriarchy), mankind is punished: In Hesiod’s version of the story, Zeus requires mankind to labor in order to survive. Hesiod also claims that after Prometheus’ theft of fire, Zeus sent Pandora to Prometheus’ brother Epimetheus, bearing a box (the original technological “black box”?) full of “evils, harsh pain and troublesome diseases which give men death.”

The defiance and daring of this generation, their scorn for religious, political, and sociocultural tyranny, not to mention the “proper” limits of knowledge, knew no limits. Two of the greatest New Prometheans — inventors Edison and Westinghouse — made stealing the fire from the gods not a metaphor but a reality. Nietzsche declared that God was dead; Lautréamont’s fictional character, Maldoror, has forsaken God and mankind. Parnell led the movement for Irish self-government; Louis Riel led two resistance movements against the Canadian government. Annie Besant was a women’s rights activist, and supporter of Irish and Indian self-rule; Lady Gregory was an important supporter of Irish cultural nationalism. Kate Chopin’s The Awakening (1899) portrayed the inner life of a woman who rejected her role as a businessman’s ornamental wife; it challenged conventional values and shocked many critics. Anarchists Albert and Lucy Parsons helped found the Industrial Workers of the World (Wobblies). Young members of the Decadent movement — in France, Joris-Karl Huysmans; in England, Oscar Wilde [honorary New Promethean] — declared themselves to be “against nature” itself. The James-Younger gang were guerrilla fighters turned outlaw; the anarchistic playwright Strindberg’s first play was titled The Outlaw.

Other members of this generation — Zeus-like — reacted violently against the New Promethean tendencies of the era (and against the influence of their immediate elders, the Original Decadent generation): Tsar Alexander III was a particularly retrograde monarch. Max Nordau’s Degeneration was an influential attack on so-called degenerate art, as well as a polemic against the effects of various social phenomena of the period, such as rapid urbanization. The term “comstockery,” meaning “censorship because of perceived obscenity or immorality”, is named after a New Promethean; while Carrie Nation claimed a divine ordination to promote temperance by smashing up bars. 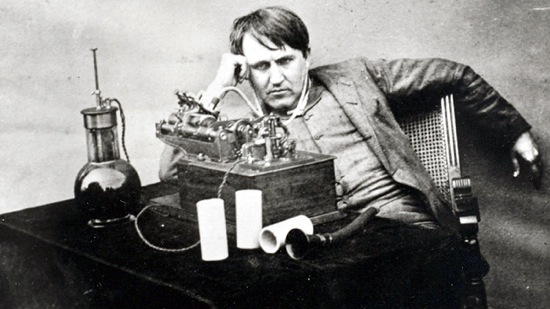 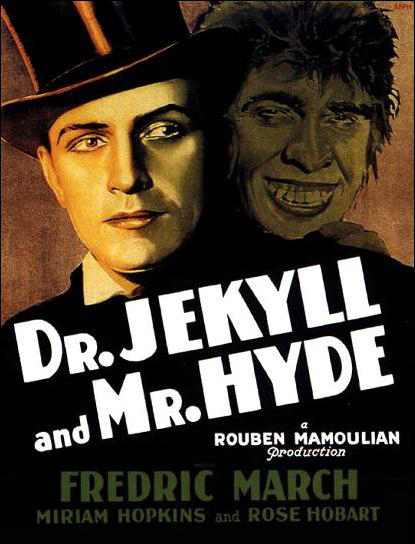 A note on New Promethean authors of Radium Age SF. Like the mother of modern SF, Mary Shelley (wife of Original Promethean Percy Shelley), who subtitled Frankenstein (1818) “The Modern Prometheus,” SF writers of the 1844-53 cohort question whether it’s wise for humankind to approach ever more closely the omniscience and omnipotence of God or Nature. Their fictions mirror contemporary anxieties about whether modern science and technology, from the actual (electrical devices) to the merely possible (robots), will ultimately prove helpful or harmful. New Promethean SF writers include: Robert Louis Stevenson (The Strange Case of Dr. Jekyll and Mr. Hyde; Jekyll is a prototypical overreaching scientist, dabbling in forbidden knowledge), Julian Hawthorne (“June, 1993,” The Cosmic Courtship), Godfrey Sweven (Riallaro, Limanora), Garrett P. Serviss (A Columbus of Space, The Second Deluge), Anatole France (“Through the Horn or the Ivory Gate,” The White Stone), George Haven Putnam (published Radium Age SF; wrote The Artificial Mother: A Marital Fantasy), and E.P. Mitchell (“The Man Without A Body,” “The Ablest Man in the World,” “The Story of the Deluge”). Also James L. Ford (honorary New Promethean), whose 1911 story “The Highbrow” suggests that the highbrow is a mutant species.