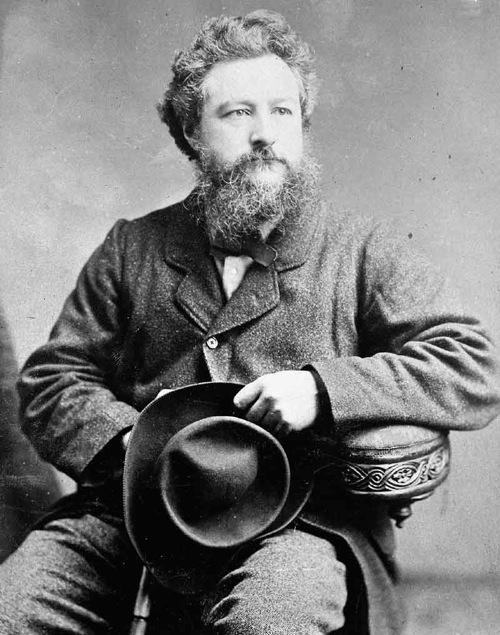 In his day, WILLIAM MORRIS (1834–96) made the personal political by marrying progressive ideas with aesthetics. He promoted medievalism, especially Gothic architecture, as the embodiment of socialist values — arguing that Brits in the Middle Ages had practiced communitarianism and cooperation in order to raise Gothic structures. (By founding the Society for the Protection of Ancient Buildings, in 1877, in order to restore Tewksbury Abbey, he pioneered the historic preservation movement.) Morris’s medieval-inflected fantasy novels, including The House of the Wolfings (1889), The Story of the Glittering Plain (1891), and The Well at the World’s End (1896), established the modern fantasy genre — influencing later masters like J.R.R. Tolkien and C.S. Lewis. (His 1890 science fiction novel News from Nowhere was also influential.) Too bad the visionary artist and author is now synonymous with middlebrow good taste and patterned wallpaper.

On his or her birthday, HiLobrow irregularly pays tribute to one of our high-, low-, no-, or hilobrow heroes. Also born this date: Dwight Macdonald, Billy Stewart, Harry Houdini, Nick Lowe, Wilhelm Reich.