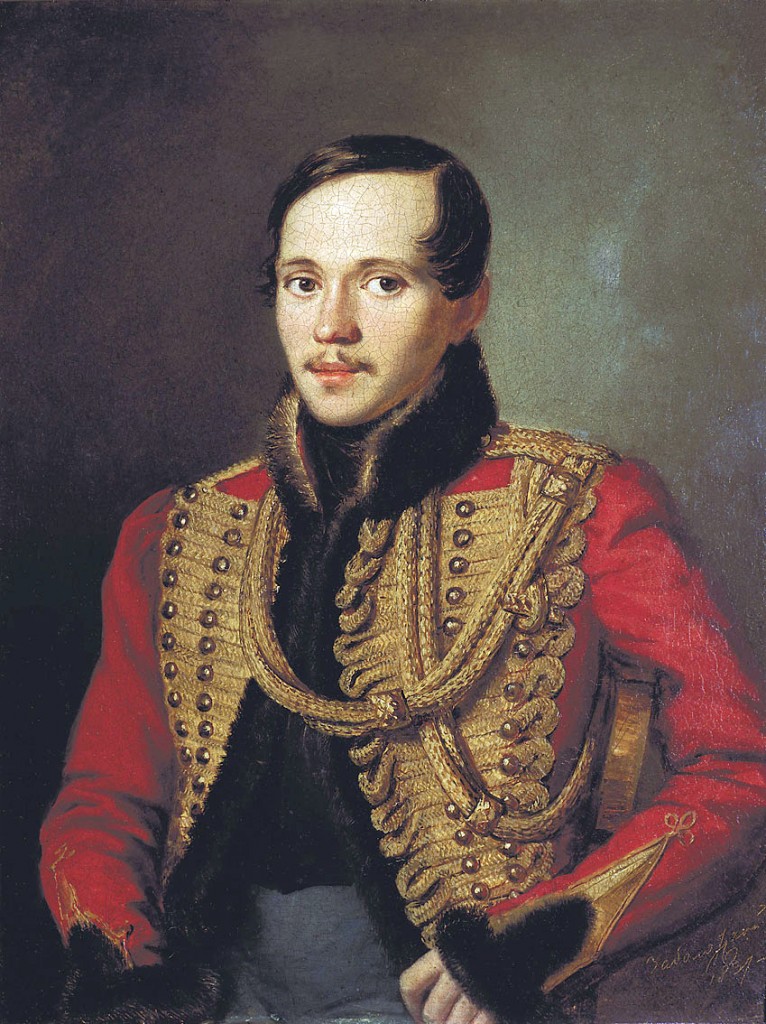 MIKHAIL LERMONTOV (1814–41) was made for now. Or at least his antihero Pechorin, of A Hero of Our Time (1840), was made for now. And if we can infer some resemblance between Lermontov and his creation, both intensely charismatic smart-asses whose mordant wits got them nearly (or in Lermontov’s case, nearly and actually) killed in duels, we can imagine how Lermontov/Pechorin would do. When has there ever been as good a time to be an alienated wealthy man, prone to manipulating those slower-witted and with predictable moral compasses? Such men appear everywhere in popular culture these days, but are far less radiant. One would have to look back to the various incarnations of the Vicomte de Valmont to find someone comparable. It’s not fair to assume too much correspondence between Lermontov and Pechorin; could Pechorin have created such staggering descriptions of the Caucusus? Lermontov is brilliant in the architecture of his novel, introducing Pechorin bit by bit, obliquely, through the stories of others, then in full color through his own diaries. We hear the brute facts of Pechorin’s life and of his fate first, then he comes to life in his own voice. Pechorin was out of place in Moscow, and out of place in the Caucasus… but Pechorin would kill on reality TV. His artisanal flair for emotional manipulation would make him ideally suited for The Bachelor or Big Brother: “To cause another person suffering or joy, having no right to do so — isn’t that the sweetest food of our pride?”

On his or her birthday, HiLobrow irregularly pays tribute to one of our high-, low-, no-, or hilobrow heroes. Also born this date: Isabella Lucy Bird, P.G. Wodehouse, John Kenneth Galbraith, Italo Calvino.

READ MORE about men and women born on the cusp between the Autotelic (1805–14) and Retrogressivist (1815–24) Generations.