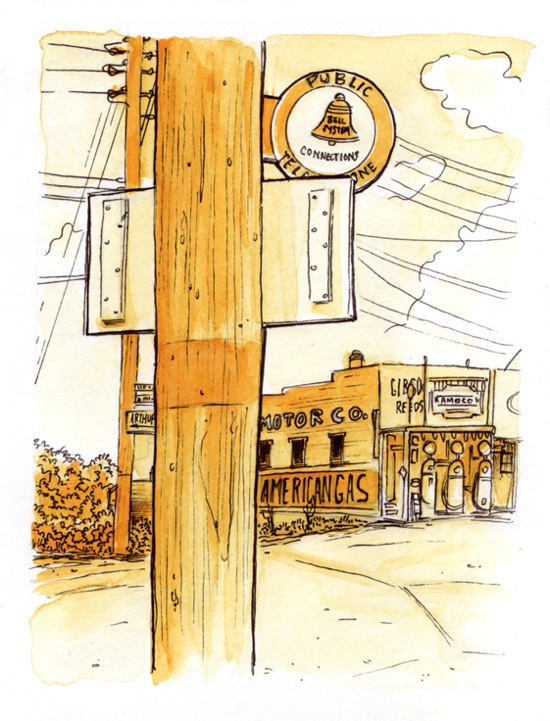 I lived in California for nearly ten years, and whenever I would take the interminable ride up or down The Five, I would stick my old Nikon F1 out the window and try to play WALKER EVANS (1903-75) with those brown and orange streaks topped with the high desert sky that occupy the middle of the state. Evans’ photos are dioramas, meticulously assembled and finally brought out into the light, each frozen moment as particular and delicate as a toothpick house. A rich kid riding the rails, Evans was inured to the devastation of the Depression; his work at times feels like a safari of poverty, but it doesn’t feel pedantic or arrogant. He was in love with his subjects, though from a distance: there’s a separation within his work that engenders a window-like aesthetic. Each image has an invisible frame, and thanks to Evans’ conscious line work, foreground objects slice each frame into comic-book panels that force you to read the image like a story. A story titled “America.”