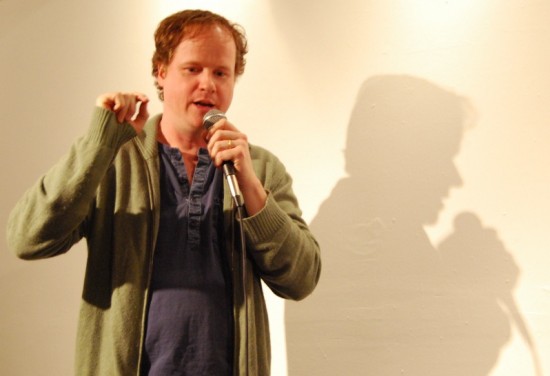 Television isn’t an auteur’s medium; the pace of production requires too much collaboration to credit one person as the author of the work. The seeming contradiction is that while TV doesn’t have an author, it is a writer’s medium that requires an entire cat-herd of writers. The rarest talent in the business is the ability to run a writer’s room, and nobody does that better than JOSS WHEDON (born 1964). Whedon’s understanding of the hoary screenwriting dictum “character is revealed through moral choice” is bone deep, perhaps because he’s a rare third-generation television writer. In each of his shows Whedon’s intuitive grasp of deep metaphor (and his light comic touch) has obscured the depth of these moral inquiries. Buffy the Vampire Slayer was sold as “Girlpower, Yay!” and lauded for literalizing the idea that High School is Hell, but its undercurrent was an unwavering appraisal of the cost and consequence of being Good. (Short answer: not puppies and rainbows.) Again and again the flashiness of his shows’ central conceit has overshadowed the grey-toned questions driving his narratives. Angel’s Film-Noir-With-Vampires turned constantly to the question of “Why do we bother to be Good at all when Good is not rewarded and our good intentions frequently cause harm?” Firefly’s space-western actually had the more Chandleresque bent as it explored how we make ethical choices on the broken margins of a compromised culture (“Down these mean spaceways…”). In Dollhouse the seeming science-fictional investigation of mutable identity (or, as his blog critics had it, “Joss’s mind-wiped whores”) wrapped around Whedon’s most cutting and subtle critique, which might be summed up as: “In a society where value is determined by what is bought and sold, and everything is for sale, capitalism itself is inimical to moral choice” (or, Noam Chomsky and the Mind-Wiped Whores). Which all sounds a bit “Russian Authors for $500, Alex,” when Joss Whedon is most famous for his quick, quippy dialogue, bantering flair for promotion and mancrush on Sondheim. But that’s the Dostoyevsky we get in turn-of-the-millenium America: a TV showrunner whose bleak moral quandries are slick with nancy-boy hair gel, and suffer the sudden but inevitable betrayal of small, plastic dinosaurs. How do you like his darkness now?