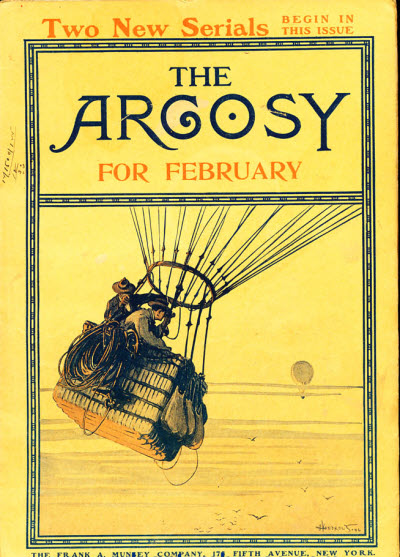 By 1907 The Argosy, which boasted a circulation of half a million, was second in circulation amongst all American magazines. (After this year, its circulation would begin to slip.) In March, Munsey introduced another specialist pulp, The Ocean, a short-lived magazine of sea stories. Meanwhile, the Monthly Magazine was renamed Blue Book.

Proto-sf coinages dating to 1907, according to the Historical Dictionary of Science Fiction: LITTLE GREEN MAN (a stereotypical inhabitant of outer space; an person of peculiar appearance). 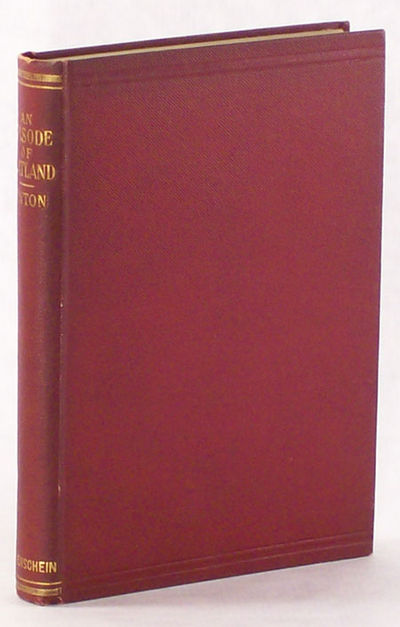 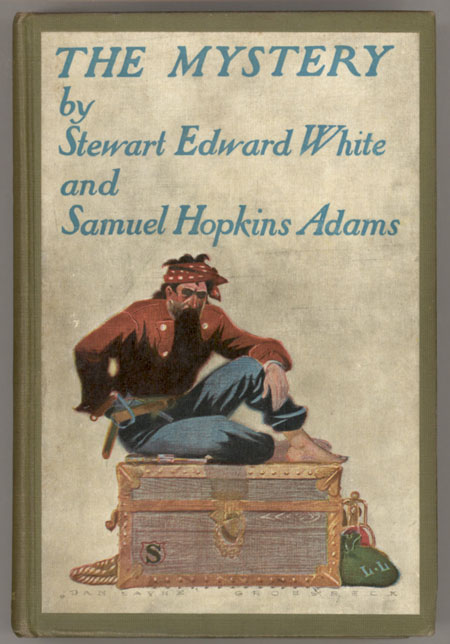 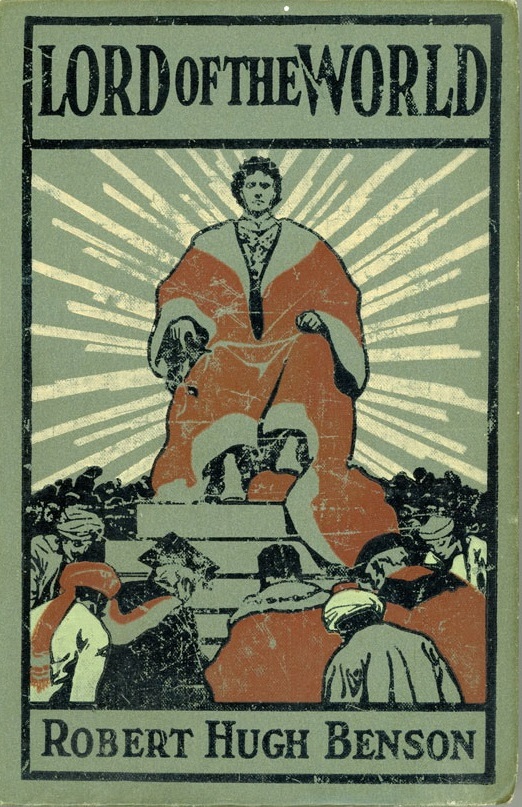 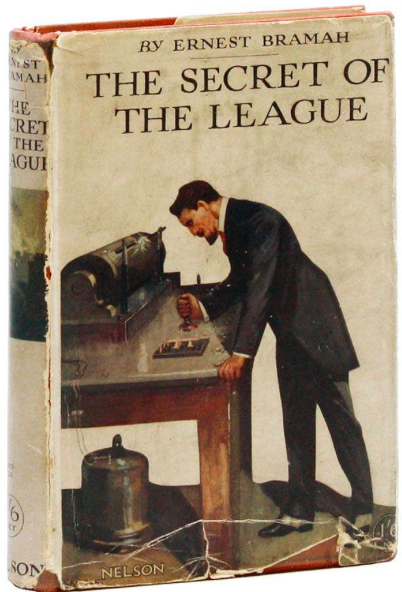 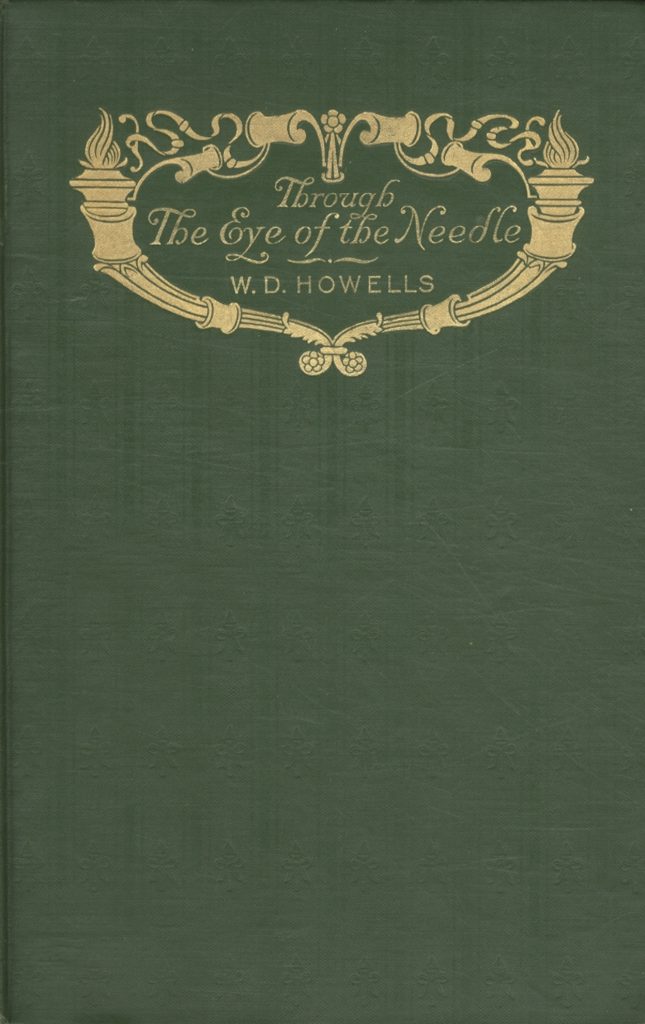 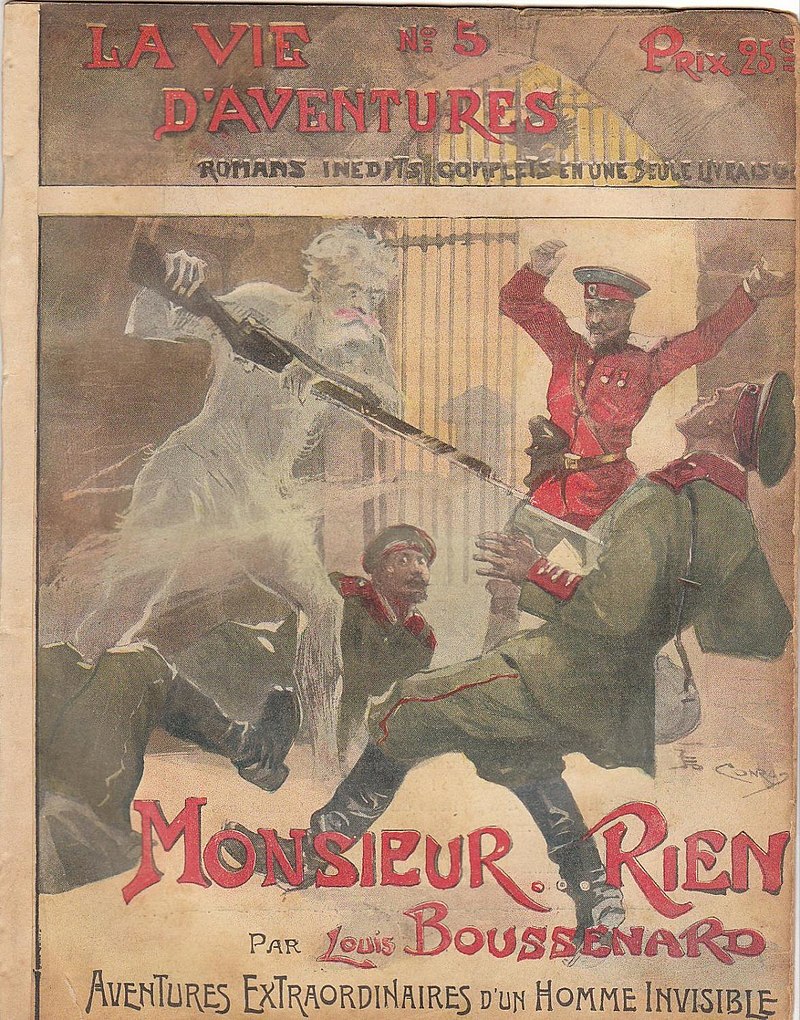 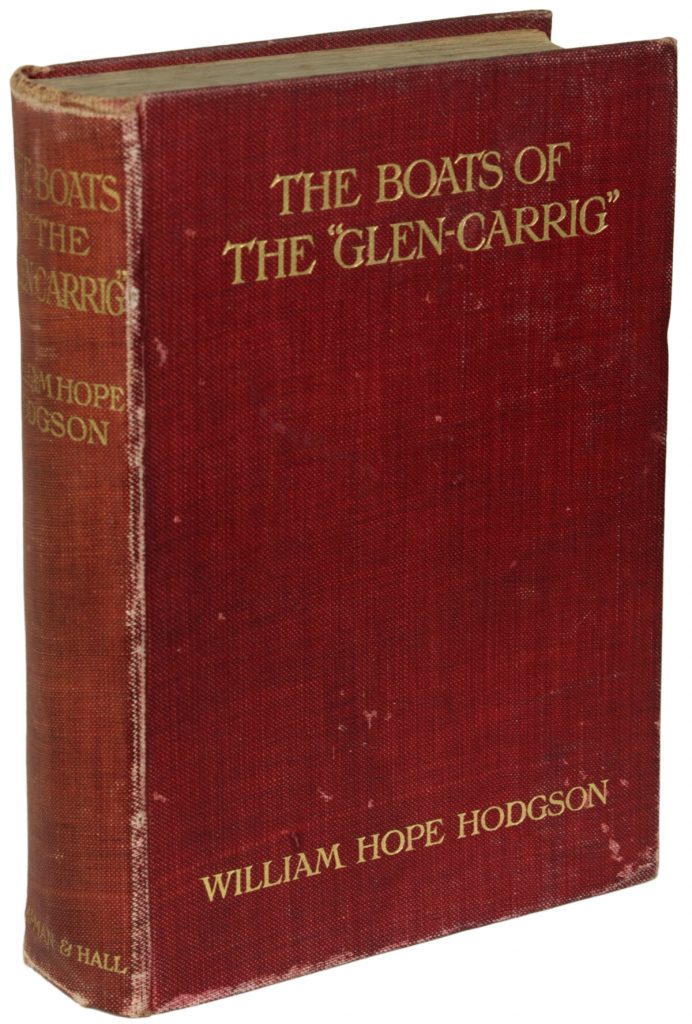 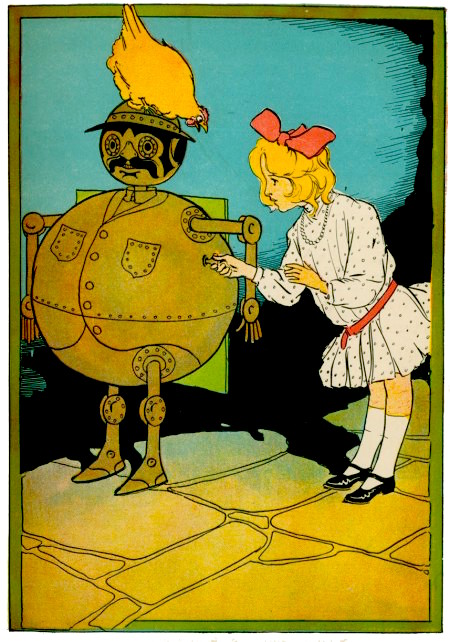 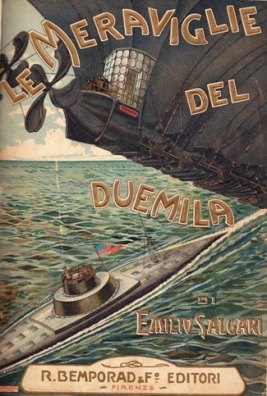 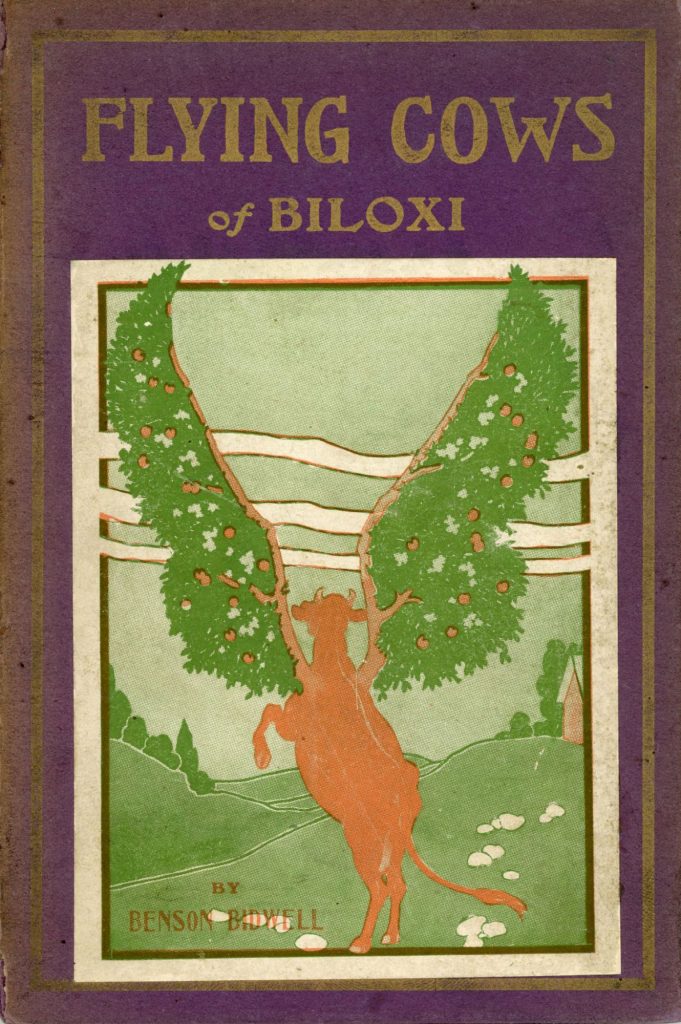 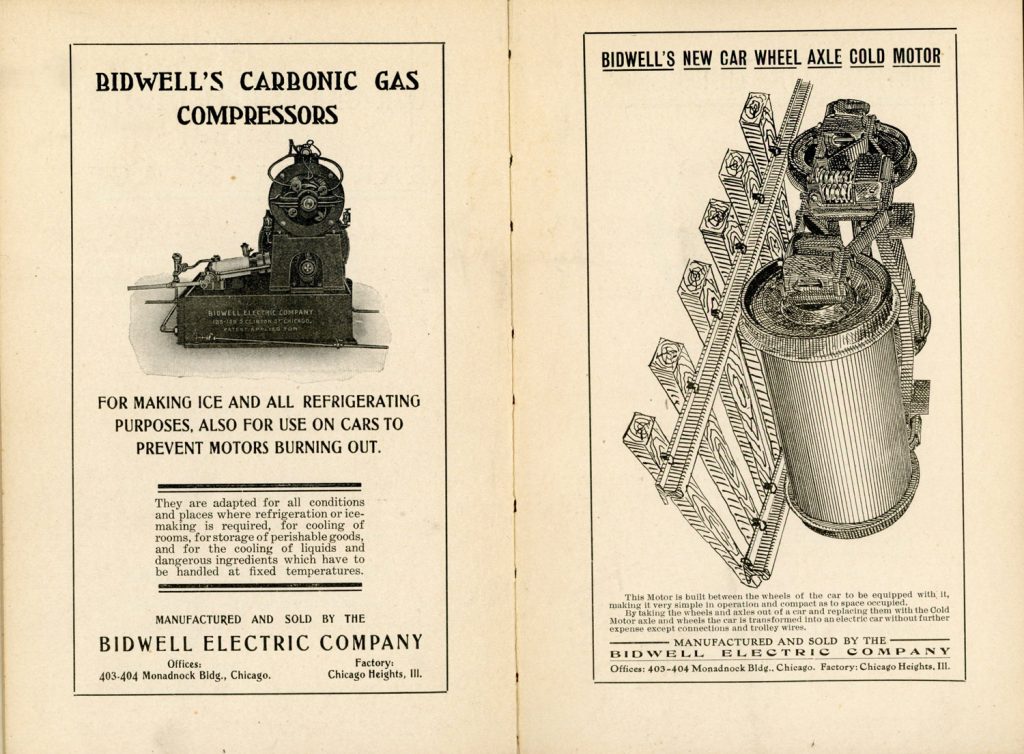 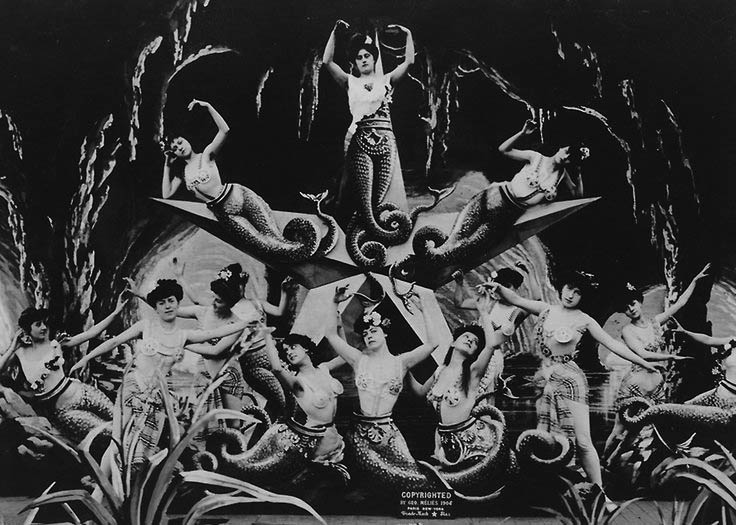 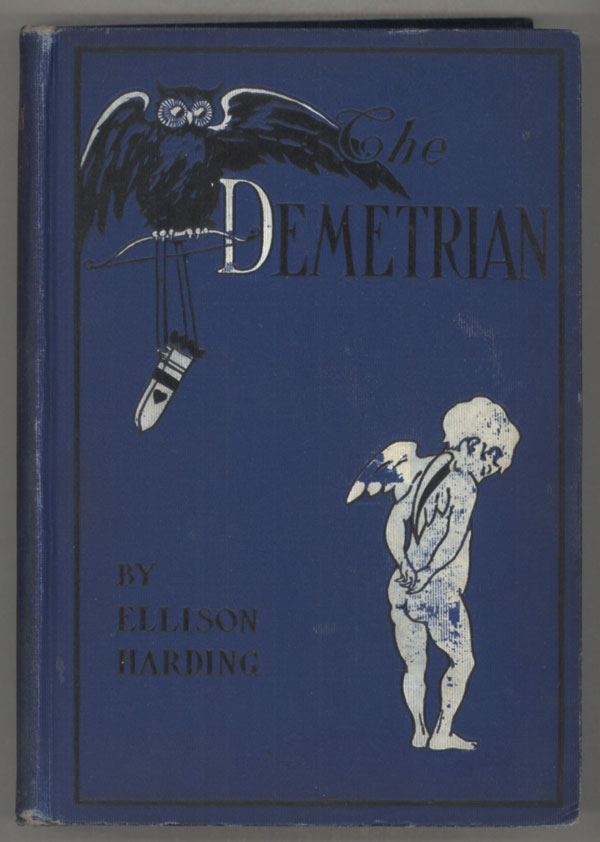 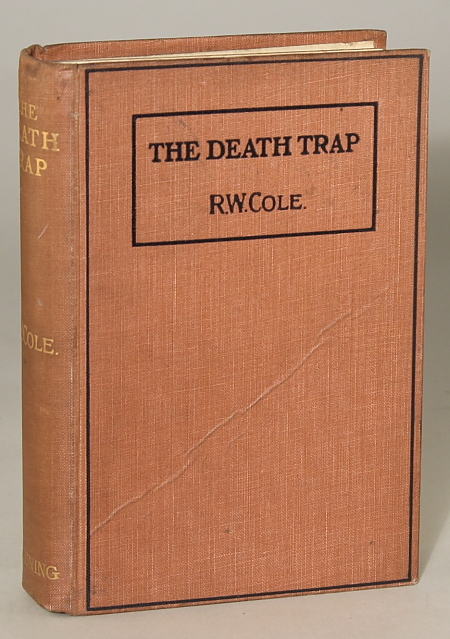 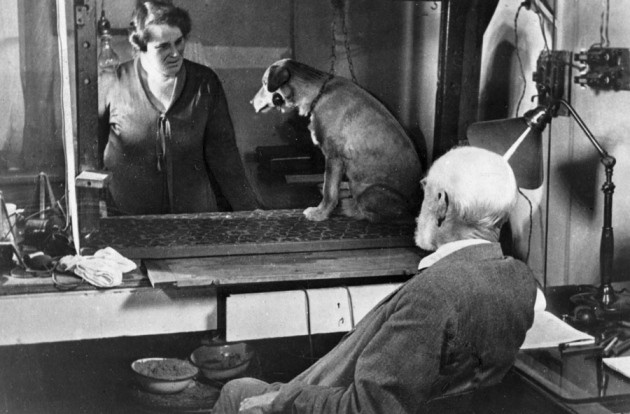 ALSO: Pavlov (shown above) studies conditioned reflexes. Lee de Forest invents the triode thermionic amplifier, starting the development of electronics as a practical technology. Leo Baekeland invents Bakelite, the first commercially produced plastic. Oklahoma becomes 46th state of the US; Rasputin gains influence at the court of Czar Nicholas II. Conrad’s The Secret Agent (depicts anarchists as vain, deluded — but the bourgeoisie is no better), Leblanc’s Arsène Lupin, gentleman-cambrioleur; Bergson’s L’Evolution créatrice (influential on sf), William James’ Pragmatism, private circulation of Henry Adams’ The Education of Henry Adams. Picasso’s 1907 painting Les Demoiselles d’Avignon — a proto-Cubist work. Baden-Powell founds the Boy Scouts, the Lusitania and Mauretania are launched; first daily comic strip (it will evolve into Mutt and Jeff) launched. Schoenberg breaks through to atonality in music in his Second String Quartet. Annie Besant becomes international president of the Theosophical Society — and will remain in the post until her death in 1933. Alfred Jarry drinks himself to death.

Bergson’s Creative Evolution appears, and quickly becomes the source of the “Bergson legend.” Bergson’s project in Creative Evolution is to offer a philosophy — a metaphysics, really, appropriate for modern science — capable of accounting both for the continuity of all living beings and for the discontinuity implied in the evolutionary quality of this creation. The real obeys a certain kind of organization, namely, that of the “qualitative multiplicity” — a temporal heterogeneity, in which “several conscious states are organized into a whole, permeate one another, [and] gradually gain a richer content.” (What Sartre would call a non-totalizing totality, I think.) By its very nature, our intelligence — which is adapted to the requirements of social life in general and language in particular — fails to recognize this ultimate reality. There’s an occult aspect to this: Because a qualitative multiplicity is heterogeneous and yet interpenetrating, it is inexpressible.

In Creative Evolution, Bergson argues that there must be an original common impulse which explains the creation of all living species; this is his (in)famous élan vital. Second, the diversity resulting from evolution must be accounted for as well. (If the original impulse is common to all life, then there must also be a principle of divergence and differentiation that explains evolution; this is Bergson’s tendency theory.) Third, the two main diverging tendencies that account for evolution can ultimately be identified as instinct on the one hand and intelligence on the other. Human knowledge results from the form and the structure of intelligence, which consists of an analytic, external, hence essentially practical and spatialized approach to the world. Unlike instinct, then, human intelligence is unable to attain to the essence of life in its duration (“qualitative multiplicity”). The effort of intuition is what allows us to place ourselves back within the original creative impulse so as to overcome the numerous obstacles that stand in the way of true knowledge. The grasping of the processual, dynamic nature of time and matter described by Bergson requires a great effort of intuition, since all the exigencies of everyday social and physical human life work to push it aside.

NOTE: As a result of criticism of perceived metaphysical and irrational aspects of his thought, Bergson was dismissed by influential early twentieth-century philosophers such as Bertrand Russell (1912). Bergson’s philosophy would fall out of favor, and wouldn’t be rediscovered until Deleuze would develop his notion of the “virtual,” with its differential makeup, via reference to Creative Evolution in Bergsonism (1966).

From 1907–1911, the Swiss linguist, semiotician and philosopher Ferdinand de Saussure delivered a series of lectures at the University of Geneva. These were later collected, by two of his students, as the Cours de linguistique générale, setting forth a proposed science of “semiology.” The book would become a fundamental influence on structuralism — a general theory of culture and a methodology which implies that elements of human culture can only be fully understood by way of their relationship to a broader system.

The essence of the “Saussurean revolution” in linguistics, it has been said, is that language was prescribed to be viewed not as a chaotic totality of facts but as an edifice in which all elements are bound to one another; and his theory of a two-tiered reality about language (the first is the langue, the abstract and invisible layer, while the second, the parole, refers to the actual speech that we hear in real life.) Saussure was known to attend séances and was interested in Theosophy.

Saussure’s claim that language works through relations of difference, which place signs in opposition to one another, and his emphasis on surfacing an abstract and invisible “structure” that shapes and guides our perception and behavior… “rhymes” with what esotericists of the era were exploring. Also compare the credos of abstract artists. For example, Malevich’s The Non-Objective World (1927) says, of the abstract movement he’d founded in 1913, that “To the Suprematist, the visual phenomena of the objective world are, in themselves, meaningless; the significant thing is feeling, as such, quite apart from the environment in which it is called forth.”