ALL INSTALLMENTS SO FAR
***
The Moment That Did Not Count

And that is really all the story save for the moment Jurgen paused on his way home. For Koshchei (if it, indeed, was Koshchei) had quitted Jurgen just as they approached Bellegarde: and as the pawnbroker walked on alone in the pleasant April evening one called to him from the terrace. Even in the dusk he knew this was the Countess Dorothy.

“May I speak with you a moment?” says she.

“Very willingly, madame.” And Jurgen ascended from the highway to the terrace.

“I thought it would be near your supper hour. So I was waiting here until you passed. You conceive, it is not quite convenient for me to seek you out at the shop.”

“Why, no, madame. There is a prejudice,” said Jurgen, soberly. And he waited.

He saw that Madame Dorothy was perfectly composed, yet anxious to speed the affair. “You must know,” said she, “that my husband’s birthday approaches, and I wish to surprise him with a gift. It is therefore necessary that I raise some money without troubling him. How much — abominable usurer! — could you advance me upon this necklace?”

Jurgen turned it in his hand. It was a handsome piece of jewelry, familiar to him as formerly the property of Heitman Michael’s mother. Jurgen named a sum.

“But that,” the Countess says, “is not a fraction of its worth!” 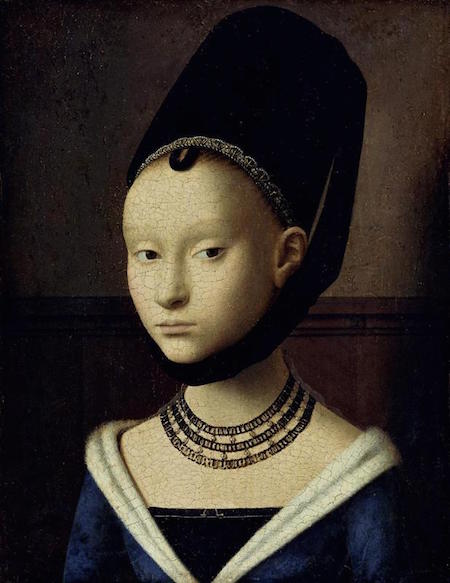 “Times are very hard, madame. Of course, if you cared to sell outright I could deal more generously.”

“As to that, madame, I could make you an imitation in paste which nobody could distinguish from the original, I can amply understand that you desire to veil from your husband any sacrifices that are entailed by your affection.”

“It is my affection for him,” said the Countess quickly.

“I alluded to your affection for him,” said Jurgen — “naturally.”

Then Countess Dorothy named a price for the necklace. “For it is necessary I have that much, and not a penny less.” And Jurgen shook his head dubiously, and vowed that ladies were unconscionable bargainers: but Jurgen agreed to what she asked, because the necklace was worth almost as much again. Then Jurgen suggested that the business could be most conveniently concluded through an emissary.

“If Messire de Nérac, for example, could have matters explained to him, and could manage to visit me tomorrow, I am sure we could carry through this amiable imposture without any annoyance whatever to Heitman Michael,” says Jurgen, smoothly.

“Nérac will come then,” says the Countess. “And you may give him the money, precisely as though it were for him.”

“But certainly, madame. A very estimable young nobleman, that! and it is a pity his debts are so large. I heard that he had lost heavily at dice within the last month; and I grieved, madame.”

“He has promised me when these debts are settled to play no more — But again what am I saying! I mean, Master Inquisitive, that I take considerable interest in the welfare of Messire de Nérac: and so I have sometimes chided him on his wild courses. And that is all I mean.”

“Precisely, madame. And so Messire de Nérac will come to me to-morrow for the money: and there is no more to say.”

Jurgen paused. The moon was risen now. These two sat together upon a bench of carved stone near the balustrade: and before them, upon the other side of the highway, were luminous valleys and tree-tops. Fleetingly Jurgen recollected the boy and girl who had once sat in this place, and had talked of all the splendid things which Jurgen was to do, and of the happy life that was to be theirs together. Then he regarded the composed and handsome woman beside him, and he considered that the money to pay her latest lover’s debts had been assured with a suitable respect for appearances.

“Come, but this is a gallant lady, who would defy the almanac,” reflected Jurgen. “Even so, thirty-eight is an undeniable and somewhat autumnal figure, and I suspect young Nérac is bleeding his elderly mistress. Well, but at his age nobody has a conscience. Yes, and Madame Dorothy is handsome still; and still my pulse is playing me queer tricks, because she is near me, and my voice has not the intonation I intend, because she is near me; and still I am three-quarters in love with her. Yes, in the light of such cursed folly as even now possesses me, I have good reason to give thanks for the regained infirmities of age. Yet living seems to me a wasteful and inequitable process, for this is a poor outcome for the boy and girl that I remember. And weighing this outcome, I am tempted to weep and to talk romantically, even now.”

But he did not. For really, weeping was not requisite. Jurgen was making his fair profit out of the Countess’s folly, and it was merely his duty to see that this little business transaction was managed without any scandal.

“So there is nothing more to say,” observed Jurgen, as he rose in the moonlight, “save that I shall always be delighted to serve you, madame, and I may reasonably boast that I have earned a reputation for fair dealing.”

And he thought: “In effect, since certainly as she grows older she will need yet more money for her lovers, I am offering to pimp for her.” Then Jurgen shrugged. “That is one side of the affair. The other is that I transact my legitimate business, — I, who am that which the years have made of me.”

Thus it was that Jurgen quitted the Countess Dorothy, whom, as you have heard, this pawnbroker had loved in his first youth under the name of Heart’s Desire; and whom in the youth that was loaned him by Mother Sereda he had loved as Queen Helen, the delight of gods and men. For Jurgen was quitting Madame Dorothy after the simplest of business transactions, which consumed only a moment, and did not actually count one way or the other. 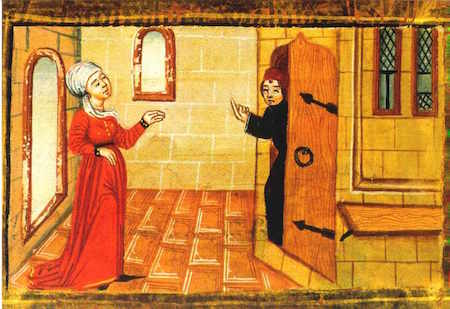 And after this moment which did not count, the pawnbroker resumed his journey, and so came presently to his home. He peeped through the window. And there in a snug room, with supper laid, sat Dame Lisa about some sewing, and evidently in a quite amiable frame of mind.

Then terror smote the Jurgen who had faced sorcerers and gods and devils intrepidly. “For I forgot about the butter!”

But immediately afterward he recollected that, now, not even what Lisa had said to him in the cave was real. Neither he nor Lisa, now, had ever been in the cave, and probably there was no longer any such place, and now there never had been any such place. It was rather confusing.

“Ah, but I must remember carefully,” said Jurgen, “that I have not seen Lisa since breakfast, this morning. Nothing whatever has happened. There has been no requirement laid upon me, after all, to do the manly thing. So I retain my wife, such as she is, poor dear! I retain my home. I retain my shop and a fair line of business. Yes, Koshchei — if it was really Koshchei — has dealt with me very justly. And probably his methods are everything they should be; certainly I cannot go so far as to say that they are wrong: but still, at the same time —!”

Then Jurgen sighed, and entered his snug home. Thus it was in the old days.