First in a series of translations/variations of epic poems.

***
THE LIFE AND DEATH OF PATROCLUS SON OF MENOETIUS 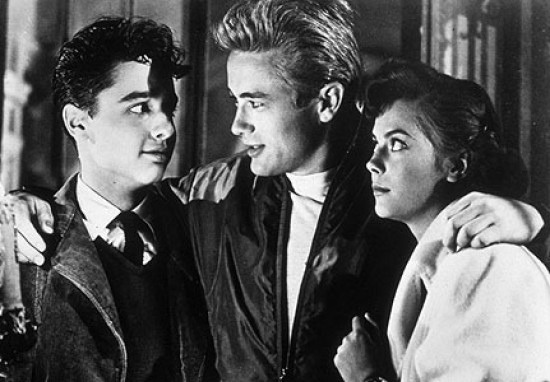 Homer, Iliad 1.408-415
Look, Patroclus said, It isn’t so bad. It’s just one man for another. You don’t care about them anyway. They’re interchangeable to you.

No, you look, Briseis said, Agamemnon’s going to hate me. Every time he sees me he’ll think about Chryseis. He’ll beat me up. I thought you’d understand. Us whores have to stick together.

You’re not a whore, Patroclus said, even if you are a prize of war.

You are, Briseis said, even if you aren’t a prize of war. You’re Achilles’ dog.

Shut up. Pinch your cheeks so you blush. You’ll look better.

So Patroclus led Briseis out and handed her to Agamemnon’s men. Peleus’ son Achilles wept, slipping away from his companions, and Patroclus did not follow. He went back inside the tent.

Homer, Iliad 11.710-728
Achilles shouted for him. Patroclus came, looking up to the decks of the ship where Achilles stood. Achilles was mountainous, bronzed. His muscles bunched and slid beneath his skin. He was more beautiful than Briseis, Patroclus judged.

What is it, Patroclus asked. Do you need me? A stupid thing to ask, all round. He became stupid around Achilles. He couldn’t help it. It was something about the skin. Stupefyingly bronze.

Go ask who Nestor’s helping in from the fight, Achilles said. It looks like Machaon, but they went too fast for me to see.

They went by in a chariot, Patroclus said. I’ll never catch them.

I believe in you, Achilles said.

I become stupid around Achilles, Patroclus thought. He ran after the chariot like a dog after a station wagon.

Homer, Iliad 15.457-475
Patroclus told Eurypylus about the time Achilles bet him he wouldn’t fuck a goat. The story didn’t seem to make Eurypylus feel better. It wasn’t surprising. The arrow through Eurypylus’ leg hadn’t hit an artery, but it still didn’t look good. Someone came by with a stinky mash to put on it. They said it was a medicine, but it just made the wound look inflamed. Eurypylus didn’t want that either, but who cared what Eurypylus wanted? He’d probably be dead soon anyway.

Shit, Patroclus said. I can’t stay here any longer. Let me get you a slave to take care of you instead. She’ll tell better stories, and at least if you feel like you’re dying you could get off one last time.

I thought you might do that for me, butt-boy, Eurypylus said.

He didn’t really mean he was sorry. Patroclus knew that. Nobody did when they made those jokes. Yeah, everyone makes jokes about Patroclus, it’s a fact of life.

Look, Patroclus said, I might be a butt-boy, but maybe I can talk Achilles into fighting. He likes sex and battle. Maybe Aphrodite will help me, even though she’s all for the Trojans. I’ve got my wiles, yeah?

Patroclus posed and limp-wristed it. The persuasion of a comrade has its powers, he said. Eurypylus laughed like they were friends. Patroclus felt dirty.

Who cared what Eurypylus said or did or saw? He’d probably be dead soon anyway.

Homer, Iliad 16.1-24
You look like a sissy crying and running for me, Achilles said. Hey Patroclus, what’s wrong? Did Jimmy steal your doll again? Or is it something serious? It’s not like your dad died. Unless it just happened I guess. I mean someone just told me he was OK and my dad too.

Shut the fuck up. We’re being routed, Patroclus said.

Homer, Iliad 16.100-119
Look, Patroclus. I’m sorry I was such a dick before. Stop the rout and then get back here. I didn’t mean to call you a sissy but you aren’t half as good as me and you know it. Get back here and don’t tempt fate. Let other people do the clean-up. I’ll be waiting for you. I know you love it when you come home from battle and I’m waiting here like wifey. So come back to me, don’t do something stupid.

Jesus God, I wish all the Trojans would die in a fire. Hey, maybe then you and me could fuck in the ruins. That would be pretty awesome.

Homer, Iliad 18.24-38
When Antilochus stopped talking Achilles fell down. It was like a bullet hit him. Boom. Down in the ashes. He was scrabbling at his face and hair.

Shit, man, don’t do this, Antilochus said. Stop it. Do you want them to laugh at him more? Everybody knows Patroclus liked to take it in the ass. If you’re gonna cry like he was your wife you’ll make him a laughingstock.

The slaves came out of their tents, though, and they were crying too. The slaves were women and for a moment Achilles looked like one of them. His lovely long fair hair was spoiled with ash.

Patroclus was so nice, the women wailed. He kept us safe.

The women around them wailed. Achilles wailed.