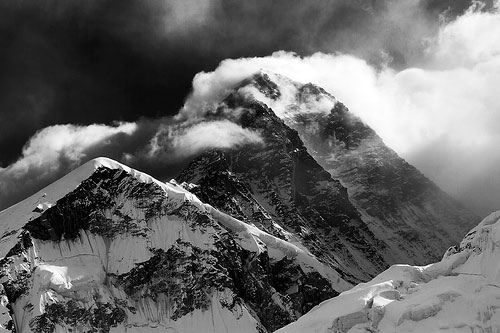 You know it wasn’t always there. There was a definite point when it was; and a time before, when it wasn’t. There is a line you could draw, between now and then, here and there; this is a truth about maps, and time. But your pen hesitates over the paper; although it must be so, you are not, finally, sure.

It seems like it’s been hovering around your peripheral vision for ages, shimmering —there?— just past the edge of awareness. Oddly, you can’t remember any construction, or even anything in the papers; yet it is large, and striking. Out of the palimpsest of neo-colonial woodframes, ex-mill barracks and efficiency-first strip malls that comprise your city, this is the first building you can remember that seems not built for any specific purpose. A gleaming charcoal pyramid of polarized glass, it looks like something from a movie, or a dream of outer space. There is no sign. But you know its name of course, you’ve always known it — the Ministry of Love.

It’s clever, that name; a challenge from the past, edgy, ironic. The original story was excessive — there’s no need for a totalitarian dystopia; the only thought-control anyone’s really interested in concerns shopping habits, and we are gleefully complicit in our niches and targets. What’s wrong with getting more of what you want? You don’t need to be convinced of 2+2=5 in order to use the convenience card. You saved $19.84 today? Have a nice day!

Of course it’s a “lifestyle agency,” the one behind some of the better campaigns, like those ’90s car ads with no car, shaping desire by suggesting the ideas around it. A massive marketer that no one’s ever heard of; now they’ve decided to flip the approach and blanket us with brand awareness. The Ministry of Love could sell us anything, for any purpose, and we’d love it ha ha. If advertising is everywhere it might as well be good, right?

You find yourself becoming more and more impressed with the building, its presence, its lines. Is it an I. M. Pei, or a Gehry, or . . . well, those are the only two you know. But it does look like a “who” and not just a “what.” You bring it up in conversation, seizing the vaguest pretense to refer. And everything does refer — the world spins around the object of your fascination, is infused with it, explains and is explained by it. But, it’s strange . . . no one wants to discuss it. They’ll hardly even acknowledge seeing it. In fact, you notice odd looks, that seem not so much directed at the idea of the building as at you; as if you’ve transgressed some unseen line, as if the building should be allowed to colonize the city, the vision, the mind, in silence. With silence. Two plus two is not five, after all; it’s zero: two sine waves in perfect cancellation.

You notice that people stop talking when you come up to them; they turn their eyes away, vaguely uncomfortable; they are endlessly on their way elsewhere. No one goes out after work anymore, or if they do, you don’t know about it. You organize your inbox, but there are no new messages. You think about exercising, going back to the gym. You find yourself circling the building, pacing deliberately, examining its angles and planes. A slight indentation in the glass may indicate a door, or a slot for a keycard — or it may be just another design element, or an errant trick of light. You peer in but see only yourself in reflection, distorted, incomplete. At night, is there a slight glow from its tip? You’re not sure, it disappears when you try to look at it directly. It is difficult to sleep. Your heart hurts.

Then one night you wake up — at least, you think it was night — and they had come for you. At least, you think they had come. You had thought about the building so much it swallowed you whole! But it’s no metaphor. You are here, in a smooth, featureless room, grey carpet, grey couch, recessed light, no windows. A slight indentation that may or may not be a door. Some faint hums and beeps from elsewhere, down a hall perhaps. Everything looks expensive. You suppose the decor is meant to calm but it seems oppressive in its consistency; it takes effort to breathe.

No one comes. Why don’t they ask you questions, interrogate you, tell you what they want? That’s how these stories are supposed to go. You try to think of how you are guilty, what you might have done. You mutter, you cry, you attempt to confess some things, although you think they might be things you read in a novel — it’s all a bit ridiculous, and you stop. No one comes.

You think back, to your outside life. But it seems already distant and unclear. You try to focus. What do they want? Are they trying to break you? To erase you? Maybe — to have you erase yourself? They took your phone; the silence is maddening. There’s no explanation, no demands, no dialogue, no sentence. No one comes. 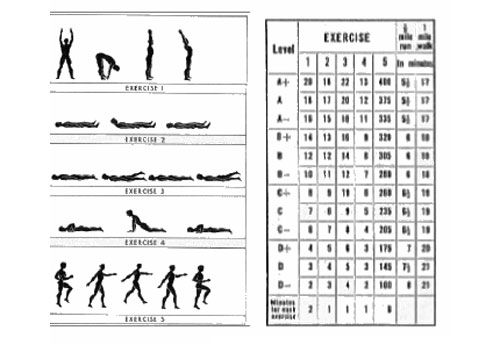 You try to do some exercises, remembering those Royal Canadian Air Force drills from school — jumping jacks, right? Squat thrusts. Push-ups. Running in place. You try to remember your life story, or at least some stories from your life. You start reciting them out loud, for practice. Your voice sounds rusty, like you haven’t used it in a long time. Maybe you haven’t. You fall silent again. No one comes.

Wherein lies madness, after all? You imagined a line: this side, normal; that, not. It should be evident where you are, how far from the center. Like a map: here be dragons. Here. But now you see there is no line, no clear demarcation between clarity and chaos. It is more a swirl of increasing intensities, those guardians of the highest peaks, the lowest valleys, the far ends of the earth. At first perhaps it is only a single element — wind, rain, a slight instability. Subtle, more felt than seen. As it intensifies other elements join in, and ones already present become stronger, more insistent. Still, it is comprehensible: a storm. There are appropriate actions, a proper attitude, gear, information. You make adjustments, you struggle on. It is not until it is too late, until it has swirled into a massive confusion of black and grey, with flashes of lightning and a lost horizon, that you realize a line has been crossed. You feel the drop of vertigo and the elemental spin. Fight or flight? Where to make your stand? The enemy is all around you, and invisible. And you are no longer sure of where escape might lie, or what it might mean, except for: not here. Not this. 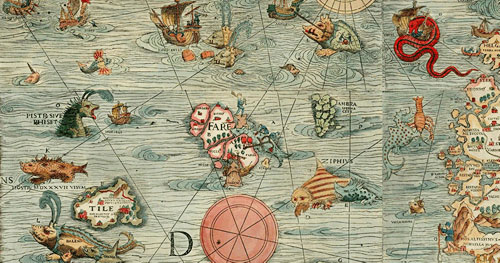 Some say that this is the true nature of things, this furious flux, which can only be perceived in extremis; and from which we return, if we return, damaged, wiser, yet strangely imprecise as to the territory and ourselves. As if we might better describe our obscure objects of desire by their periphery, shifting from opacities to outlines in the opposing air. And yet along those edges, unnamed forces surge through possibilities, escaping temporal imprisonment, as resistant to observation as the blackest hole, the brightest sun. We stand with our nets and capture the gaps, defining space in distinctions of string.

You notice a slight indentation, running from your clavicle down the center of your chest. At least, you think it’s an indentation. It may be just a shadow, or perhaps you’ve always been like that. Perhaps everyone is. You can’t remember ever checking.

Time passes; no one comes. You are done with peaks and troughs, a light grey creature in a light grey room. You’ve thought of everything, and nothing changes. Besides, even if you understood it, would that be better? Understanding is only a prelude to activity, to alteration and change. You see now that there’s no possibility in this space; you’re still here, it is still. No one comes.

Eventually — inevitably — you wake up at home.

You sit at the kitchen table, thinking nothing, as you’ve practiced. You don’t look out the window, where a reflective edge glints in the periphery. You don’t need to look at it, you know where it is. You know what it is. You remember now: forms, a waiting list, a lot of money. It was experimental; it was a success. It’s inside you: they have replaced your heart, you can feel the perfect lines asserting their mirrored geometry. You understand that you have been made better, improved, that it will work forever and not break. J’ai besoin d’arrache-coeur— how many times had you repeated that to the air? Who wouldn’t want to be improved, better? That’s what all the advertising is about, after all. And the advertising is right. You pick up your bag and feel for your keycard, brushing your thumb over the familiar sans-serif font, white against charcoal grey: Ministry of Love. Your polarized sunglasses reflect the day. It’s time to go back to work. 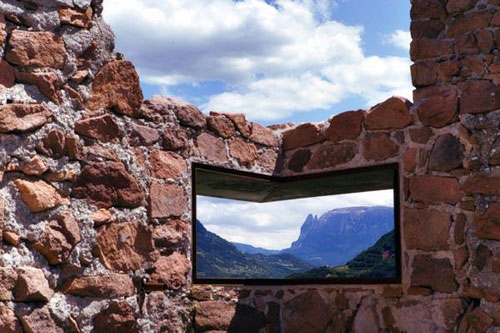