Fatima, can you hear me? 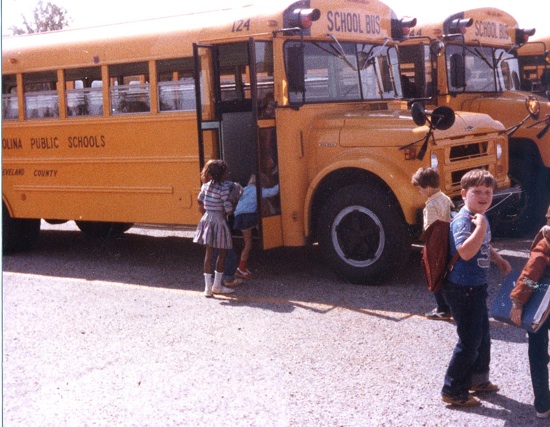 I remember the back of her head. The sun through the window of the school bus lit up her coarse, straightened hair on that side. It was shiny there. She had a pink plastic barrette pinching the end of her high, braided ponytail, and at the nape of her neck, tiny black curls were growing in, waiting to eventually be pulled and straightened, too. The rest of her hair was tight, tight, tight along her skull. The collar of her shirt, resting flat on her shoulders, had little red dots — maybe strawberries? — and a loopy lace trim. She seemed to be watching the curb or the parked cars as I watched her.

She didn’t seem to pay attention to the other kids on the bus, and I didn’t fault her for that. They were always loud and often ruthless. I, myself, tried to be as small as I could. The week before, they had hidden a used, wet maxi-pad in her coat pocket. “Because I’m a Jehovah’s Witness,” she’d told me quietly. I had not replied. I did not see a connection between the two, and I was embarrassed by my ignorance. I noted that she wore a trench coat; I didn’t see a stain on the pocket area. I wondered if she dressed like her mother.

Look at me. Fatima.

She never did turn around.

Rachel Ellis Adams’ story was the winning entry in our third micro-fiction contest. The contest ended on April 25, 2010.