ALL INSTALLMENTS SO FAR
***
Invention of the Lovely Vampire

So again Coth parted with his son in anger, and Jurgen returned again toward Barathum; and, whether or not it was a coincidence, Jurgen met precisely the vampire of whom he had inveigled his father into thinking. She was the most seductively beautiful creature that it would be possible for Jurgen’s father or any other man to imagine: and her clothes were orange-colored, for a reason sufficiently well known in Hell, and were embroidered everywhere with green fig-leaves.

“A good morning to you, madame,” says Jurgen, “and whither are you going?”

“Why, to no place at all, good youth. For this is my vacation, granted yearly by the Law of Kalki —”

“And who is Kalki, madame?” 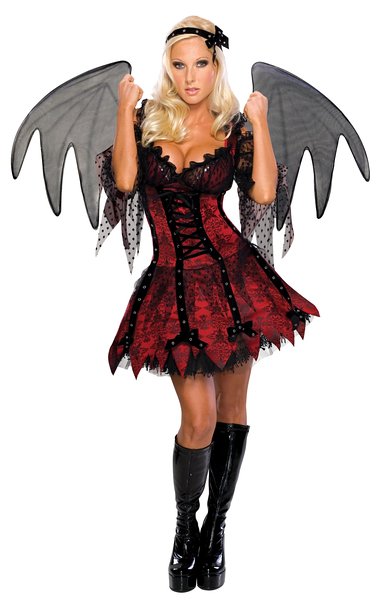 “Nobody as yet: but he will come as a stallion. Meanwhile his Law precedes him, so that I am spending my vacation peacefully in Hell, with none of my ordinary annoyances to bother me.”

“Why, you must understand that it is little rest a vampire gets on earth, with so many fine young fellows like yourself going about everywhere eager to be destroyed.”

“But how, madame, did you happen to become a vampire if the life does not please you? And what is it that they call you?”

“My name, sir,” replied the Vampire, sorrowfully, “is Florimel, because my nature no less than my person was as beautiful as the flowers of the field and as sweet as the honey which the bees (who furnish us with such admirable examples of industry) get out of these flowers. But a sad misfortune changed all this. For I chanced one day to fall ill and die (which, of course, might happen to anyone), and as my funeral was leaving the house the cat jumped over my coffin. That was a terrible misfortune to befall a poor dead girl so generally respected, and in wide demand as a seamstress; though, even then, the worst might have been averted had not my sister-in-law been of what they call a humane disposition and foolishly attached to the cat. So they did not kill it, and I, of course, became a vampire.”

“Yes, I can understand that was inevitable. Still, it seems hardly fair. I pity you, my dear.” And Jurgen sighed. 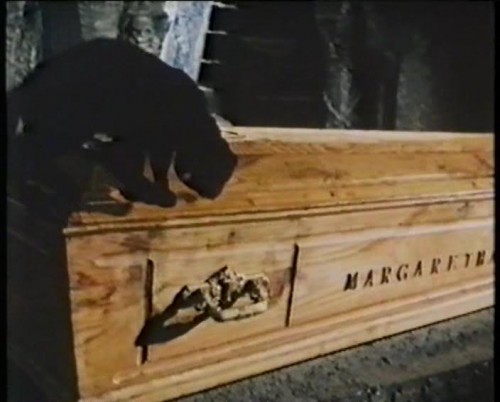 “I would prefer, sir, that you did not address me thus familiarly, since you and I have omitted the formality of an introduction; and in the absence of any joint acquaintances are unlikely ever to meet properly.”

“I have no herald handy, for I travel incognito. However, I am that Jurgen who recently made himself Emperor of Noumaria, King of Eubonia, Prince of Cocaigne, and Duke of Logreus; and of whom you have doubtless heard.”

“Why, to be sure!” says she, patting her hair straight. “And who would have anticipated meeting your highness in such a place!”

“One says ‘majesty’ to an emperor, my dear. It is a detail, of course: but in my position one has to be a little exigent.”

“I perfectly comprehend, your majesty; and indeed I might have divined your rank from your lovely clothes. I can but entreat you to overlook my unintentional breach of etiquette: and I make bold to add that a kind heart reveals the splendor of its graciousness through the interest which your majesty has just evinced in my disastrous history.”

“Upon my word,” thinks Jurgen, “but in this flow of words I seem to recognize my father’s imagination when in anger.”

Then Florimel told Jurgen of her horrible awakening in the grave, and of what had befallen her hands and feet there, the while that against her will she fed repugnantly, destroying first her kindred and then the neighbors. This done, she had arisen.

“For the cattle still lived, and that troubled me. When I had put an end to this annoyance, I climbed into the church belfry, not alone, for one went with me of whom I prefer not to talk; and at midnight I sounded the bell so that all who heard it would sicken and die. And I wept all the while, because I knew that when everything had been destroyed which I had known in my first life in the flesh, I would be compelled to go into new lands, in search of the food which alone can nourish me, and I was always sincerely attached to my home. So it was, your majesty, that I forever relinquished my sewing, and became a lovely peril, a flashing desolation, and an evil which smites by night, in spite of my abhorrence of irregular hours: and what I do I dislike extremely, for it is a sad fate to become a vampire, and still to sympathize with your victims, and particularly with their poor mothers.”

So Jurgen comforted Florimel, and he put his arm around her.

“Come, come!” he said, “but I will see that your vacation passes pleasantly. And I intend to deal fairly with you, too.”

Then he glanced sidewise at his shadow, and whispered a suggestion which caused Florimel to sigh. “By the terms of my doom,” said she, “at no time during the nine lives of the cat can I refuse. Still, it is a comfort you are the Emperor of Noumaria and have a kind heart.”

“Oh, and many other possessions, my dear! and I again assure you that I intend to deal fairly with you.”

So Florimel conducted Jurgen, through the changeless twilight of Barathum, like that of a gray winter afternoon, to a quiet cleft by the Sea of Blood, which she had fitted out very cosily in imitation of her girlhood home; and she lighted a candle, and made him welcome to her cleft. And when Jurgen was about to enter it he saw that his shadow was following him into the Vampire’s home. 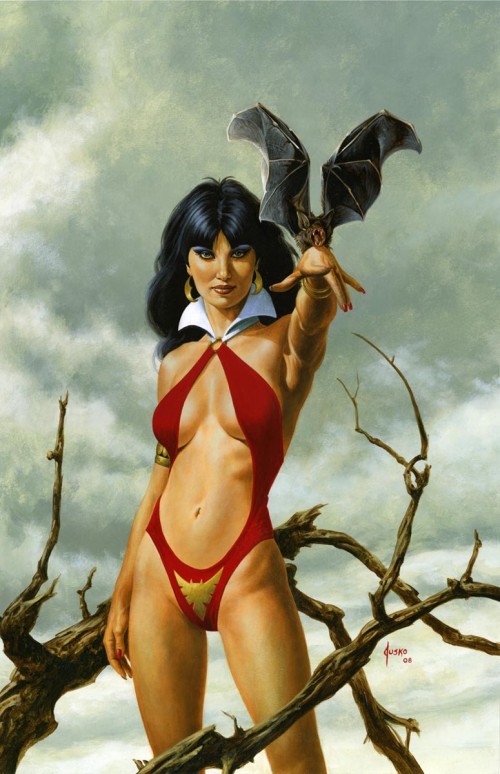 “Let us extinguish this candle!” says Jurgen, “for I have seen so many flames to-day that my eyes are tired.”

So Florimel extinguished the candle, with a good-will that delighted Jurgen. And now they were in utter darkness, and in the dark nobody can see what is happening. But that Florimel now trusted Jurgen and his Noumarian claims was evinced by her very first remark.

“I was in the beginning suspicious of your majesty,” said Florimel, “because I had always heard that every emperor carried a magnificent sceptre, and you then displayed nothing of the sort. But now, somehow, I do not doubt you any longer. And of what is your majesty thinking?”

“Why, I was reflecting, my dear,” says Jurgen, “that my father imagines things very satisfactorily.”

* Vampire — A vampire, says an old document, is a “dead person who continues to live on in the grave; who at night ascends from his tomb as an apparition in order to suck the blood of the living by which he maintains his body in the earth unemaciated and incapable of decay.” A vampire could be destroyed only by driving a stake through the heart of the corpse and then burning the body.

* Kalki — Kalki is the white horse that the Hindu god Vishnu will ride in his tenth and last incarnation, when he comes to destroy the world. It is Mr. Cabell’s pleasure to confuse Kalki with the silver stallion of Poictesme; and he has named the uniform edition of his works, which bear a stallion rampant, enclosed in a circle, in the lower right-hand corner of the front cover, the Kalki Edition.

* Florimel is a character in The Faerie Queene – or rather, she is roughly two of them, one of which is a deceitful imitation, the work of Archimago.