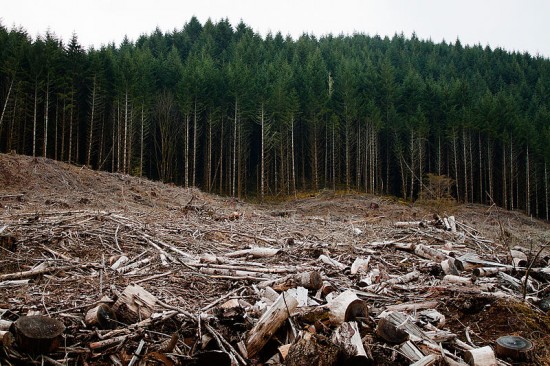 Before contact, some three hundred indigenous languages were spoken throughout the Americas north of Mexico. The Chinook people of the lower Columbia River lent their words to Chinook Jargon, a trade pidgin cobbled together of indigenous languages and French and English that was spoken all the way up the Pacific Northwest coast. The tale below was not in Chinook Jargon, however, but in the unique tongue of the Kathlamet tribe of the Chinook nation, a people who lived along the mouth of the Columbia River. This tale, and many more from the Kathlamet’s misty, glimmering mythworld, was collected by Franz Boas, and published by him as a Bulletin of the Bureau of American Ethnology (no. 26, 1901). Boasian anthropology consisted above all in a spirited empiricism, at once scrupulous in its recording and enthralled with the dividing spark of the human imagination. Recorded as “The Myth of the Elk,” the tale below is freely translated and adapted from Boas’ literal interlinear version of the story told to him by Charles Cultee, one of three living speakers of Kathlamet Chinook at the time. There we find preserved the groves of rhythmic repetition and the resinous inflections of the Kathlamet tongue, which died with Charles Cultee; and these were not to be the only tales Franz Boas would reduce from a doomed tongue.—MB

THERE WERE FIVE of them. The eldest one said, “Tomorrow, I’m going to look for people.”

“You know your own mind,” his brothers said to him.

Early he arose; he took his arrows. Then he went; he went and went, a long way. He saw a house, and when he reached the house, he opened the door. There was an old man on his bed.

“O grandson, you came indeed. This hunger is killing me. But there are many elk here. All I ask is that you leave food for me when you go.”

“All right, I shall leave food for you,” he replied. Out he went. The old man even told him where to stand to wait for the elk to come. So he stood there, until he heard someone shouting, “Ah, it’s coming!”

He saw it coming — an elk from a long way off. He shot at it, and still it came, so he shot at it again. And then the elk was there, and it jumped on him and devoured him. Then it took off its clothing; it was that old man.

It got dark, and the elder brother did not come home. The next younger brother said, “Tomorrow I shall go to look for him, our elder brother.” When day came, he took his arrows and went; he went and went, a long way. He saw the house, and when he reached it, that old man was there.

“O grandson, you came indeed! Your elder brother came; look what he left me: the skin of the elk. He left it as food for me! He slept right here. Just now, he went looking for the women who go berry picking. You shall leave food for me too, so go — there are elk near here.” He told him where to stand, too.

Soon came the shouting: “Ah, it’s coming!” Younger brother saw the elk coming. He shot it twice; it jumped on him, and he was devoured. The old man went home, carrying his skin with him.

The next two brothers came, one after another; you know what happened to them. The world was getting very quiet.

That night he dreamed that a person said to him, your brothers were killed by a monster. You think it was an elk? It was a monster killed them. When you go, scratch the fat of the elk skin and you’ll see.

In the morning he made ready; he cried. Then he went, and so did his dog. He saw the house. He thought: there it is the monster’s house. He arrived; he opened the door.

“O grandson, you came indeed!” said the old man. “My grandson has a dog! Its name is Flint.” Then the old man grew afraid. “The women are singing today,” he said, “and your brothers are with them. They left this elk for me.”

The youngest brother scratched the fat of the skin, and the old man started with pain.

“The elk and I have one skin together,” he explained. “Now, you leave elk for me, too, when you go.”

The youth went out with his dog. He made five lakes. Just like that: Lkak¡oLe’tXEmaX! There is a way you used to be able to say it like that and make it so, but those words are all gone.

“Beware now,” he said to his dog; “make your heart strong. The old man is a monster who wants to devour us.” And he placed one of his five quivers of arrows next to each lake. Then he went inside. “Come,” he said to the old man. “Let’s go inland and hunt elk.”

Out they went; the old man told him where to stand. Then he shouted: “Here, it’s coming!” The youth saw an elk coming. And he shot it. And shot, and shot, and shot shot shot it all day, and when he was out of arrows he jumped into the lake. The monster drank up all the water. Then he ran to the next lake, shot all the arrows in that quiver, and then jumped in; the monster drank it up, too. Flood and drought had gone to war, and so it continued, lake by lake and at the fourth lake, finally, the monster devoured the dog. The youth ran to his last lake and started shooting, the monster saying, “Heh! You can’t conquer me! I’ll devour you, too.” At last out of arrows altogether, he jumped into the lake; the monster drank it up and devoured him.

It’s worth mentioning that he had a small knife.

The crow was sitting in a spruce tree, singing, “Make light grandchild, light!”

The monster said, “I wish you were down here so I could devour you too.”

But then the youngest brother cut open the monster, cut the strings of its heart. The dog was inside too, and Flint helped him kill it. The crow helped, too. The dog and the youth climbed out, took its skin, and cut it into small pieces. They threw the pieces away. The pieces became prairies, big ones and small ones. And amidst all those prairies, all those mountains filled with elk, all those houses empty of their monsters and there brothers, there was no one left but the youth who knew what the crow’s words meant when she sang —

“Make light, grandchild, light,” grandma crow sang. It wasn’t the best poem they had ever sung, but it was the only one they had left.