Hem and the Flood 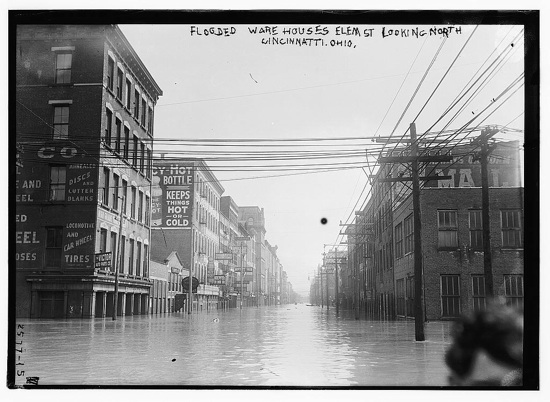 Rain fell for 517 days straight. Nights too. As the storms kept on, many coastal cities began to sink under water. And citizens moved inland in masses, searching for higher ground. Theories came, solutions too, but rising waters and the disintegration of communities so constrained widespread communication that most simply felt lost, left alone to fend for themselves.

Ernest Hemingway spent most of this time sailing around the Caribbean in a boat he bought no more than a week before the rain began. And for most of this time, he remained drunk and unaware of the real devastation of such a rainstorm. Still by the end of the first year of rain it struck him that he had been given some duty. And in what began as a truly noble act of heroism, Ernest Hemingway navigated north in search of survivors.

The trip did not prove all that successful. Somewhere near Florida, Hemingway rescued a dog that was inexplicably swimming with no land in sight.

He named the thing Pilar.

But after that Hemingway felt his duty tiresome. He much preferred lying back and shouting obscenities at the dog he now had with him, the one who took everything agreeably. And so in his final days he took to little more than predicting the deaths of his once-contemporaries.

Pound, Burned, he said once to a captivated Pilar.

It was the final act of grace in the days of the flood.

Timothy Raymond’s story was the winning entry in our second micro-fiction contest. The contest began on March 22, 2010 and ended on March 31. Judges: HiLobrow coeditors Matthew Battles and Joshua Glenn; and Patrick Cates, HILOBROW’s Magister Ludi. Raymond will receive a snazzy HiLobrow t-shirt, and his story was recorded last night as part of the third episode of “Parallel Universe: Pazzo,” our Radium Age Science Fiction podcast. The podcast will be posted to HiLobrow in a few days.

Congratulations to these authors, too! We’ll publish their stories next week.

See All Posts by Timothy Raymond

Timothy Raymond studies contemporary American literature at the University of Wisconsin–Milwaukee, where he also teaches writing. His stories have appeared or are forthcoming in Necessary Fiction, The Northville Review, The Battered Suitcase, Word Riot, Cantaraville, and others.